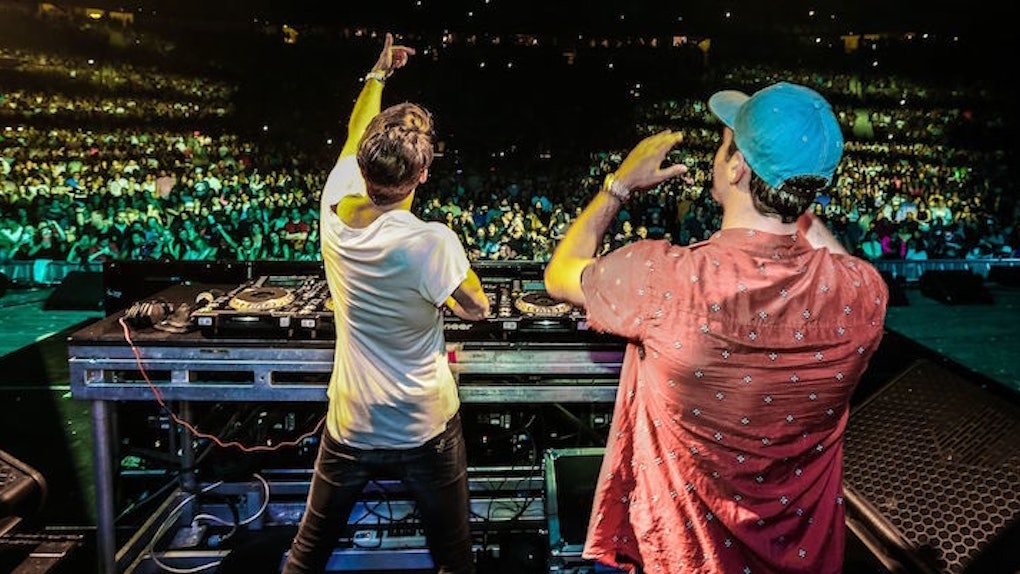 When The Chainsmokers dropped "Closer," the world was changed forever.

The song became the pregame anthem for college students across America. Every frat blasted it at tailgate parties, and people belted the lyrics at the bar.

The only way to get blackout officially became sitting in a house with a couple of friends taking shots to Halsey's vocals.

"ONE MORE TIMEEE," your wasted self probably shouted at your BFF a million times.

I'm not judging, don't worry. We've all been there. "Closer" is the perfect song to listen to in any situation. Pregaming the bar? Check. Commuting to work? Got it. Studying for a test? Definitely. Working out in the gym? For sure.

If you're obsessed with "Closer" just as much as the next person, then I've got good news for you.

The Chainsmokers just dropped a new song so you can add a second track to your pregame playlist. The song is called "All We Know" and it has over 2.5 million views on YouTube in just 24 hours.

Alex Pall and Drew Taggart teamed up with Phoebe Ryan to create the masterpiece. Phoebe and Drew's vocals sound hella good together so it's basically a "Closer" part two.

Sit back and take a listen. Close your eyes! Really soak it up.

Twitter seems to think so! People are commenting on how "All We Know" and "Closer" basically sound the same.

I don't think the similarity between "All We Know" and "Closer" is necessarily a bad thing, though.

Instead of only having one song to request at the bar, we now have two!

Now let's listen to "Closer," justttt to compare it. ONLY LISTEN ONE TIME, OK? PROMISE?

Who am I kidding? Turn that shit up and play it for mama.