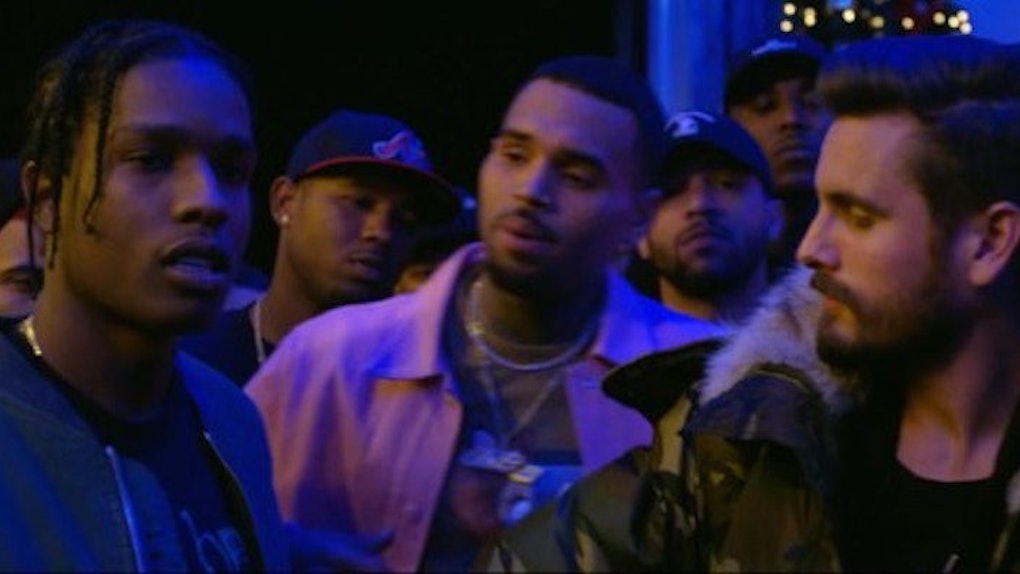 What's one thing Scott Disick and Chris Brown have in common?

They both star in C Breezy's latest music video for "Picture Me Rollin'" off his new album, Royalty.

Apparently, they also both love f*cking chicks. In the video, The Lord rings up Chris at the perfect time.

Chris... Yo, you gotta come over here. I really can't f*ck all these bitches without you.

He says that just after he shouts to the three "bitches" in the background,

Hey, it's understandable on the f*cking Porsche but off the Lambo, bitch!

Speaking of kids, baby mama Kourtney Kardashian is struggling to coparent with Disick because he's been in and out of rehab over the past several months. This video probably won't help his case.

Who knew these two were even friends?