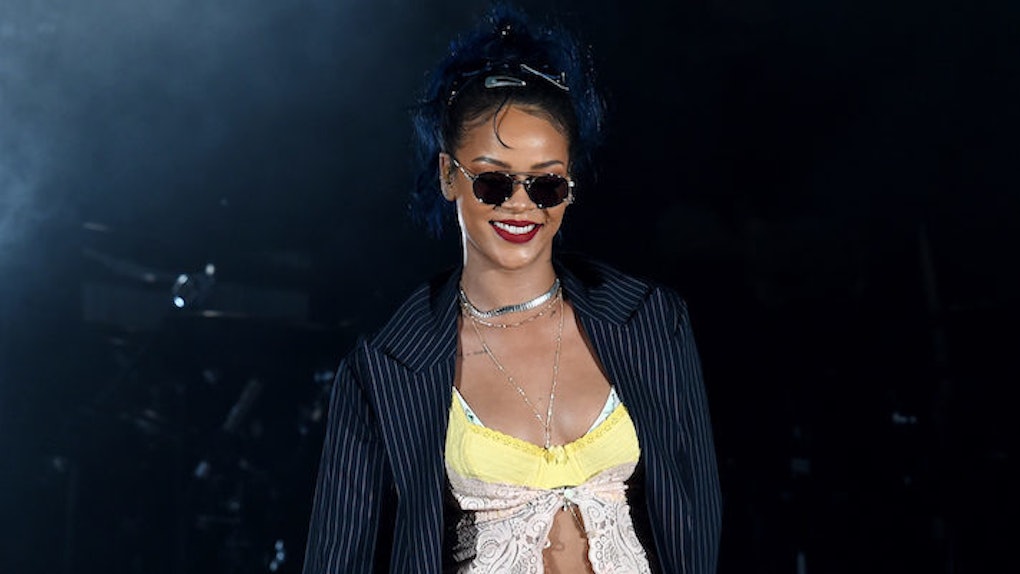 It's Alive! Here's How You Can Listen To Rihanna's New Album 'ANTI'

For the first time in over three years, Rihanna has gifted us with a new album, ANTI.

I think I hear a million hallelujahs echoing in the distance...

It has 13 songs in total, featuring collaborations with Drake and SZA.

While we haven't got the full list of collabs just yet, Complex reports DJ Mustard produced "Needed Me."

There's also a chance Hit-Boy helped out with "Woo."

Another thing that makes it awesome: This album is nothing we've heard before. None of RiRi's previous singles -- "FourFiveSeconds," "Bitch Better Have My Money," "American Oxygen" -- made it onboard ANTI.

There's also a cover of Tame Impala's "New Person, Same Old Mistakes" on the album that is straight-up DOPE. FIRE.

In other words, you should check out ANTI for yourself now that it's officially been released.

You can listen to the full album on TIDAL, here.