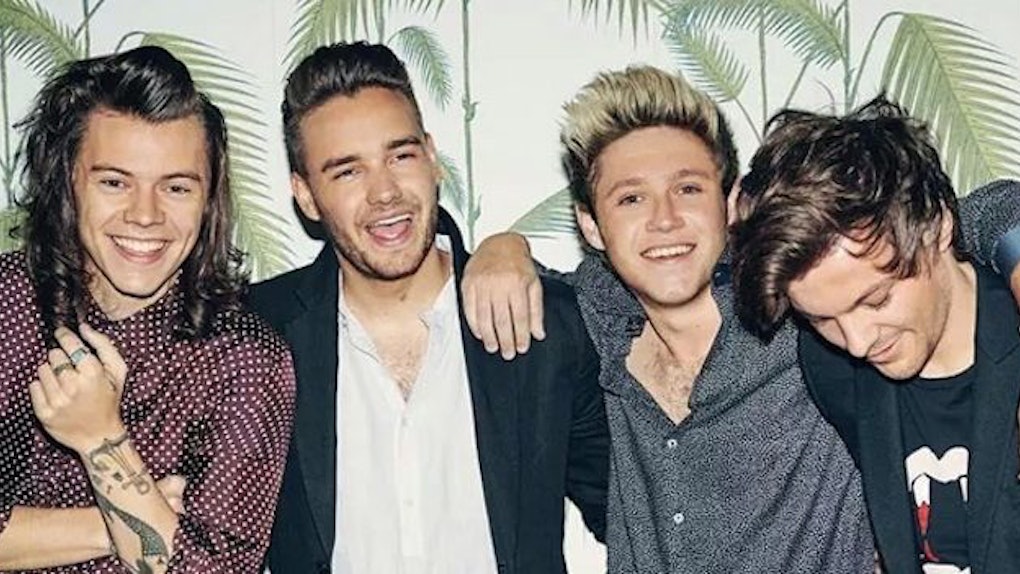 All of a sudden, the Zayn-less One Direction world we live in just got very real.

In March, One Direction went from being a five-part music machine to a heartthrob quartet when Zayn Malik unexpectedly left the band.

Though the world stood still that day, deep down inside, we all secretly believed the clouds would part, the nightmare would end and Zayn would return to the group, making One Direction whole again.

Fans still holding out for Malik's return were dealt a crushing blow earlier this morning when One Direction released their first track sans Zayn on Spotify and iTunes.

The song is called “Drag Me Down,” and you should probably listen to it. Liam really needs you to listen to it.

Louis and Niall also tweeted about the song's release.

We wanted you guys to have our new single first so here it is! http://t.co/Nnp8jrBnEg — Louis Tomlinson (@Louis_Tomlinson) July 31, 2015

Harry sorta tweeted about it, too.

Is Harry OK? Someone should check on Harry.

Teens are doing their best to try and cope with the new song, but it isn't going too well.

WHILE LISTENING TO THE SONG, I DON'T KNOW WHY I ACTUALLY WAITED TO HEAR ZAYN'S SOLO #DragMeDown — DRAG ME DOWN IS PERF (@pxnkrockerxx) July 31, 2015

Some fans, who are clearly in denial about the whole thing, are even claiming they still hear Zayn's voice in the song.

The world is a little darker today.