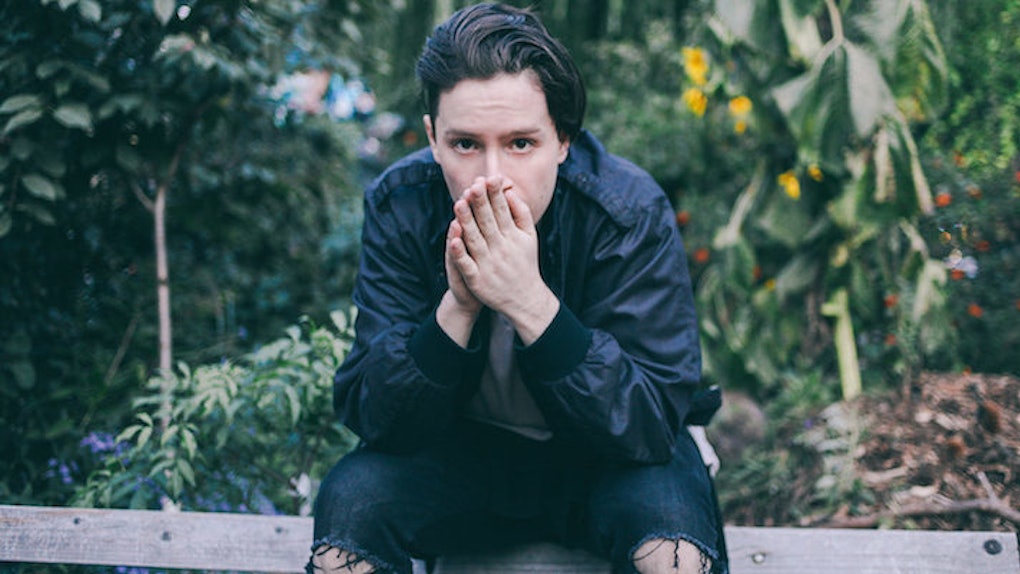 Meet OnCue, The Brooklyn Rapper Ready To Rock The Heineken House At Coachella

The first time I met OnCue, he was on a BMX bike, on a roof at a house party in Fairfield, Connecticut, getting the entire party leveled up to 11.

It was then, I immediately became a fan.

At the time, his music was more college scene than anything, but since that fateful meeting way back in 2010, OnCue has developed a new, grown-up style all his own. And now, he's about to show it off at the Heineken House at Coachella.

"It was through my mentor, my friend and collaborator of mine, Just Blaze," OnCue recently told Elite Daily about how he got the call to Coachella.

The 27-year-old artist from a small town called Newington, Connecticut, has really created something with which fans all over can connect.

His sound is a little bit indie rock, a touch of rap and a good dose of R&B, while his lyrics are nothing short of personal diary, as he says,

My mom raised me to tell the truth and I'm honest to a fault.

When asked about his influences in music, OnCue says Kanye West may have made the most profound impact because, like OnCue, Kanye was just an "average kid... trying to be creative and innovative."

And like Kanye, Jay Z and others OnCue mentioned, his music comes from something both deep inside himself, yet also wholly relatable to others.

“A lot of it stems from this very human place," he says, adding, "The bulk of my work is very personal. It stems from, whether it be my opinion on things, to actual anecdotes,9;. to what happened in my own life."

For those who can't attend the Coachella Valley Music and Arts Festival in this weekend or next, I asked OnCue for two songs that would let people get to know him most as a man and an artist.

I'm so excited to release this. It's honest. It feels so good. I somehow on this project found how to be even more myself. I just kind of learned how to re-invent the wheel with this project.

For those who can't wait, OnCue says to listen to his song, “This View From Here,” adding,

It encapsulates what my music has been about. It's honest, transparent; it's aggressive, but it has some soul and melodic feel to it.

As for his Coachella performance, we're sure he's going to rock it based on pure enthusiasm alone. OnCue says,

I've definitely had trials and tribulations throughout my career but it's fucking Coachella. It's crazy.

Check out OnCue and the entire curated lineup from Just Blaze each Saturday at the Heineken House.