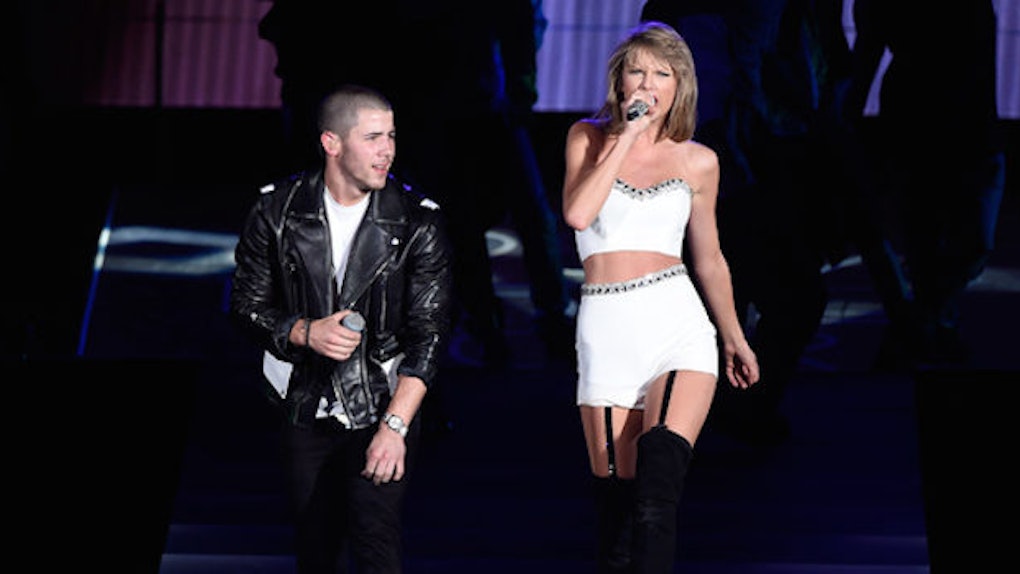 Taylor Swift pulled out all the stops at the two massive concerts she had this past weekend at MetLife Stadium in New Jersey.

Nick Jonas even joined her on stage for a rendition of his song "Jealous" on Saturday night.

The crowd went wild for the duet, and Taylor and Nick really got into it.

It went over so well, I wouldn't be surprised if these two collaborate in the near future.

TSwift's show looks like it was one for the ages.

Check out her and Jonas' act in the video above.