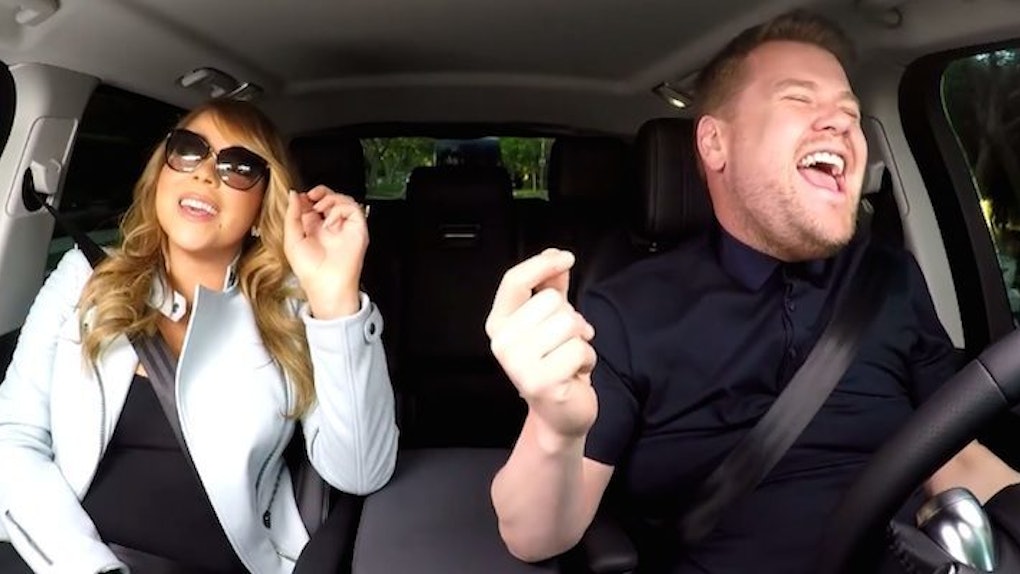 Mariah Carey's songs make for excellent car music. It's a whole lot of fun to just belt them out when you're cruising along.

As such, James Corden, the new host of "The Late Late Show," hopped in a car with Mariah herself, and they sang along to some of her hits.

Corden seemed way more into it than Mariah, but she eventually came around and got in on the fun.

The two stars also joked around and tried out some different accents from around the world. All in all, it's a pretty amusing clip, and you should check it out up top.