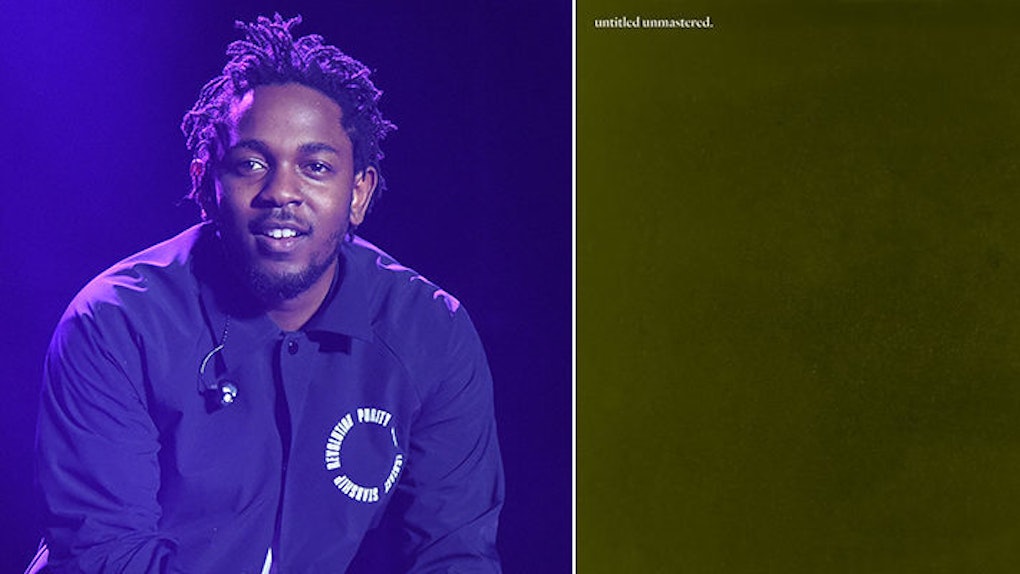 Just weeks after delivering the greatest Grammys performance of all time, rumors surfaced that Kendrick Lamar may be dropping a surprise album on Thursday night.

Earlier this week the CEO of Top Dawg Entertainment, the label that Kendrick is signed with, announced it was going to release a special project this week.

Just 2 show n*ggas I'm not playing. Ive decided 2 drop a project 1 day this week. I won't say wut day or who. It cud be 2nite So don't ask me jus stay close to the net. Is this Kool with y'all? #TDE

Then on Thursday, an album titled "untitled unmastered" was posted under Kendrick Lamar's Spotify:

The 8-track project is currently unplayable but this is the album art for the project:

Top Dawg then explained the logic behind the surprise release:

If Kendrick really does drop a new project, it's safe to say that people will quickly forget about The Life Of Pablo.

We are expecting this to be just a short EP, possibly featuring other members of TDE like ScHoolboy Q, Isaiah Rashad, Ab Soul and SZA.

We will have more information the second this new project drops.