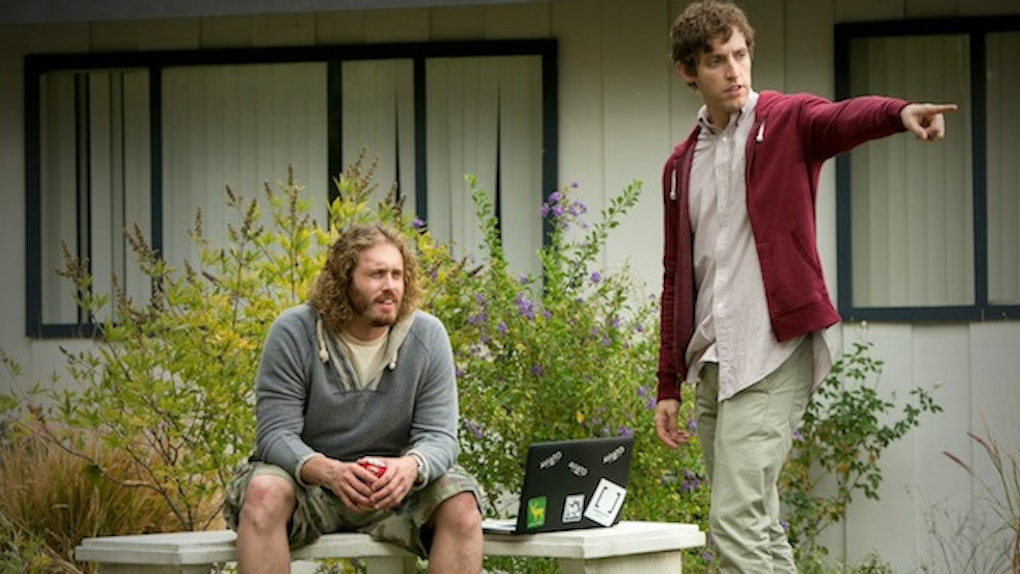 The Real Differences Between A Want-A-Preneur And An Entrepreneur

I’ve recently, yet again, left a company I was working with to start something new.

I’ve been jumping from project to project, company to company for the last seven years or so now, each and every time a slightly more exciting project, many successes along the way and many, many failures.

I did start pretty young, but seven years is a long time no matter how you look at it. You learn a lot on the journey that is entrepreneurship.

Or rather, you can learn a lot as long as you stick it out -- which is much rarer than you’d believe.

The fact is that most “entrepreneurs” simply don’t last. Don’t get me wrong; this is not something to be ashamed of -- under the right circumstances that is.

Some people can’t cut it. It sucks, but it is the way it is.

Some people aren’t mentally prepared to handle the emotional and psychological stress that this life choice demands.

Of course, I believe just about anyone can put him or herself in the right frame of mind, but it doesn’t come as easily for some as it does for others -- mainly due to how we were raised.

Many individuals never had to work for anything growing up, never wanted something with such passion that it hurt them knowing they haven’t yet attained it.

Necessity and passion are the two driving forces behind human action. Albeit, passion itself often arises from necessity.

The point is people don’t act unless they feel compelled to act, and if we are never compelled to fend for ourselves, to survive, to make it on our own or to reach for a goal that seems almost certainly unattainable, then we can’t possibly be mentally prepared to make the sacrifices necessary when choosing to become an entrepreneur.

So when contenders bow out because they realize they can’t mentally handle the pressure, there’s nothing for them to be ashamed of.

Likewise, sometimes the risk entrepreneurship requires isn’t worth it. Sometimes we have others who rely on us, who need us in their lives, who need us to be financially stable in order to live safe and respectable lives.

For these reasons, switching career paths is acceptable.

There are no other acceptable reasons.

Everything else is just an excuse, and making excuses isn’t something you can possibly be proud of. Everyone else falls into the category of Want-A-Preneur.

They do a lot of talking, but very little working.

I feel like most people truly underestimate the amount of effort required to work in this field. I blame it on all the success stories that make it into the headlines.

You have companies launched a year or two ago selling for hundreds of millions, even billions of dollars.

Some people get it right the first time -- it happens. Unfortunately, it happens very, very rarely.

I understand we hear a new similar success story just about every year, but the frequency is blinding you to the actual statistics.

About 90 percent of startups fail within the first three years. That’s 9 out of 10 startups that work their butts off for years before they fail and lose everything.

Factor in the numerous startups that fail after this three-year mark and the fact that most of those startups that don't fail completely will never, ever make it big enough to make headlines, and the statistics are staggering.

If you’re planning on being an entrepreneur, then expect to work a lot. Expect to work seven days a week for months on end, probably surviving off credit cards, chasing a dream that, at times, seems to be running away from you faster than you’re capable of chasing it.

Real entrepreneurs do real work, and they do so relentlessly. Most people who claim to be entrepreneurs are posers, pretending and probably even convincing themselves they are entrepreneurs, never actually putting their noses to the grind.

If you want to succeed as an entrepreneur, then understand there’s more than a 99 percent chance that it’s going to hurt.

They're always bragging, but have nothing to back it up.

In fact, true entrepreneurs won’t even bother bragging because they’re too busy trying to push the envelope just a bit further.

Personally, for months on end, hanging out with my friends consisted of us meeting at a bar, all ordering some beers, them having conversations and me typing away in the corner.

If you have time to brag, then you’re not working hard enough.

But then you won’t feel a need to brag because your confidence has already been reassured.

They talk about all the things they will one day do, how much money they will make, how amazing their life is going to be, all while wasting precious time.

Sometimes you do need to talk excitingly about your project to your friends -- if only to motivate yourself to continue moving forward.

All that matters is that you don’t give up; motivate yourself however you must, but be sure that is all you’re doing and not simply blowing smoke up your own ass.

They blame everyone else for their failings and end up miserable.

In entrepreneurship, as in life, you can either succeed, fail and accept you failed or fail and spend your life living in denial.

Want-A-preneurs never succeed because they don’t have what it takes.

Not necessarily because they couldn’t have what it takes, but because they simply can’t rile themselves to the cause.

Want-A-Preneurs tend to have such huge egos, never bothering to keep themselves in check. When they fail, they aren’t willing to accept the fact.

Most will blame everything and everyone else for their failures, but some will go as far as to delude themselves into believing they are more successful than they are. This sounds crazy, but that’s because it pretty much is.

It’s difficult accepting one’s failures are of his or her own doing, a result of one’s own inadequacies and mistakes. But this is the only way to grow in life, and if you aren’t growing, then you’re dying.

The sooner you accept your failures, the sooner you can learn from them and grow as an entrepreneur, as an individual, as a human being.

Deciding to become an entrepreneur guarantees a bit of misery, no matter how you look at it, but at least there is the possibility of a better future. A better life.

Being a want-a-preneur has no happy ending.