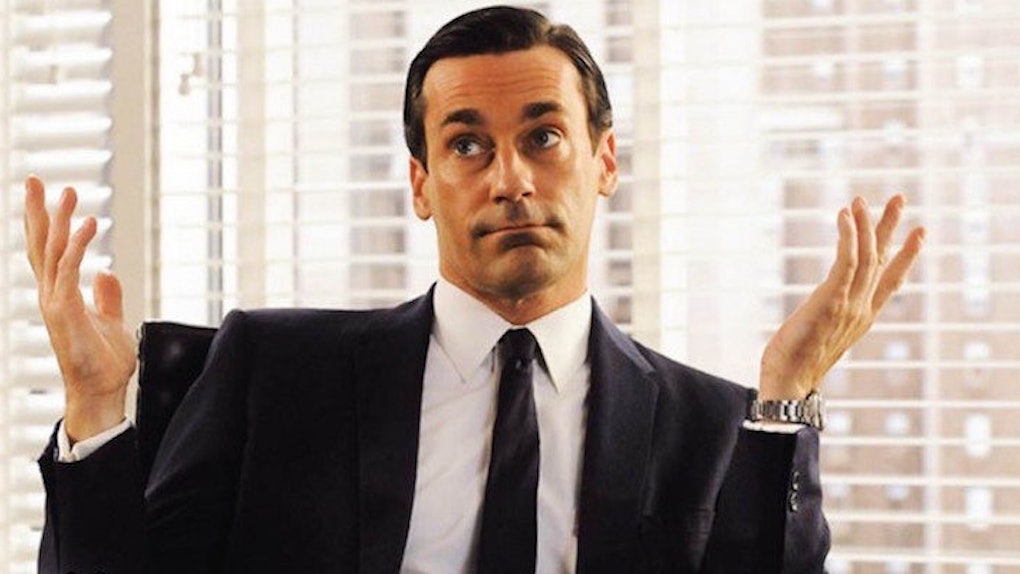 Science Of Strength: Why Successful People Admit When They're Wrong

It's not easy to admit when you're wrong.

Acknowledging a mistake or blunder feels like a defeat of sorts, making us feel vulnerable, weak and exposed. It almost seems to signify that we are somehow inadequate.

Perhaps this is why people insist on continuing debates long after they have been settled.

In fact, humans are psychologically inclined to believe they're correct, even if all of the observable evidence points to the contrary.

Much of this has to do with the fact that we are driven by instinct and emotion. Likewise, as Chris Mooney notes for Mother Jones:

We're not driven only by emotions, of course — we also reason, deliberate. But reasoning comes later, works slower — and even then, it doesn't take place in an emotional vacuum. Rather, our quick-fire emotions can set us on a course of thinking that's highly biased, especially on topics we care a great deal about.

In other words, if we encounter something that challenges any of our inherent beliefs, it can be extremely difficult to accept, even if it's 100 percent true.

For example, this is a large part of the reason the Catholic Church was so offended and enraged when Galileo suggested that the Earth is not the center of the universe in the 17th century.

The Church argued the Sun revolved around the Earth, while Galileo contended it was the other way around.

As we know, Galileo was irrefutably correct. Yet, the Church ultimately charged him with heresy. This was because Galileo's claims contradicted its teachings, and undermined its beliefs and authority.

It took over 300 years for the Church to finally admit he was correct and to clear his name.

When facts challenge our beliefs, our natural reaction might be to reject them and we may even feel insulted. Correspondingly, we desire to believe in ourselves perhaps more than anything else.

In other words, we don't want to believe we're wrong, even when we are.

One might refer to this as cognitive dissonance, which social psychologist Elliot Aronson defines as “a state of tension that occurs whenever a person holds two cognitions (ideas, attitudes, beliefs, opinions) that are psychologically inconsistent.”

With that said, having the capacity to admit when we're wrong is an immense strength. It's also a quality that will earn a person a great deal of respect among peers and colleagues.

Admitting When You're Wrong Is A Sign Of Strong Character

Individuals in positions of authority have a tendency to avoid admitting when they are wrong. This is somewhat understandable, as they don't want people to begin questioning their legitimacy or competency. Yet, as Amy Rees Anderson highlights in Forbes:

So often in business I deal with people who believe that admitting they were wrong shows weakness or ineptness. The danger of that belief, especially when it is held by people in positions of power or authority, is that it backs a leader into defending their poor choices, even when they themselves have come to recognize they were wrong.

If you've come to the realization you were wrong about something, then you should also assume other people have recognized this as well. Hoping they will just forget and move on is both delusional and insulting.

This is precisely why it's better to admit and to rectify mistakes as soon as possible. In the process, you will be far more likely to retain the trust and respect of the people you work with.

Success in both our professional and private lives is heavily dependent on our ability to cultivate and maintain relationships. This can't be accomplished without trust.

Admitting you've made an error might make things difficult in the short-run. Yet, it's better to clean up a mess now than to leave it sitting there to stink up the room permanently.

Indeed, as Anderson notes, it takes a great deal of courage to come forward and say, "I was wrong, and I apologize."

Strong character and leadership are not defined by being infallible. Rather, we grow as people by accepting our imperfections in order to overcome our fears and insecurities.

True strength of character is revealed when a person recognizes and acknowledges his or her failures, yet has the persistence and insight to keep moving forward.

When people admit they were wrong, they reveal they're not only confident, but also humble and adaptable. These are indispensable characteristics in all walks of life, but particularly if we hope to be successful in our professional lives.

Failure Is Good For You, Embrace It

Part of the reluctance to admit when we're wrong surrounds our innate fear of failure.

We live in a society that urges us to pursue perfection. There is certainly nothing wrong with aspiring to this ideal, as long as we also acknowledge it's unattainable.

Failure is both inevitable and necessary. It helps us identify our strengths and weaknesses. Concurrently, it provides us with the insight necessary for personal growth.

Failure allows us to recognize our shortcomings and, in turn, we are able to work toward correcting them.

Simply put, success is impossible without failure. As Ralph Waldo Emerson once stated:

The greatest glory in living lies not in never falling, but in rising every time we fall.

Everyone and everything has flaws, and we'll all make mistakes in life. If we learn to accept this, while also acknowledging the value of failure, we might finally become comfortable with uttering those three simplistic, yet complicated words: “I was wrong.”

Citations: Why Its Hard to Admit to Being Wrong (NPR), Admitting You Were Wrong Doesnt Make You Weak It Makes You Awesome (Forbes), The Science of Why We Dont Believe Science (Mother Jones), Galileo Galilei Faces the Vatican (Time), My top 10 quotes on failure (Virgin)