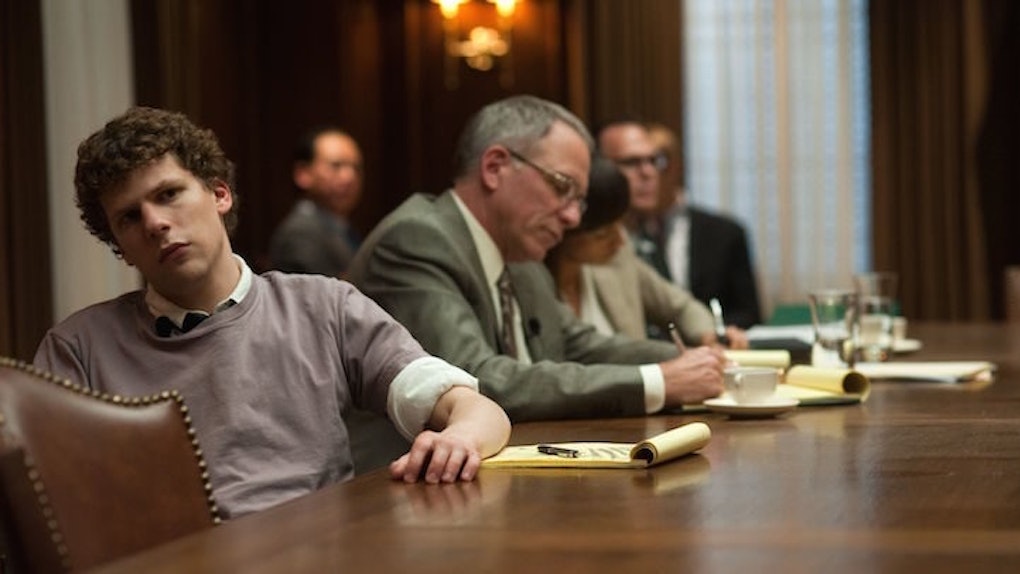 My Own Boss: 10 Reasons Entrepreneurs Aren't Suited For The Workplace

I recently announced my plans to take my entrepreneurial endeavors full-time. Essentially, I'm granting myself a life of location independence, time freedom and ultimately, the happiness some people never truly find in the workplace.

My humble beginnings as a 9 to 5 employee, just trying to make enough to put me inches over the level, led me to several observations about the everyday work place.

I'll be the hardest worker in the building, but I'm a terrible employee. I'd much rather grind 24 hours a day toward my own goals than work even one hour slaving away for someone else's goals.

I think it takes a special type of person to sit in a cubicle and take orders from a higher authority with complete contentment.

Don't get me wrong; entrepreneurship isn't for everyone. And we need people in this world who can do the day-to-day tasks. If everyone is a leader and no one follows, nothing gets done.

So if you're a follower, thanks for tuning in. But this next bit isn't for you.

I want to talk to my leaders, my rebels. The ones who are tired of trying to fit in when they were born to stand out.

You've never quite had a problem getting a job because companies would love to have you. But you're a ball of risks in every sense of the word.

And here's why employers might be better off choosing otherwise:

1. They need someone who will follow their rules without diverging too far left or right.

Rules are made to be broken (especially when it comes to serving suggestions on Nutella jars).

In all seriousness, some of the world's greatest leaders were known as rebels early in their careers. They knew how suppressed and unfulfilled their lives would be if they were only able to do things exactly the way they were told.

This isn't to say I won't get the job done; I absolutely will. But I'll probably add another component to it, just like last time.

And you will love it.

2. They need someone who will behave appropriately.

Everything about me is inappropriate.

From my sense of humor to the layer of accessories I need to complete my ensemble.

I will laugh too loud. I will smile too hard. And I'll probably get too close for comfort, as I'm a hugger.

3. They need someone who tolerates working in groups.

Group projects have proven time and time again to be nothing short of a slow and painful death. I'd love for every group member I've worked with to be the ones carrying my coffin at my funeral, so they can let me down one last time.

Somewhere along the way of the created definition of group work was a genius who insisted that this must entail one person who never shows up, one person who is slightly incompetent, one person who has "the best ideas in the world" and the last poor soul who picks up the slack for the prior three.

I refuse to put my emotions through this inexplicable pain, yet again.

4. They need someone they can give a set of tasks to, and trust they'll be done by the end of the day.

I can do this, I really can.

But this comes with the need to surf websites for inspiration, to take a coffee break and also the occasional dance break.

This is my routine for kicking the midday slump. And I can only stay seated for so long.

God bless chairs. They are arguably one of the greatest inventions ever. They allow our feet to take a momentary break, while we play hide-and-go-seek with our brain cells while binge-watching reality TV.

They're works of art and yet, I must part ways with them regularly.

5. They need someone who can follow directions without asking questions.

Not only will I question your intentions, but I have the consumer in mind. If they're being shorthanded in any way, how is that something I can remain silent about?

The big companies can get away with murder, and as someone who has worked on both sides of the fence, I can't simply sit on top of it and watch the madness on either side.

6. They need someone who likes their ideas the most.

I have too many ideas, and I might want to try them all. In fact, I will.

I must, I need to, just to make sure I don't let a genius thought get away.

We spend hours trapped inside our head, alone with our thoughts. That could either be extremely terrifying or really inspiring.

If you're a creative person, you always have notepad handy to jot down your scribbles, when those fleeting moments of inspiration come to you at the most random hours of the day.

You know you can envision and successfully execute an idea when given the adequate amount of time, and the inspiration and motivation is maintained.

But if your boss has an idea, you're forced to like it and run with it.

7. They need someone to work for them.

I would rather work with you, not for you.

Isn't it so fulfilling watching your life and dreams slip away from you, while you pour all your energy into investing in someone else's? You're making them rich off your labor, while profiting a miniscule percentage of the millions they make at the top.

It's not the concept of a 9 to 5 that bothers me. Heck, I'll work a 9 to 9 if it means I can get closer to a life of time and financial freedom.

It's the fact that despite my work ethic, I'll be paid an amount that gives me just enough to afford to continue living and keeping up with the rat race.

8. They need someone who's okay with their hourly wage.

I am one of the few people who'd rather take commission over hourly pay. You will never see the true colors of someone's work ethic until you put him or her in a situation where he or she can only earn from the work that actually gets done.

The average worker might be able to efficiently wash three cars in one hour. The hard worker can double that and efficiently wash six in the same time frame. Yet, the latter is getting the same hourly pay as the former.

This should infuriate the hustler.

9. They need someone who's normal.

I've never been normal a day in my life, and I'd like to formally apologize if you ever thought otherwise.

Sure, I conform to certain societal norms, but on the inside, there's a rebel crafting world domination by way of peculiar habits, overly ambitious goals and a surplus of wine.

There's a new version of the American Dream, which consists of being location-independent, and being able to travel as part of your job.

I can't sit still. I must breathe the air of new cities, flirt with the customs of new cultures and dance so far outside my comfort zone that anything inside of it feels foreign.

10. They need someone who will always be on time.

There's a reason "deadlines" have the word "dead" in it. You're hardly capable of producing a pulse after rushing to get that company analysis or financial report in.

There's an adrenaline that comes with finishing your job, time and time again, moments before it's due.

Will it always be your best work? Debatable.

But remember, you're already an overachiever, so your average work is just in line with the best work of others. Oh, the advantages of being a hustler!

Since I was 11 years old, I knew I wanted to be an entrepreneur. And after truly understanding what it was during career day, I knew it was my destiny. I've fought for it since.