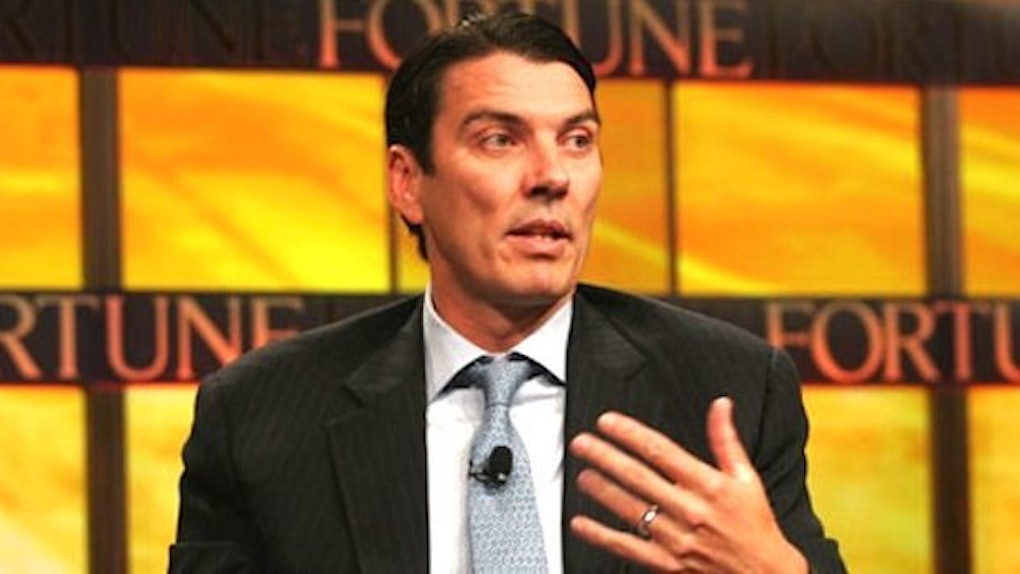 AOL CEO Was Confident Even When Company Was Failing, And It's Paid Off

If you're team was losing and nobody had faith in it, would you still bet on it?

In doing so, he exhibited confidence in a company that, at the time, was on the decline and it's stock was falling.

Armstrong, who became AOL's CEO in 2009, personally gambled on a company that Wall Street would not place its faith in, and it's paid off.

On Tuesday, Armstrong announced that Verizon was buying AOL for $4.4 billion, the Wall Street Journal reports.

As a result of his investments in the company, according to Forbes, Armstrong's AOL stock is now worth $200 million after the deal.

This all goes to show that if you believe in something and are willing to invest in it, don't listen to the naysayers -- go with your gut.

It's also very indicative of the massive ways in which the communications industry has changed over the years. AOL has gone through a lot of transformations since the heydays of "You've got mail" and AOL Instant Messenger.

Behind the scenes, AOL has developed an impressive mobile video platform and innovative advertising technology. According to the New York Times, this is what motivated the acquisition.

All of this also has big implications for Huffington Post, which AOL acquired four years ago. It seems, in addition to Armstrong, Huffington Post will benefit significantly from the deal.

As the Daily Beast reports, insider sources claim Huffington Post will likely see a lot more money being pumped into it, or it could even be sold to or merged with another media company. Either way, the deal means big bucks for HuffPo and, in turn, AOL.

So it seems Armstrong knew what he was doing all along.