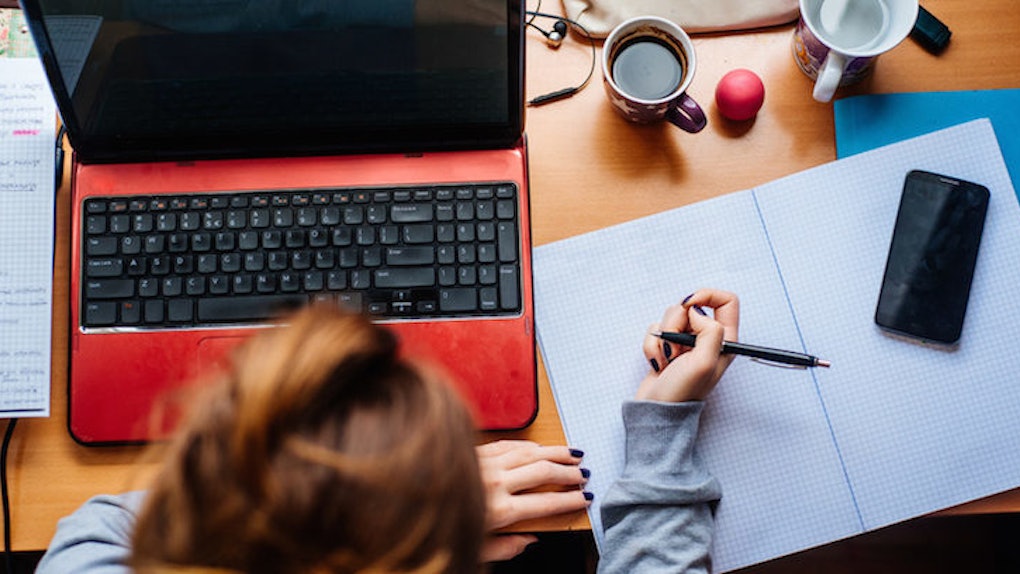 There are some people who grow up knowing exactly what they want to do. So, when high school was over and it was time for them to answer the dreaded question, “What are you going to study in college?” they had no problems answering confidently and excitedly.

Then, there were people like me. My answer to that question usually started with a few seconds of awkward “umm,” and then concluded with, “I don’t know yet.” The look people give you when you give them that answer starts to become all too familiar.

“Oh,” and, “Well then…” follow, as they look down at you in pity. You can't help but feel you should just hurry up and pick something, in order to escape the torturous feeling of embarrassment.

For some, picking a college major is the hardest decision they have ever had to make. There’s so much pressure from society and family to decide what you want to do with the rest of your life.

And it's hard, especially when you see so many others who seem to have it all figured out. Friends on social media talk about how they’re going to be doctors, lawyers, teachers and artists when they grow up. This is a constant reminder that, unlike you, they have it figured out.

Or so they make it seem.

Guess what? It’s okay to not know.

I know the pressure seems constant and too much to bear sometimes, but trust me, you WILL figure it out. Some people figure it out later rather than sooner. I was on the "later" side of the spectrum.

I am now a (fifth-year) senior at my university. This is because I just changed my major before the beginning of this semester (for the third time). The past four years have been a whirlwind of emotions and a tiring journey of finding myself and my passions.

I jumped all over the place, gravitating toward English, photography and environmental science as possible majors. After my third year, feeling helpless, restless and very depressed, I dropped out of school for a semester.

I could no longer force myself to go to class for a major I hated and wanted nothing to do with. I had no idea what to do, but I knew I had to at least graduate, even if it killed me.

I decided to go back. I was one year deep into my environmental science degree when I took the class that would change my life forever.

I had just about given up on finding something I actually liked, and was instead settling for something I could tolerate.

With graduation within my sights, I still had a couple of elective credits left, and decided to take a forensic anthropology class to fill one of the spots. Honestly, I picked it because it was an upper level class I thought I could pass easily.

Little did I know that I would fall in love with everything about the class. I actually woke up to go to that class, which was a foreign concept to me.

I finally had that “ah hah!” moment, during the middle of the semester. I had waited four years to feel that feeling.

I cannot describe the weight that was lifted off my shoulders. I literally cried happy tears. This was it! This was what it felt like to know what you wanted to study, and actually be excited about it.

It took me four years to find what I wanted to get my degree in. Now, when people ask me what I’m studying, I answer proudly with my head held high. I know my friends and family can see how passionate and excited I am about it, and I could not be more confident in my decision to change my major to anthropology.

Although it will take me close to six years to finally graduate with my bachelor's, it was all worth it. I don’t regret one second of my journey.

Sometimes, I feel lucky it took me this long to find my passion. I got to experience and learn so many things from my past majors.

When people ask me if I feel sad or mad that I wasted four years of college just to change my major again, I proudly say, “I didn’t waste anything.” Everything that happened before happened for a reason, and I am grateful for every second of struggle I have endured. It led me to a whole new world of academics I absolutely adore.

It almost feels like I’ve been running a marathon for the past four years, and I finally got a chance to stop and breathe.

I am a stronger, smarter, more well-rounded person because of my extended college experience.

If you feel like you hate what you're studying, are thinking about dropping out and are losing hope you will ever be good at anything, stop and think before you make any rash decisions.

You will find that one thing you love and want to declare as your major. It will happen when you least expect it.

Sometimes it takes a few years, but it will happen.

Trust me. I am living proof.