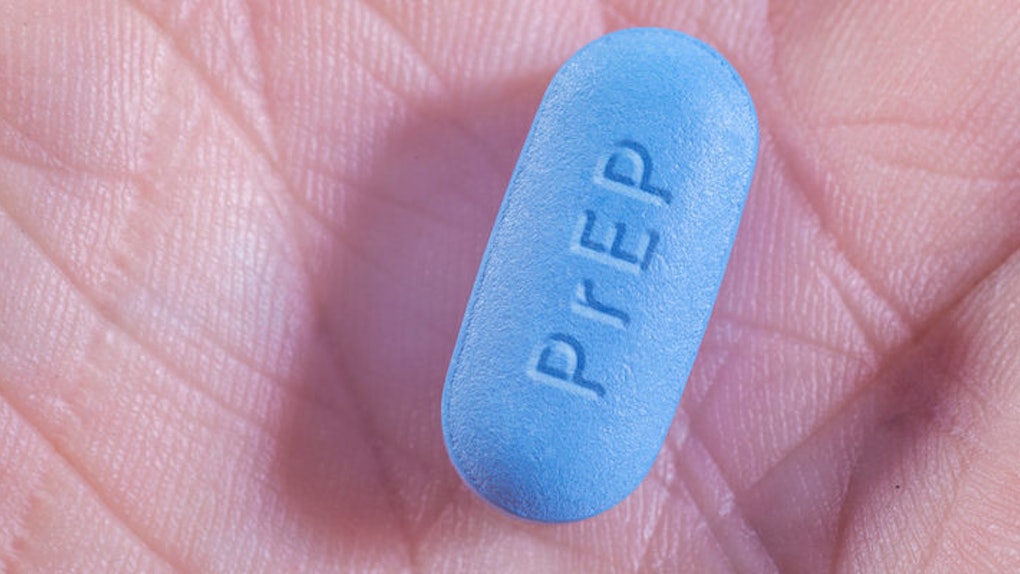 If you haven't heard of Zero Discrimination Day, it's coming up on March 1. Started by UNAIDS (The Joint United Nations Programme on HIV and AIDS), the day symbolizes a time of unity across the world and the rejection of racism, sexism, ageism and really any other discrimination you can think of.

This is great, but you might ask, "What does this have to do HIV/AIDS?" It's a good question.

Many people don't realize the intense discrimination that comes with living with HIV. HIV has had a long history of discrimination. The widespread panic surrounding the disease led to a rash of exclusions from jobs, being evicted from housing and denial of social services.

To make matters worse, in the early days of HIV, it was often called the "gay plague." By the 1980s, the LGBTQ+ movement (often called the "gay liberation movement" at the time) was gaining steam, but until 1973, even being gay was classified as a mental disorder in the Diagnostic And Statistical Manual Of Mental Disorders.

But now it's 2016, and we know a lot more about HIV/AIDS. There are laws against the discrimination of HIV positive people, especially when it comes to job security. But even more exciting, we have a pill that helps prevent exposure to the virus.

No, I am not kidding. We do. While there is no cure, and more research needs to be done on that front, we almost prevent people from contracting it.

Better yet, there are almost no side effects (other than mild stomach problems for some in the first month). It reduces the chance of contracting HIV by over 90 percent (99 percent if taken regularly with no missed pills), but not as many young, single, high-risk people are taking it, as you might assume. But why?

It's called PrEP, which stands for Pre-Exposure Prophylaxis. If you live in New York and take the subway often, you have probably have seen its ad campaign.

Each one features a diverse couple with the copy, "We Play Sure: PrEP + HIV Treatment + Condoms." They are good ads, but they paint a certain picture of the pill. It's one that shows the pill is for couples, especially couples in which one partner is HIV-positive and the other isn't.

PrEP should 100 percent be used in these types of relationships. But, these ads miss a demographic that many argue should also be using PrEP: single, young people.

You would think that after such a long history of having to fight HIV, to fight for funding for research and to fight for access to medical care, that many of us would be all over PrEP. But this little pill carries a connotation, which was first documented in David Duran's 2012 Huffington Post article, "Truvada Whores?"

The piece paints the picture that if you are single and on PrEP (which used to be called Truvada), you are the kind of guy who sleeps around and has unsafe sex. The problem is, you can hear this exact sentiment echoed around bars and clubs from the Lower East Side to Hell's Kitchen.

Being HIV-positive in the LGBTQ+ community carries a huge stigma, but trying to prevent it is also a source of discrimination. It becomes a health catch-22.

In a perfect world, PrEP would help destroy the stigma around being HIV-positive because it would minimize the dangers of having sex or relationships with HIV-positive people, instead of creating a stigma around a pill that was developed to help millions.

I can hear my 60-year-old lesbian mother now saying, "Y'all don't know your history." My mother has lived in the San Francisco Bay Area and has part of the LGBTQ+ movement for years, making her one of those sage types who dispenses "gay history" like it's nobody's business.

So, I grew up with pink triangle badges and walks though the Castro. But most people didn't. My mother still can't believe my college roommate didn't know who Rock Hudson was. She couldn't even fathom a world where a young gay man didn't know about America's heartthrob who died of AIDS.

I wasn't surprised that he didn't know who Rock Hudson was. "Gay history" isn't exactly taught in schools. And unlike other minority histories, it usually isn't taught in the home. Most LGBTQ+ people don't have LGBTQ+ parents to tell them this stuff. I am just weird, lucky or both.

Maybe this is why our community thinks it's OK to marginalize anything that helps protect people against a "gay plague." Growing up in the 1990s in the SF Bay Area queer community, HIV was still an ever-present fear. Now living today in the NYC queer community, HIV is still a fear, but it's one we all assume will never happen to us.

It feels like the disease has at least one foot in the past (however a not-too-distant past). PrEP isn't perfect and it's not for everyone, but it can help prevent HIV/AIDS. So, on Zero Discrimination Day, let's try hard to end discrimination against the disease, but also against the little pill that may decrease the spread of it.