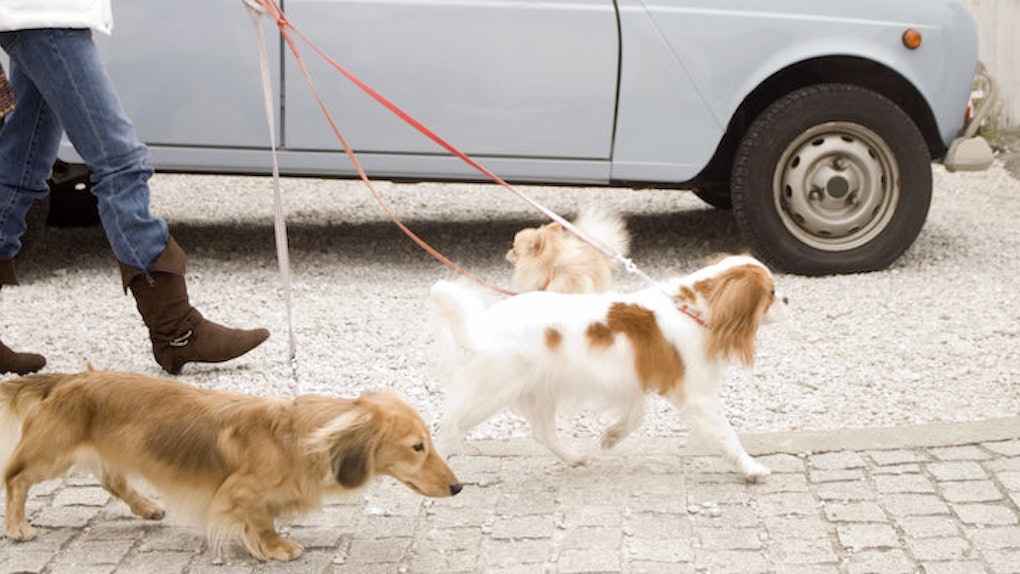 Humans and dogs have been the very best of pals for about 30,000 years at this point.

Research suggests the eternal bond was formed at some point in Ice Age Europe.

There are a lot of theories about how the human-canine relationship ultimately developed.

Many seem to believe dogs are the descendants of a breed of wolves friendlier than most of their more blood-thirsty and aggressive compatriots.

These early wolf-dogs were permitted to assume the role of moochers, feeding off human scraps in exchange for their friendship and, at times, protection and security, among other functions.

Interestingly, research also suggests dogs did not evolve from the gray wolves we see roaming the wild today, but present-day dogs and wolves are both likely descendants of a common wolf-like animal that went extinct thousands of years ago. Either way, they share common traits.

Today, there are a multiplicity of dog breeds, and canines come in all shapes and sizes. But, regardless of whether we're talking about adorable little teacup Yorkies or muscly German Shepherds, it sometimes feels as if dogs act more like wolves than domesticated animals.

This is particularly evident when they pass other dogs on the street and end up going insane.

Anyone who's ever owned a dog has likely experienced this. More often than not, your dog is the epitome of sweet and friendly when it's just you two, but instantaneously becomes vicious when another dog walks by. It's always somewhat shocking.

Dog behavior is often difficult to explain. There are any number of reasons your dog acts like another dog is Satan incarnate when walking by it on the street.

Primarily, it's likely because of the love your dog has for you and a desire to protect you from potential or ostensible threats.

Dogs are inherently social. After all, they've evolved from a wolf-like species. Wolves live in packs and depend on community for survival.

Similarly, your dog depends on you for survival. You're its primary source of socialization, companionship, affection and sustenance.

Thus, when a dog passes by an unfamiliar dog, it might perceive the other as a threat and display what is known as "protective aggression."

Dogs show many forms of aggression, but protective aggression is exhibited when canines seek to protect a member of their social unit.

In this case, it's their owner. This is also why your dog might act somewhat aggressively toward other humans.

Dogs can actually instinctually detect a friendly face and are excellent at perceiving human emotions.

Alternatively, your dog might be hostile toward other canines or animals out of fear or defensiveness. Dogs are programmed to protect themselves and fight back.

This is perhaps why we frequently see smaller dogs tenaciously barking at larger ones, to the bigger dog's confusion.

But the main point here is when your dog is acting a little weird, it's often because canines have big hearts and truly love humans.

Thousands of years ago, humans and dogs formed an immortal friendship out of a need for companionship in an unforgiving world.

Some argue the bond between humans and dogs is the reason civilization persisted because they helped one another survive.

The instincts that allowed this relationship to flourish are evident to this day, and it's part of what makes dogs such amazing animals and great friends.

Citations: We Didnt Domesticate Dogs They Domesticated Us (National Geographic), Humans and dogs first became best friends around 30000 years ago claim scientists (Mirror), Aggression in Dogs (ASPCA), Dogs Not as Close Kin to Wolves as Thought (Discovery), Dogs can instinctively sense a friendly face (The Telegraph)