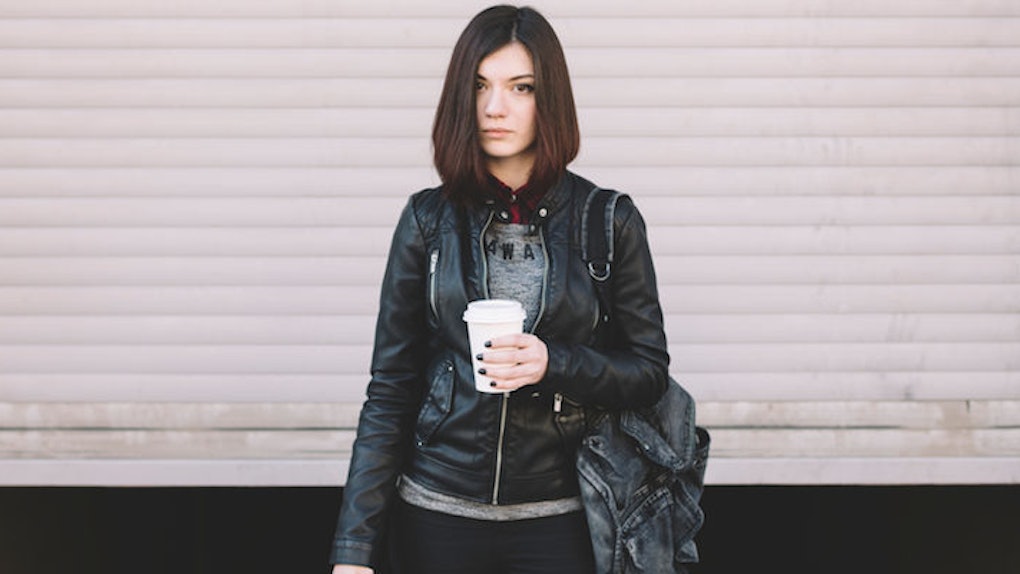 Why It Is Literally Never, Ever OK To Just Not Show Up For Your Plans

It has recently been brought to my attention that there are people in this world who think it is OK to make plans with people and then — without any sort of notice — just not show up for them.

My friend from home called me the other day after our mutual friend stood her up for dinner. Yes, that's right, you read it correctly. She was STOOD UP. Like an old '90s movie.

The two girls made plans over text (AKA IN WRITING) to meet at their favorite restaurant at 7 pm. And ... her friend never showed. She didn't text or call to cancel. She didn't even send an e-mail! No, she just fell off the face of the Earth. She dealt with the situation by sending a quick text the NEXT day saying she was “so sorry — phone died!”

I'm sorry, but are you kidding me? In what world is that even remotely appropriate? I was appalled.

But I guess there was part of me that sort of understood it. I see how actually bailing on someone and facing that person's reaction in the moment could be intimidating. I don't condone it, but I can see where you're coming from. It's kind of like the whole ghosting thing, right?

When you ghost, you choose to just disappear from the person's life to avoid the immediate confrontation that comes with formally breaking things off. When you stand someone up, you're just trying to avoid the awkwardness of saying you can't make it.

It's just so funny to me. We live in an age where communication is easier than ever, but for some reason our generation seems to think it's OK to forgo communication entirely.

First and foremost, I want to make something clear. I am all for bailing on plans. I bail hard, and I bail often. But you wanna know what I do when I bail? I make up an excuse. Heck, sometimes I don't even do that. I just say I'm not going to make it, and that's that.

But, no matter what, I make sure to COMMUNICATE to my friend that our plans are not going to be taking place any more.

Why wouldn't I? It's the 21st century. I literally have no excuse not to. WE ALL HAVE PHONES. Phone died? Go to a drugstore and buy a charger. Don't have your friend's number? Contact him or her via social media. I don't care if you suddenly dropped your phone into a sewage pipe and had no way of retrieving it. Hop into your nearest Apple Store and send a quick FB message. Oh, the person you're supposed to meet is a hermit with no social media? SEND AN E-MAIL.

I heard another story the other day about a date my friend was supposed to have. The guy didn't show up (even after they confirmed plans the evening before) because he "forgot."

I'M SORRY, WHAT? Like, if you're going to make up an excuse, do better. Say you moved to Tibet. Say you tripped and fell and lost your phone and was unconscious for hours before you were able to communicate what happened. But you forgot? That's impossible.

You make a plan, you put it in your calendar, and, even if you didn't, I would bet millions of dollars that the person you had plans with is going to send you at least one reminder text after sitting there waiting for you like a pathetic rejected loser. “I forgot” is just not an option.

The fact of the matter is that when you just blatantly don't show up for plans you made with another person, you're being rude. Simple as that. You are just being straight-up RUDE.

And not even slightly rude -- it's not like you showed up a few minutes late to dinner or didn't give as big of a tip as you should have. No, this is next-level rude. Like, I would go so far as to say you're just a few notches up from physically blocking someone out of a conversation or loudly talking sh*t about someone's family.

Standing someone up is a personal attack. You are saying that you have no respect at all for this person's time, energy or feelings. This person set aside time from his or her day to hang out with YOU.

And maybe he or she didn't feel like showing up. But no, this person had enough respect for you to feel as though he or she couldn't bail on you. Then how did you repay the favor? You didn't show up. With no warning. You left the person sitting there waiting around for you like an idiot (which is ironic, because you are the idiot in this scenario).

And don't even get me started on the fact that if this person cared about you enough to make and honor plans with you, odds are that he or she would probably be WORRIED about you when you don't send a message. Because falling off the face of the Earth is a little alarming.

You get the picture here. You don't stand up a person you even remotely respect. In fact, I would go so far as to say you should stand up only someone you f*cking hate.