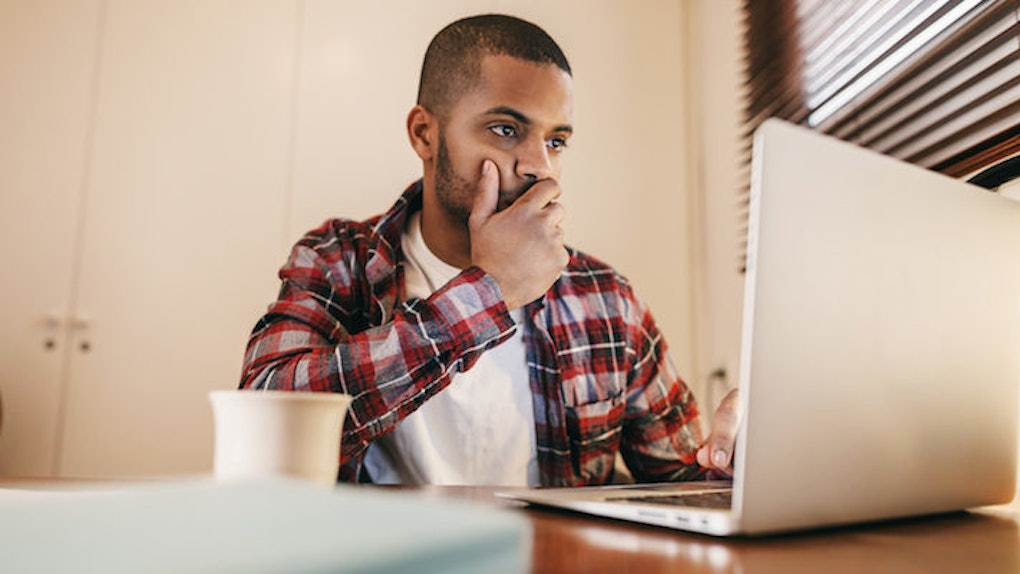 What does it take to go after your true desires in life?

What if you took a chance on going after what you believe in?

What kind of person would you be, or what would you do with your life if fear or judgment was non-existent?

Fear can freeze you and restrict you from moving in the direction you want.

What is it we fear?

Maybe we fear the unknown or the possibility of exposing ourselves to harm and criticism.

Some of us hear the word "vulnerability" and immediately associate it with weakness.

Why? It could be a cultural or societal thing.

People who are brave enough to go off the beaten path and follow their hearts attain the strength to enter the world of the unknown, with possible criticism and vulnerability.

Every great leader or successful entrepreneur had to embrace vulnerability.

It simply means you’re confident in pursuing your goals, desires and intentions. You’re okay with all the consequences that follow.

It’s a vicious world, but in order to make it out on top, you have to be willing to take risks and possible blows.

You pay a price for going after what you want, showing your true identity to the world and expressing who you are as a person.

What price is that?

It’s the price of possibly failing at your dreams or that business idea. Perhaps you will be putting art out that people dislike. Maybe you will be seen as a fool.

Or maybe you will share your blog to the world, only for some people to take you as a bored “rich” kid who thinks he or she is deep.

I recently saw some of Brené Brown's TED Talks, which were called "The Power Of Vulnerability" and "Listening to Shame."

She talks about having the worst “vulnerability hangover” the day after her TED Talk and waking up the next day, terrified of 500 people viewing her video.

She ended up reaching millions of views.

I couldn’t help but think back to the first time I ever performed live with my band. I woke up the next morning, terrified, literally scared sh*tless of opening my eyes and starting my day.

I was 21. I loved playing guitar and singing, but I rarely shared my musical talents with close friends, let alone a packed bar. My biggest fear was facing criticism and being judged.

Well, as time passed, I started performing shows and faced that fear in full effect.

We usually left a video camera rolling to record our shows.

During one show, the camera happened to be located very closely to a group of outspoken attendees who probably didn't realize a camera was recording them.

They went on to annihilate us with their opinions, saying how sh*tty our music was. They specifically tore me apart as the frontman.

I wish I could remember the specific words, but listening to that as a 21-year-old was crushing.

It ruined my day, and I couldn’t even look at my guitar for a few days.

I remember watching the video over and over again, and just feeling destroyed.

However, at 26, it's just something I've grown used to and expect.

I actually love to hear opinions now, as long as they're not malicious.

I appreciate honesty and constructive criticism.

For example, writing frightens me.

People who read this will probably judge me or just find what I have to say irrelevant and unrelated to their views.

That’s fine, though. Not everyone can relate, nor should I expect them to. As frightening as putting yourself out there can be, it’s just as necessary.

You’ve got the good, the bad and the ugly: It just depends which one of those you spend most of your time looking at.

If your goal is to please every single person, you’re going to get discouraged very quickly.

Not only that, but I could imagine it being a hinderance to the process of your personal development.

Sadly, the more you portray who you really are as a person, the more risk you have of being attacked.

But for every price paid, a prize is gained.

Being vulnerable is highly courageous and inspirational.

Brené Brown states how vulnerability is the birthplace of creativity, innovation and change.

You give yourself the opportunity to move people who are spectating near and far.

In addition, by making yourself vulnerable, you’ve given people the courage to do the same.

Putting yourself out there and showing the world who you are will lead you to become the best version of yourself.

If you can connect with one person, you’re a success in my book.

If one person reaches out to you and tells you that you’ve moved or inspired him or her, you’re on to something.

You’re doing what you love anyhow, and you’re positively impacting and helping people in the process. Every time you send out what you’ve created to the universe, just keep in mind the people you do this for.

It’s been proven that you’re doing something right.

Don’t get discouraged by the naysayers and the hate club. Instead, use them as a tool for improving your skills. They are the fuel for your motivation, and the measuring stick for your progress.

There’s a quote that says the people who are crazy enough to think they can change the world are often the ones who do.

Surround yourself with those people. Their mere presence and encouragement will push you far.

These dreamers and doers are contagious.

We all have people in our lives who see greatness within us, especially when we can't see it in ourselves. Hold on to those gems as well.

If you spend more time at a craft and can withstand making more mistakes in the process than anyone else, you will become a master of your craft.

That alone will give you the power to make an impact.

It’s a matter of what you do with it, how much you believe in yourself and how far you go with it.

Becoming comfortable with vulnerability is a tough task, at least for me.

I have a friend who didn't speak to one of her best friends for months because of a nasty disagreement they got into.

They said some terrible things to each other, which destroyed their relationship. Both were too stubborn and holding onto resentment.

I could tell my friend was affected by this situation, even months after the occurrence. You could tell she still had a lot of love for her friend.

Perhaps the only thing in the way was fear of how her friend would respond.

After much thought, she developed the courage to reach out to her friend.

She told her how much she still cares about their friendship, regardless of everything that happened.

She took a leap of faith into the land of vulnerability, and came out on top.

We think about sh*t way too much, and forget how short life is.

At the end of the day, if you're looking for change, start becoming comfortable with making yourself uncomfortable.

You know that shaky feeling you get when you're about to do something daring, but you worry about the judgment of others?

The fear starts piling up, and you give yourself 76 excuses why you shouldn’t.

So, what do you do? You turn around and go home.

Well, I’m telling you not to go home.

Kick that door down, and slay that dragon.

Forget about the idea of emotional exposure.

It’s actually a very cathartic feeling. As Brown states, “By pushing through those doors, you are doing something far more healthy and transformative."

If you care about someone, just realize that life is too short for that.

Make the change you want to see. We complicate things as humans.

Some of you may or may not agree with these types of thought patterns.

But I feel like sometimes, some of us may miss someone. But we feel obligated to tell ourselves we don’t.

If we want to meet up with someone but aren't sure if the person will want the same, we convince ourselves that a text will make it easy for the person to reject  us. Calling is too aggressive.

So, we just wait.

If we don’t like something, we keep our opinions to ourselves because we’re too afraid of hurting someone.

If we love someone and tell that person, we're worried we’ll scare him or her away.

An average person lives about 27,500 days. Let that sink in.

Be brave and become comfortable with vulnerability.