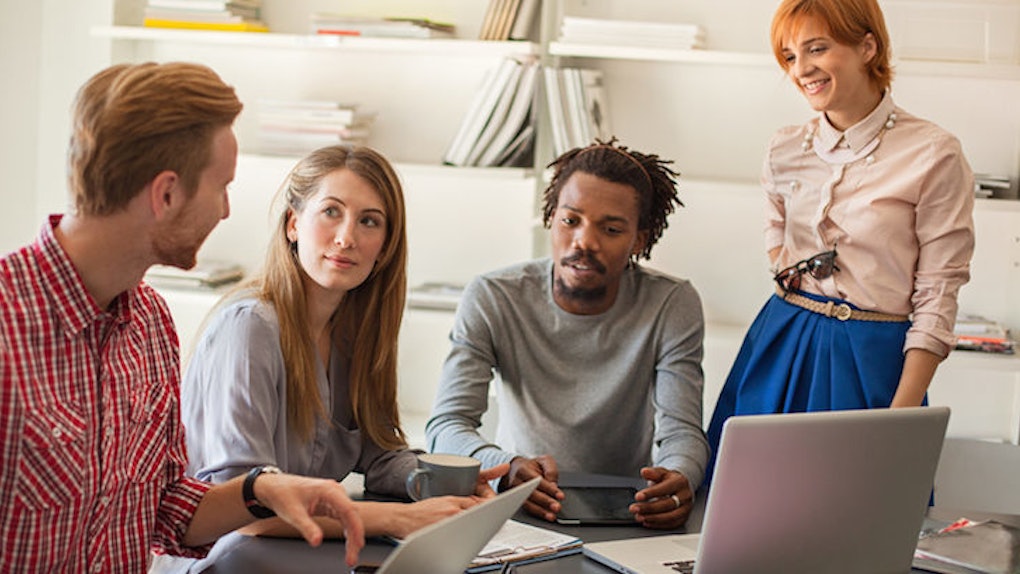 Wait, you’re that quick at typing? You just sent it? Dang.

Communication remains a major deal-breaker in all forms of modern relationships. Gone are the days of the "rider and the message," but written text is still a useful tool.

Verbal communication, however, is timeless and unyielding, and it's an art form in its own right.

Techniques of verbal communication are limitless, and there are many ways to get what you want out of an interaction. You can either leave behind a great impression, or one that is barely remembered.

Below are five great keys to establishing rapport and mutual respect, while verbally communicating.

Consider this a personal pet peeve of mine, hence, why it’s the first key.

Nothing says "this conversation is all about me" like talking over someone else.

It doesn’t matter if what you’re about to say is more important or could be more beneficial; a positive relationship with the person you’re communicating with should take precedence.

Allowing others to finish speaking also allows their trains of thought to remain fluid, which could potentially produce more ideas or teach you something you don’t already know.

Expressing your own views at the sake of somebody else’s respect for you may temporarily flaunt your knowledge, but you don’t often gain much knowledge back.

You’re only the smartest person in the room until you open your mouth.

2. Eye Am Looking At You

We all know this one, but as it is such a powerful tool, it repeatedly comes up while discussing verbal communication.

Eye contact not only shows deliberate conversation, but it also silently announces to the receiver that your focus is on him or her, and the subject at hand.

When you look at someone, this eliminates any worry the receiver may have regarding your interest.

Facial expressions are necessary to show you are keeping up with the conversation, and your mind is not elsewhere.

You can show this by smiling, laughing, sighing, flinching, etc. at the appropriate points in the conversation.

Overly expressing yourself, such as grinning when unwarranted, could potentially portray lack of understanding and focus. So, don’t go over-the-top, either.

Your tone says a lot about how genuine you’re being during a verbal conversation. If you say you’re excited about something, but you hold a groaning tone, you’re not being genuine.

If you say something is a bad idea for the person you’re talking to, and you exclaim it with a high pitch, you’re not being genuine. Establish tonal suitability, and become pitch perfect.

At the same time, I decide to slouch and face my body in a direction that isn’t toward yours.

Do I still appear interested in what you have to say? Probably not. Where your figure faces and how your body is positioned could be the "make or break" moment in a verbal interaction.

Your body is the physical embodiment of all that you are, so if your body isn’t in the right place, how can the receiver be convinced you are there at all?

Being physically there doesn’t necessarily mean being mentally there.

Grab these five keys, tweak them, build upon them and unlock genuine and beneficial verbal communication during your next interaction.