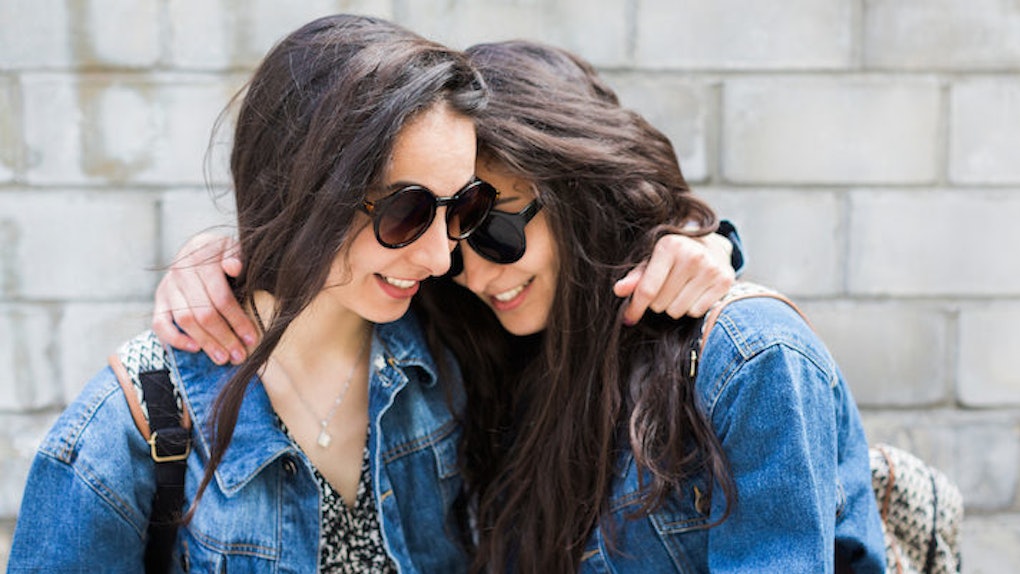 The Twin Connection: What It's Like To Grow Up With Your Best Friend

After a night of too much tequila, my mother found out she was pregnant with twins.

This created a slew of unabashed questions and jokes, such as "How do you get twins? Drink tequila!" And my personal favorite (said to a mother of triplets), "My mom drank tequila to have us, what did you drink?"

My mother also wrote a picture book series, inspired by the escapades of these little demons, titled "The Trying Twins," but I digress.

The conception of the twins increased my parents' amount of children from three to five. As the oldest, I have a whopping nine years over my twin brothers.

We named them traditional Irish names, Connor and Liam, because corn beef and cabbage would ensure a lifetime of bullying. The latter of the two twins, Liam, was a miracle baby. Born 30 minutes late, he was an emergency C-section, the only C-section out of all of my siblings.

From the moment they were babies, these two sh*theads have been inseparable and, frankly, quite humorous.

When Connor lost the fourth grade class president election to his other half, he told the teacher, "Well, if I had to lose the election to anyone, it would have to be my twin."

Whenever Connor forgot to pack his baseball cleats for practice, Liam would merely shrug and say, "I got you, bro" as he pulled out a pair for him.

Don't even get me started about them switching seats in class. Although they are fraternal, both twins look so alike, they've been switching identities at school since age 6!

The best part of their lives to watch was their daily morning routine. Liam, the neater and far more organized of the two, would hop out of bed early, immaculately make his bed, lay out his outfit for the school day and proceed to his morning shower.

Connor, the messy, "Pig Pen" antithesis of his twin, always rolled out of his bed, stumbled over and put on Liam's outfit. A scuffle would shortly ensue.

Liam yelled, "Those are my clothes, Connor!" To which Connor replied, "You idiot, we're twins. We have the same clothes!"

Now juniors in high school, the bond between the two is tighter than ever. They've experienced nothing but laughter, accomplishments and unconditional love.

They share (and fight over) everything. This includes, but is not limited to, textbooks, sports equipment, clothes and even girls. It's amazing to see two individuals grow up close together, instead of apart.

August 7 may be National Twins Day, but every day is twins day to my brothers.

One day in high school, two of my girlfriends, who were twin sisters, told my brothers they hated being twins.

Connor and Liam, both 6 years old at the time, looked at each other shocked. "How could anyone hate being a twin?" It was on their minds for the whole car ride home.

I can't wait to take them to Boston for their 21st St. Patrick's Day birthday celebration. I made this promise to them when they were 10, and they won't let me forget it.

They're the coolest set of twins I know. Love you both, you sh*theads.