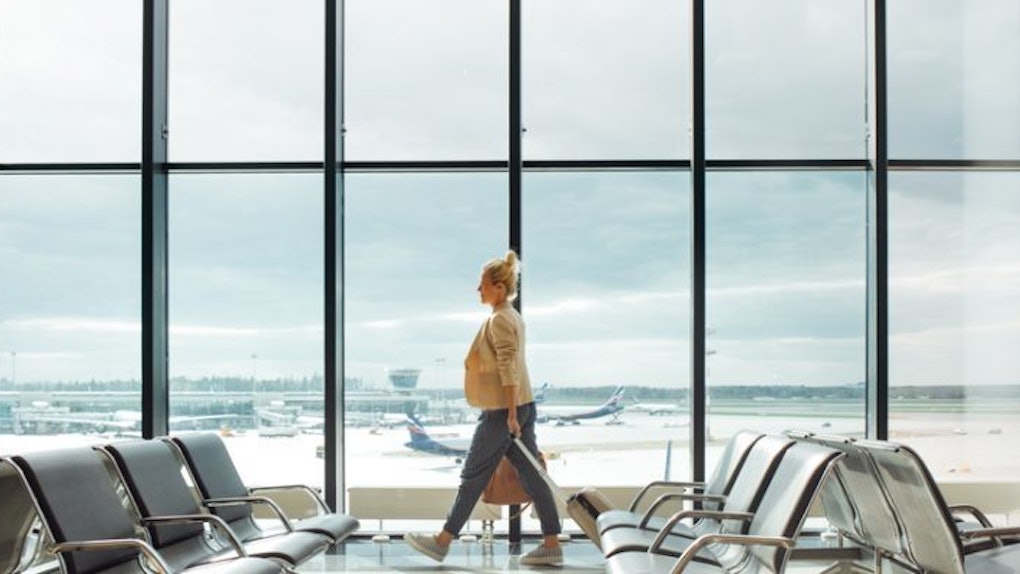 Flying sucks and it's all the TSA's fault.

In the TSA's defense, it's kind of a good thing that it sucks so much. It's for our security and safety and all that important stuff we should be more thankful for. But let's get real, flying absolutely blows because virtually everyone around you is an idiot or a child -- or both.

Thankfully, the TSA is joining forces with AA (American Airlines, not Alcoholics Anonymous, because that would be weird) and is going to be testing a brand new security process. This process is reportedly going to decrease wait times by up to 30 percent. I. KNOW. Packing my bags and blowing this joint, like, yesterday.

According to their press release, the bins used at security checkpoints will be 25 percent larger and bins will be tagged to track items that make their way through checkpoints. Each belt will also be automated to help manage bins and there will be a new system for tagging bins marked for extra investigation. They'll even be able to pair bag exteriors with x-ray images of the bag's contents.

Basically, you're about to hate traveling marginally less at some point in the very near future. OK, maybe not quite "near" future, but still.

Unfortunately for you, the new systems will only be at the busiest airports in the US, which include Dallas/Fort Worth, Los Angeles, Chicago O'Hare and Miami. Cooler still, a pilot program is being unveiled in Phoenix later this year, which will allow you to leave your laptops, liquids and gels in your bag and save you time and sanity.

If you don't live in a major hub city, you're outta luck -- no word yet on when the system will be in all US airports. Looks like you'll be stuck waiting behind some screaming children and old people in windbreakers, after all.

Citations: The TSA Is About to Make Airport Security Less Terrible (Gizmodo)