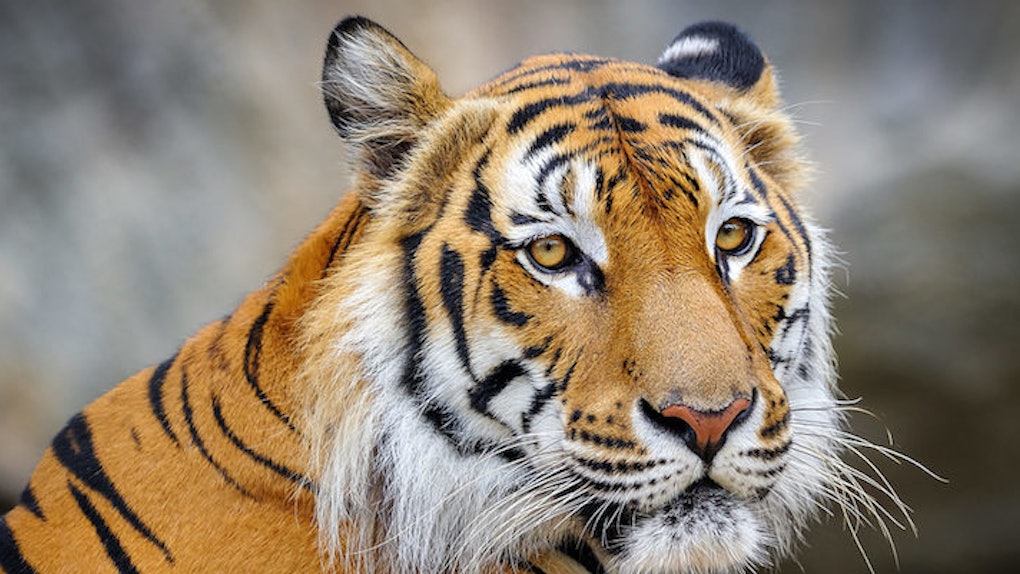 Recently, I have had the great pleasure of road tripping from Massachusetts down to Texas. This is truly a wonderful experience because you get to see many of the beautiful sites this country has to offer. We drove through the beautiful, open landscape of Virginia, were dwarfed by the skyscrapers of New York City, mystified by the Smoky Mountains of Tennessee and then abruptly disgusted by a tiger being kept in a cage at a truck stop in the Louisiana bayou.

Yes, you read that last sentence correctly. Just in case you didn't process it (because I still really can't), there is a TIGER being kept in a CAGE at a TRUCK STOP in Louisiana. There are only about 2,500 left in the wild, but don't worry. There is one at a freaking truck stop in the boondocks.

Part of me wanted to turn around just to go spit in the faces of the people who think it's OK to keep a tiger in a cage at a truck stop, but part of me thought they might be the kind of people who liked that. So, instead, I researched and decided to give Tony a voice instead.

Tony The Truck Stop Tiger is a Siberian-Bengal Tiger that has lived at the Tiger Truck Stops in Grosse Tete, Louisiana for more than a decade. He lives in isolation, constantly breathing in exhaust fumes. Aside from breathing in hazardous air, his cage is not enriched and not large enough to support the type of lifestyle tigers typically live. In the wild, tigers are solitary animals that travel hundreds of miles a day. They have very acute hearing, so the constant sounds of large truck engines and the taunting of truck stop visitors is very disruptive to Tony.

The lack of space to exercise, on top of the toxic fumes and constant noises, have left Tony in very poor condition. Vets report that he paces around the cage, which is a behavior tigers partake in when they are stressed. This is a clear sign that action needs to be taken soon for Tony's welfare.

With the wonders of social media nowadays, huge progress has been made for animal rights. Awareness is spread, good information is falling on listening ears and caring hearts and it is benefitting the welfare of animals everywhere. The best example of this is "Black Fish," the documentary that ultimately resulted in SeaWorld no longer being able to imprison orcas in bathtubs. However, it seemed strange to me that I had heard about the tiger that just died in Indonesia's death zoo. Yet, until this road trip, I had not heard of Tony The Truck Stop Tiger.

In today's world, where we know so much about animal welfare, it blows my mind that this atrocity can even happen, especially since laws like the Big Cat Law are in place to prevent backwoods tool bags from privately owning big cats. So, how is it that something like this can even happen? Why does it happen? And, most importantly, how can we stop this?

The why is simple. Tony is being exploited for the same reason all animals are exploited by humans: Money. The owner of the Tiger Truck Stop, Michael Sandlin, has been exploiting tigers for decades because it lines his pocket. In a state like Louisiana, the tiger business is booming due to state pride in the LSU Tigers (the university has no involvement with Tony).

However, paying for the cost of properly caring for a tiger is obviously not part of Mr. Sandlin's agenda. In 2003 the USDA cited Sandlin for failure to provide veterinary care for the tigers (he used to have more than just Tony, but was ordered to give them up), improper shelter for the tigers, lack of clean drinking water and lack of qualified employees to care for the tigers. At this point in time, three tigers were removed from Mr. Sandlin's care. Tony was left behind.

So, how is it that Sandlin is still allowed to keep Tony? Again, this answer is fairly obvious: money and corrupt politics. The Louisiana Department Of Wildlife And Fisheries was successfully sued in 2010 by the Animal Legal Defense Fund (ALDF) for illegally issuing Sandlin a permit to exhibit Tony. Although Sandlin appealed, the higher court stuck with the decision to revoke the permit because they had Tony's best interest at heart.

In 2014, however, Louisiana Governor Bobby Jindal signed an act that provided Sandlin an exemption to the 2006 law that prohibited the private ownership of dangerous and exotic large cats. Sandlin is still in the midst of countersuing to obtain a permit, but continues to display Tony as a gimmick in the meantime.

Now, here's the one question I do not have an answer for: What can we do? For now, the ALDF is fighting the legal war with Michael Sandlin for Tony's release. Much like the legal war that was fought with SeaWorld, it is going to be an exhausting battle. But hopefully Tony can get the happy ending he deserves.

Giving him a voice, however, is something we can do. I had not heard of Tony The Truck Stop Tiger until I passed a billboard advertising him on I-10W in Louisiana. It's not a nice story to have come across, but hopefully it will now fall onto listening ears and caring hearts, and we can play a role in getting Tony into a sanctuary to live out the rest of his days in a prideful, dignified way that he and all tigers deserve.