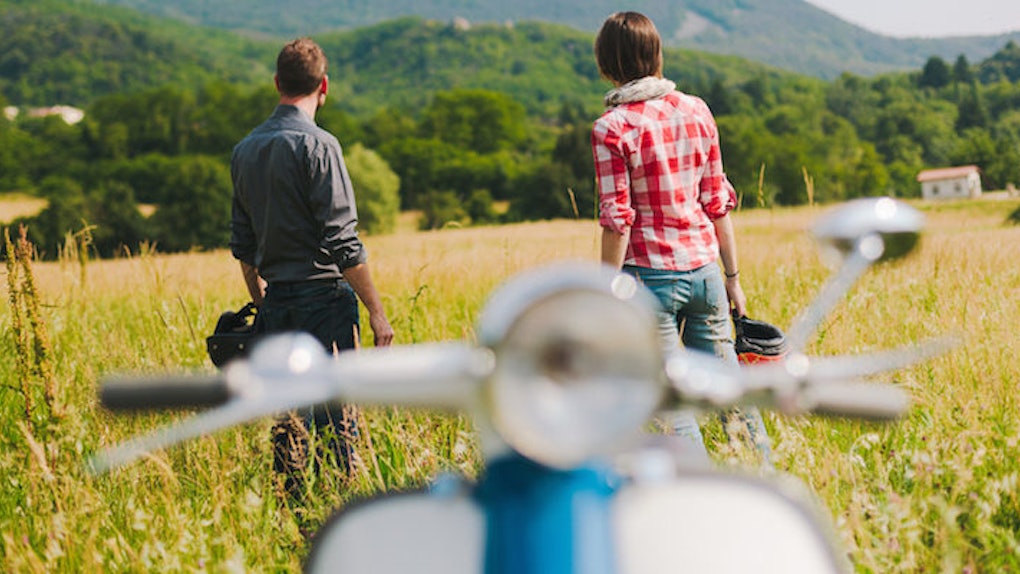 7 Ways Traveling Scientifically Changes Your Personality For The Better

Traveling is probably one of the only activities that most people can agree they love.

I mean, who doesn't want to discover unfamiliar territory while immersing themselves in a new culture?

Who wouldn't want to explore far-off places, places they wouldn't get to see under any other circumstances?

For those who love traveling, did you know long-term adventures can actually alter your personality?

Well, Dr. Julia Zimmermann and Researcher Franz Neyer set out to prove just that in a paper published in the Journal of Personality and Social Psychology.

The pair studied two groups of German college students -- one group traveling abroad in another country for one to two semesters while the control group stayed put.

The specific goals of this trial were to determine "how this period of extended travel influenced personality, as well as how the new social network people developed influenced any observed personality changes."

Prior to traveling, each and every participant was required to take a test that measured the "Big Five" personality aspects: openness to experience, agreeableness, extraversion, emotional stability and conscientiousness.

When these students came back from their travels, they had to take the same test again, and the results were compared.

Sound a bit confusing and wordy? Just a little. But don't get distracted.

The interesting sh*t is just about to come to light...

As you may have guessed, the students who went abroad scored higher in extraversion and high engagement when it came to social interactions, as opposed to those who stayed in their domestic locales.

Also, in comparison to those who did not travel, those who did scored higher in conscientiousness, openness to experience, emotional stability and agreeableness.

So how can traveling affect your personality?

You start to look at life from entirely different vantage points.

When you stay in one place for extended periods of time, you begin to take the simple things for granted.

When you travel, you realize the things you deal with every day, like brushing your teeth and taking the elevator to your apartment, are actually blessings.

The idea of being spontaneous no longer freaks you the F out.

Once your perspective on life has been changed, unanticipated changes don't derail you quite like they used to.

You realize life is just life and things happen, and the way in which you react is what determines your mood and your course.

Travelers don't let things dissuade them from whatever it is they're doing. Instead, they react accordingly and move along. Why? Because the journey is the destination, man.

You're completely removed (and freed) from your comfort zone.

The quickest way to get out of your comfort zone is to get the hell out of wherever you are and immerse yourself in a completely different culture.

Watching the way people interact with one another and the land surrounding them is an eye-opening experience that can only be done in person.

Stop living life through the lens. Get out there, and see it for yourself!

You're more open to meeting and making friends with new people.

When you are traveling, you can't help but meet new people.

It's beyond interesting to see the different way someone your age lives his or her life in comparison to yours.

Zimmerman and Neyer found "the more that these travelers engaged with new people from different countries, the more that promoted goals related to openness."

This also aids in gaining a new perspective on life, which leads to...

You learn that there's a huge difference between Facebook friends and real friends.

Let's get this out of the way, first and foremost -- Facebook likes do not count as a means of keeping in touch.

When you are traveling and meeting so many new people over the span of so many new places, it's basically impossible to keep up with whatever your friends are doing back home.

This isn't to say you care about them any less, just that your current situation is tailored to the new friends you are making.

Your creative juices are on overdrive.

You may think there is no way creativity and traveling have anything to do with one another, but you are sadly mistaken!

Each culture has within it a set of practices and manners. Learning to adjust your preconceptions is an indication of creativity.

The group concluded "learning that the same task (getting a snack) has different solutions is a hallmark of creativity.

Thus, living in another culture and learning the practices of that culture may enhance the psychological processes that make people more creative."

You don’t get tied up in the little things that used to break you down.

Instead of getting distracted and deterred by obstacles that appear in your path, you embrace them.

Since your perspective has been changed, you aren't as likely to simply throw in the towel.

Instead you're more reactive to change and willing to work out a course of action that will benefit you in the long run.