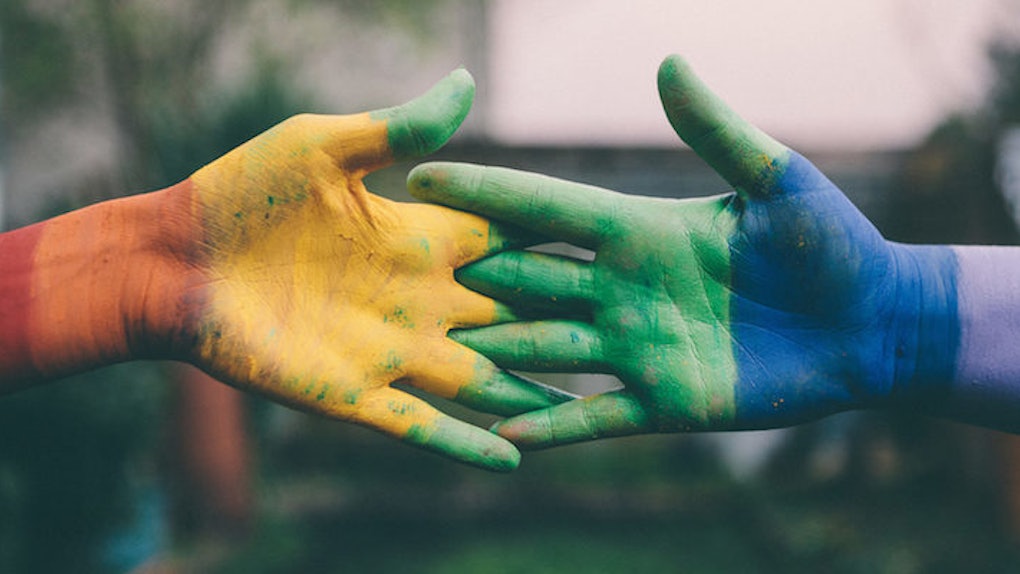 10 Common Misconceptions About The Transgender Community

Since Caitlyn Jenner made her debut on the cover of Vanity Fair, Millennials around the world have expressed their acceptance of the transgender people.

This is great; I encourage acts of acceptance and love around the world.

The only problem is, the term transgender can be confusing to some.

Many people may find themselves unintentionally using language that is offensive and/or degrading to this community.

Trans language is complex, and the terminology may vary by geographic location and even by age.

Think about it: Older trans folk may have developed their identities before newer terms for identities were made.

As we move our world away from conservative, heteronormative beliefs, it is important for people to understand how to address others using proper pronouns, not just gender cues.

As a sexologist, I am compelled to help define many of the trans-related language people may find difficult to understand.

This article highlights 10 important things to know about the trans community:

1. What does it mean to be transgender?

Many people are born into a body with parts they cannot relate to. If people live their lives outside of the gender they were born with, they may be called transgender.

When someone born with the anatomical sex of a female transitions to a male, he may be called a transgender male.

It is common to hear the abbreviations FTM or F2M to describe people in this community.

As you might have already guessed, a transgender female would be the opposite.

When someone born with the anatomical sex of a male transitions to a female, she may be called a transgender female.

It is common to hear abbreviations MTF or F2M to describe people in this community.

3. Don’t ask people if they have medically transitioned.

Most likely, you are going to meet someone who is transgender in your lifetime.

It's truly amazing how more and more people are building up the courage to come out.

However, this does not make it okay to ask a complete stranger about his or her surgical status or intentions.

Some trans folks choose to have operations, while others do not. One’s surgical status does not make him or her any less male or female.

Please don’t ask trans folk about this topic. It is extremely offensive and an invasion of privacy.

Imagine asking a guy you just met if he has a big penis. Doesn’t that sound ridiculous?

If they want to share, they will; if not, they won't.

Gender has increasingly been looked at in terms of behavioral, cultural and psychological characteristics associated with femaleness or maleness. It is the non-sexual side of sex.

In this case, sex has nothing to do with "getting it in." Sex can be defined as the dichotomous biological aspect of gender, male or female.

5. What is a gender cue anyway?

Just last night, my sister used the men’s bathroom at a restaurant.

They were private bathrooms, and there was no one waiting for the men’s, while the lady’s restroom was full.

When my sister walked out, a guy yelled, “Hey, you’re not a man.”

He happened to be right this time, but that may not always be the case.

Our culture and the media have taught Western societies to use clues to determine the sex or gender of another person.

We see this when parents dress their newborn daughter in pink, when a man grows a beard or when a lady wears a dress.

Gender cues cause assumption, something that is problematic in the trans community.

It's almost 2016. It’s time for all public facilities to provide gender-neutral bathrooms.

Think about how you are contributing to the gender binary (the idea there are only two genders), and fix it.

6. Why do some people use the abbreviation, "trans?"

The term trans is sometimes used to refer to the gender diverse community as a whole. It is commonly used as an umbrella term.

This term may also be used in a different way; it allows a person to identify as gender diverse while maintaining privacy.

When people call themselves trans, it does not assume their hormonal or surgical statuses. As I said earlier, many find this to be quite personal.

I think a lot of people, including the Kardashian and Jenner kids, are having a difficult time understanding that a person’s gender identity does not determine his or her sexual orientation.

Do you feel masculine? Feminine? Whatever you sense you are is your gender identity.

Sexual orientation is totally different; this term is used to describe what gender(s) someone is sexually and/or romantically attracted to.

Think about it like this: Sexual orientation is about who you are attracted to, while gender identity pertains to how you feel and express your own gender.

8. Interested in reading to find out more about trans folks?

No matter how you identify, where you grew up or who you are, every person's lived experience is different and important.

Trans expert, activist, sexologist and professor Dr. Eli Green recommends looking into reading the following books: "The Testosterone Files: My Hormonal and Social Transformation from Female to Male" (2006), "The Last Time I Wore a Dress" (1998), "Becoming a Visible Man" (2004) and "She's Not There: A Life in Two Genders" (2004).

These titles will give readers a better view of how diverse the lives of trans-identified folks can be.

After all, not everyone gets a glam squad like Caitlyn Jenner.

Dr. Green’s work focuses on reducing prejudice toward transgender people and communities through education and training.

For more information you can visit his page.

9. Why do some people use the term transsexual instead of transgender?

The term transsexual is often used in the medical community.

It refers to someone who is assigned a sex at birth, but experiences a different gender identity and desires to transition to the gender he or she identifies with.

10. How can you help the trans community?

Throughout their lives, trans individuals are often marginalized, discriminated against and abused.

The bullying and violence these folks endure contributes to the high rates of murder and suicide in the community.

You can help these individuals by being an ally.

Be careful with your word choice. Be aware of gender binaries, and push your communities to break them.

Be open. Be kind. Be sensitive.