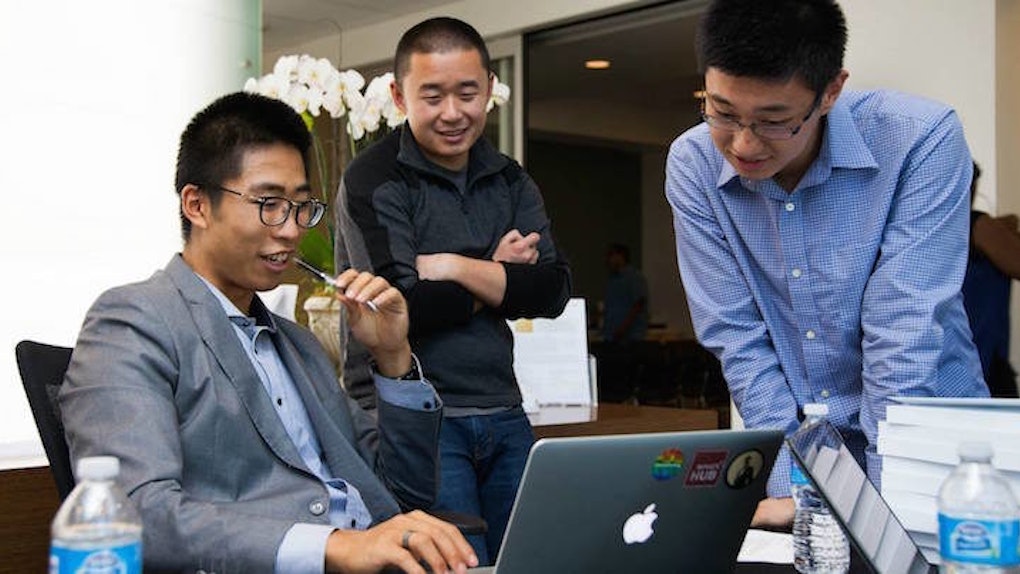 How Pursuing Data Science Taught Me to Create My Own Opportunities

As a young child, I’ve always been fascinated by the question of emergence: How did life spontaneously come into being? How did it grow from simple single-cell organisms to the complex, multicellular behemoths we call plants and animals? How did it give rise to a bipedal hominid with a remarkable cortical structure that allows for consciousness?

And, now, with the mass of humanity changing the face of our planet, what complex meta-organism are we humans the building blocks to? I knew I wanted to spend my life answering these questions, but a childhood experience made me wary of pursuing a purely academic route.

I learned a lot about the world from the professional frustrations of my father. A gifted biologist, he completed his doctorate in molecular biology in record time. However, when I was in seventh grade, he was unceremoniously ousted from his research position, throwing both himself and our family into chaos.

I attributed his downfall to the intrigues of politics. In the aftermath, I dedicated myself to pursuing my interest in emergent complexity while also learning how to make my own luck and create my own opportunities.

I looked earnestly at the man across the table. “I’m willing to do manual labor,” I said, “If it means that I could listen in on the sessions.” Raymond McCauley, Chair of the Biotechnology Track stared back at me thoughtfully.

After learning about the 10-week program focused on exponential technologies at Singularity University (SU), I knew it could provide an expansive view in my pursuit of complexity.

Although I had neither the money nor the background to be an eligible candidate, I was still adamant about my desire to attend and sought out this meeting with Raymond after a summer of preparation. He finally said, “Maybe I could use your talents somewhere else.”

The next summer, Raymond took a chance and hired me as the youngest Teaching Fellow in Singularity University’s history. Most Teaching Fellows were PhDs or MDs in the track they represented. I was a sophomore from college. Still, my summers in wetlab biology and experiences from the International Genetically Engineered Machine (iGEM) competition gave me valuable experiences to share.

My exposure to these fields led to a decision to change fields. My previous strategy to understand the complexity of life and the emergence of meta-organisms was to study biology, but during the summer at SU, I found my worldview expanded drastically by a set of exponential technologies.

After some reflection, I focused on a common trend that the different technologies shared: They created new formats to interact, manipulate and process information. I expanded my previous definition of complexity beyond the biological sphere to encompass the technological one.

I rubbed my eyes and looked at the clock: 2 am, again. I was looking for a bug in my Gibbs sampler code, an assignment due for my graduate statistics class that morning.

My summer at SU left two deep imprints on me: a focus on computer science and an appreciation of entrepreneurship. Despite a late start, I decided to switch my major to applied mathematics. My area of specialization was machine learning, the use of mathematics to decipher signal from data.

As the end of junior year approached, I decided to take a risk and march off the beaten path of scheduled schooling. Although I enjoyed my classes on prediction classifiers, I knew I had to apply my understanding to concrete problems if I wanted my understanding to be useful.

One day, I had a Skype session with my good friend, Dylan Field, who had left Brown to become a Thiel Fellow. The excitement of working on real problems at Flipboard and the pursuit of his entrepreneurial ambitions with Figma inspired me to think about an absence as well.

At the time, I was too old (20) for the Fellowship’s cut-off limit, so I decided I would create my own version. I would go back to Silicon Valley and find a data science startup to apprentice under, both to refine my skills in machine learning and to live through the front lines of entrepreneurship.

I packed two bags and bought a one-way plane ticket back to the Bay Area.

I stared out at a room full of PhDs and post-doctorates, each a decade my elder. I was nervous, but my voice was steady. For the past week, I had been hunkered down in front of my computer, painstakingly going over the dataset I was going to present. After persistent petitioning, this was my chance to convince the data scientists at Ayasdi they should hire me.

Born of out of novel research at Stanford, and DARPA-funded, the company was commercializing a branch of pure mathematics (algebraic topology) into a powerful framework for data science. After learning about their background, I made up my mind that I wanted to work there. The problem was how.

I scoured Linkedin to see what common connections I had with the company. To my surprise and delight, Raymond McCauley, my old boss from SU, had a few connections in common. Through a generous introduction, I was invited in for an interview.

Unfortunately, I soon learned that someone else had been hired for the role, and I was left in dark for next steps.

At this point, I had a choice: I could either give up on Ayasdi, and go look for a place elsewhere, or I could stick it out and try applying again. I was stubborn, and decided I liked Ayasdi too much as a company.

Not only did they have world-class data scientists I could work with and learn from, but also the particular direction of their algorithmic research in applied topology was a powerful tool to use in understanding emergence.

My parents were concerned I was wasting my time and should go back to Brown, but I convinced them this experience was part of the education I needed. My father’s research was put on hold because of his professional roadblocks; I wanted to see if I could overcome my own.

Each time Ayasdi said no, I went by the office and tried to convince them of another role. One meeting was with the CEO; he was unconvinced someone with my age and credentials could be valuable. I laid out my case to persuade him otherwise.

I showed up so many times at the office that by the end, the engineers by the door knew me by name. After a long effort, I got a chance to demonstrate my knowledge on a week-long data challenge. I hunkered down and really worked on the data challenge, stopping only for meals and occasionally sleep.

The room where I presented my data challenge had a feel of a mini-thesis defense. Gathered around a long conference table, the data scientists of Ayasdi lobbed one hard question after another, digging into the particular strategies and assumptions I made in my analysis.

I went home shaken and uncertain; this was my final bid. A few days later, after two months of roller coaster ups and downs since I first set foot in Ayasdi’s office, I opened my email to discover a congratulatory offer for a full-time position from the company.

I take one last look across the playa of Burning Man and marvel at the order that emerged from decentralized chaos. The last two years, since joining Ayasdi, had been full of projects. It took us two years, but a few friends and I had written and self-published "The Data Science Handbook," a compendium of knowledge and wisdom to help others in blazing their paths to becoming data scientists.

My one and a half years at Ayasdi brought me to the boardrooms of clients in New York and London, and taught me much about the fascinating world of software startups.

I had a chance to work for world-class Parisian startup Snips, travel to Nairobi and cofound Alexandria, co-op house in Palo Alto. In the One Salon, an international intellectual gathering that has grown to 11 cities around the world, I had a chance to practice my learnings on emergence and create some of my own.

Paul Graham wrote an essay that had a great effect on me. He said the words that characterize a successful entrepreneur are “relentless resourcefulness.” If you know what you want, it is up to you to get it.

As a friend of mine puts it, articulate what you want to the universe, bust your ass, and it will give it to you.