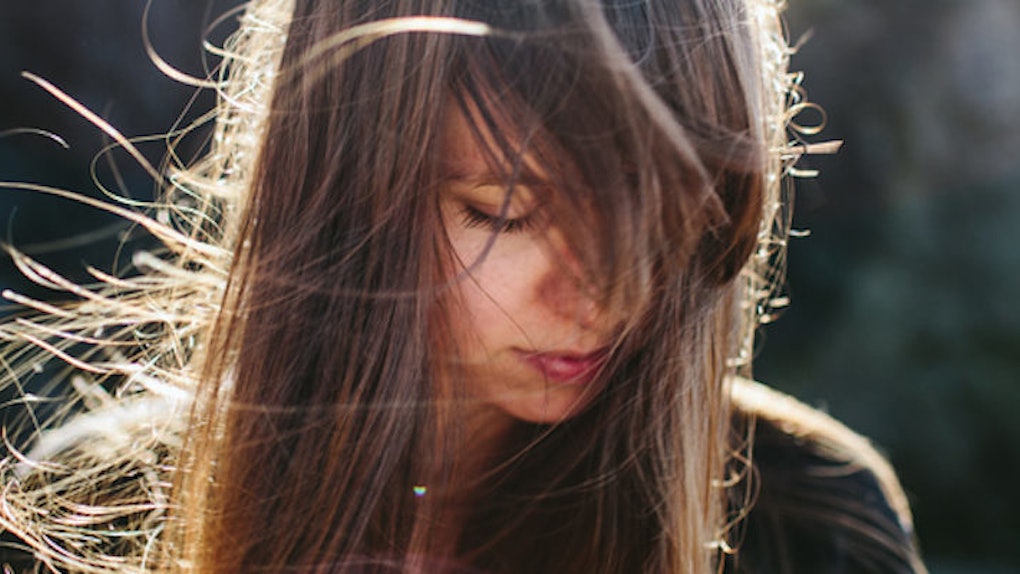 I spent six years with a boy who made me laugh, held me like it was the last time he'd ever hold me again, always made sure I had a full tummy and a Reese's cup in hand. He used to look at me like he wouldn't know what he'd even do without me. We used to talk about our futures together like it was written in stone.

I guess it is true that opposites attract. I'm both extroverted and introverted. I'm outgoing, super sarcastic and I'm not afraid to shake my ass to Beyoncé in front of random people at a bar. That's me, and I shouldn't have to apologize for it. My ex, Landon*, is completely introverted. I never knew what he was thinking, and I still don't, six years later.

Before I went away to college last year, I started to realize a lot of what I wanted in a husband, I no longer found in Landon. He was immature, insecure and was literally miserable 24/7. I'd find myself sitting across from him at the dinner table and have nothing to talk about.

We had been together every day since I was 15 years old. He was my best friend. He was all I knew.

How he treated me was how I thought every boyfriend treated his girlfriend, especially since all of his guy friends treated their girls the same way: with absolutely no respect.

I've been a victim to (and witnessed first-hand) the disgusting verbal and physical abuse these guys impart on the women they "love," along with hitting on any girl who gives them the slightest bit of attention.

Within the six years of my relationship with Landon, there were constant lies, distrust and negative influences surrounding us. After a particular fight we had while on vacation, I made the difficult decision to walk away from him for good. This breakup was the foundation on which I built my life, and I've never been stronger.

It forced me to restart from the ground up. I knew what I wanted, and he wasn't giving that to me anymore. I had to find it elsewhere.

Planning a future with someone only to have it not come true is one of the hardest parts to grasp about a breakup.

For years I made excuses for his behavior, but then I finally came to the realization he was never going to change; this was who he was, and I had too much respect for myself to let this toxic relationship continue. My goal was to find myself and the freedom I'd been lusting for.

When you share a life with someone for as long as six years, your everyday routine becomes intertwined with his. You don't know how to function when he's not around. I knew I wouldn't be able to get past a week of not speaking with Landon, so I decided to change up my pattern and ghost him instead.

I was surprised how quickly I got tangled up with someone new. I loved the freshness; he didn't know about me, and I didn't know anything about him. I just wanted to have fun and so did he.

I was confused and upset for a while after that second relationship ended, so I finally gave myself the time I needed to grieve.

Thankfully, the feeling of regret soon dissipated. I started seeing the positives of being by myself. I was finally feeling genuinely happy again, and I no longer had toxicity in my life.

The end of a long, draining relationship seems like the worst thing in the world, but the outcome is worth all the regret and pain.

After giving myself the chance to adjust to life without Landon, and reintroducing myself to the woman I am outside of a toxic relationship, I began to turn a new leaf.

I've finally reached the point where I'm comfortable with patiently waiting for the person who's going to treat me the way I deserve, someone I can spoil with loyalty and love.

At the end of the day, I'm so thankful for the seemingly bad decisions I made, because they helped bring out my fiercely strong, independent side.

Landon held me back, and I eventually outgrew him. I can't imagine the day where I won't have love for him, but it's a nostalgic love, not anything that would make me want his toxicity back in my life. God opened my eyes by distancing him from me so that I could rediscover my passion for life, and find someone along the way who deserves all I can offer.

Men need to understand this: Women deserve to be loved and cherished, especially when it's inconvenient. We deserve nothing but the best, and we shouldn't settle for anything less than that.

No matter how much time and effort we've put into a relationship, it's important to know that it's OK if it fails.

At the end of the day, you can say you did everything you possibly could to save that relationship, and that's what matters.

You will get what you deserve. You just have to be patient.