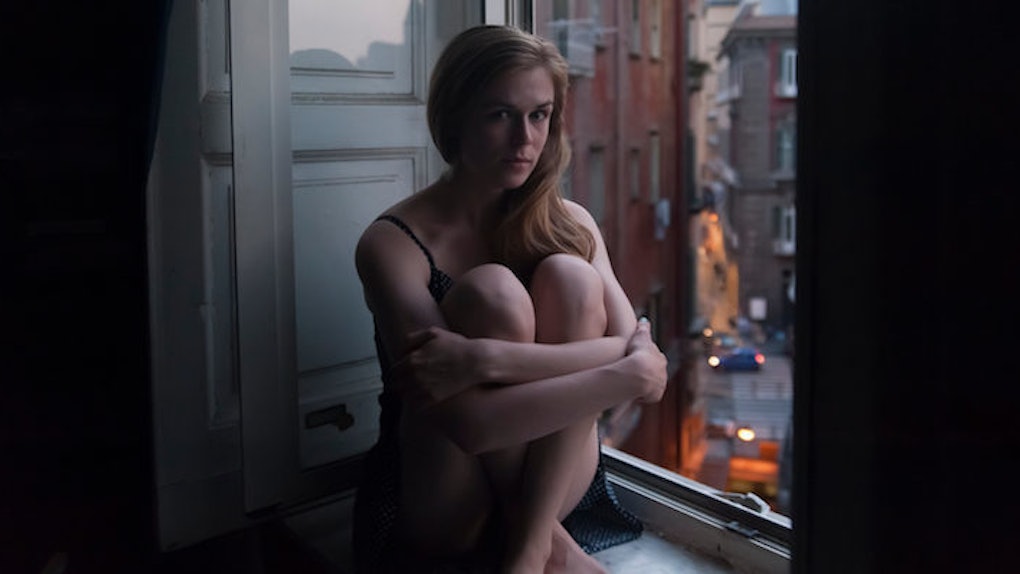 No matter how you reached the decision to study abroad, someone probably told you it would change your life. Like the cliched saying goes, it will broaden your horizons.

If by "broaden your horizons" the person meant it will fill you with new fear and force you to grow, then yes, it will broaden your horizons. But, it will take courage you never knew you had. Here are five things every student is secretly thinking while studying abroad:

Step one of any major transition is freaking out. When I arrived in my room in Poland, I no longer had a clear goal in sight. I wasn't focused on making that connecting flight or catching that train. In that moment, I suddenly realized I was on the opposite side of the globe from everyone I love. Not only that, but that I'd also paid thousands of dollars and sacrificed months of my life to do it.

That is terrifying feeling, especially when you've been traveling for 24 straight hours and are unable to correctly process emotion. At a party the next day, a guy from Rome put it simply, "At this point, you're just wondering what the hell you're doing here." We laughed, but we both had fear in our eyes.

It's so strange to cross so much distance and then realize that life is essentially the same. It feels the same. You do all of the usual things: You still call your mom, you still have class in the morning and you still eat and sleep.

It starts to feel like distance is just another concept, sort of intangible and not so daunting. You could still catch a plane and be home tomorrow. The distance is real, and the change is real. But if your experience is like mine, it's hard to conceptualize how big it is.

There's a strange sort of tiredness that comes with living in a foreign country, at least for the first few weeks. It was especially strange for me because my life was far less stressful than it had been at home, where I'd been a full-time student with a job.

But, there's a certain kind of mental tiredness that comes from the constant work of acclimating to a new place, struggling to translate and understand language and adapting to new surroundings. I will never again take for granted how wonderful it is to be able to read and understand every sign immediately.

4. I'm not the same person who left home.

Within even just a few weeks, study abroad has a way of forcing us to grow constantly and in small ways. Suddenly, everyone is a stranger, and some people are speaking a different language. There are no familiar places in sight.

It takes a little bit of bravery to even leave your room. This constant challenge is a sure way to grow and find new confidence.

Taking the tram across the city alone or even just ordering food in a new language are small victories that begin to create a sense of new independence and strength. With every new accomplishment, it becomes clear that you did it all on your own. It's an incredible feeling to be self-sufficient in new ways.

5. There's so much I don't understand.

It's hard to describe the new sense of wonder that emerges when you realize there is so much more to life than what you've seen before. Seeing just how much more there is shakes the teenage cynicism so many of us forget we're holding on to.

There are a lot of things that prove there is still so much goodness and excitement left to experience, including ancient architecture, the kindness of strangers and the sunset over a new city. It takes bravery and the willingness to let go of the familiar, but it's an incredible opportunity to grow in ways you never expected.