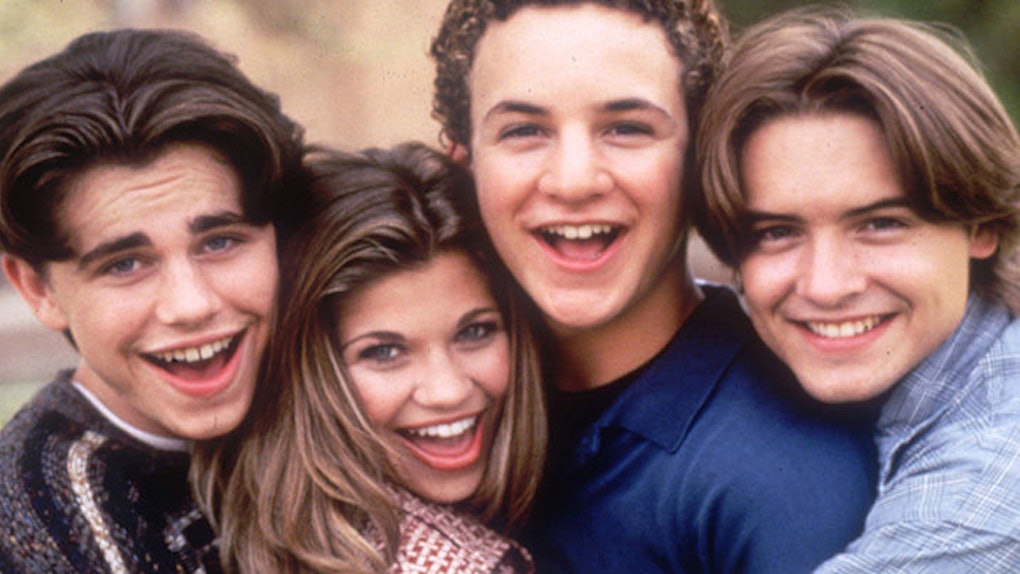 The Age Of The Millennial: 6 Reasons Why The 90s Really Were All That

Most of us in Generation-Y were born in the late 80s and the 90s, the golden era, the mecca of existence. While we love the idea of alien crop tops and black stretchy chokers, the 90s were about much more than that.

The reason all of us Gen-Yers are so nostalgic when it comes to the 90s is because a lot of us were too young to actually enjoy it. Of course, we loved the style, the mentality and the whole package that comes with being a 90s kid, but most of us were just that: kids

Many of us don’t realize the 90s were one of the best decades for America. In comparison to today’s society, things were pretty perfect.

The economy was booming.

According to the New York Times, between 1990 and 1999, the median American household income grew by 10 percent. Since 2000, it has decreased by nearly 9 percent.

Americans were making more money and living better in the 90s.

More people wanted to enter the workforce in the 90s in comparison to today, and the unemployment rate was actually lower than today’s, even if Obama has gotten his hands dirty.

The budget was balanced, and we didn’t have to constantly worry about our government shutting down again.

The music was amazing.

We’re no strangers to the greatness the music industry held in the 90s, and not just in one genre. The 90s had the best music across the charts.

Anyone who liked a little edge was rocking out to Nirvana, Blink-182 and The Red Hot Chili Peppers.

The rap industry had real rappers who weren’t beefing over Twitter, like Tupac and the Notorious BIG.

Women were rocking the charts and showing us anything guys can do, girls can do just as great.

Gwen Stefani was showing us punk rock wasn’t just for guys, and there was No Doubt girls could rock out with the boys.

Britney Spears, Christina Aguilera and Mariah Carey were belting out ballads and owning the charts.

The 90s had some of the best shows, and there’s nothing today that even compares to that success. Every show had a meaning and a life lesson takeaway for those who watched.

We weren’t following handheld cameras into the lives of young teenage mothers; we were watching stories and narratives with substance and meaning.

We would watch TV and always come away learning a valuable life lesson. We weren’t just watching a bunch of housewives fighting over a handbag or sex scandal.

We were learning about life from Feeny.

The fashion was hip.

Every fashion blogger, celebrity and Tumblr girl we secretly obsess over is rocking the statement pieces that were seen all across that decade.

We throw on ripped high-waisted jeans with combat boots, oversized plaid shirts with a crop top and a choker and we’re ready to go out.

The best thing about the statement pieces of the 90s is that they aren’t only really cute, they’re also really comfortable.

The 90s were the very beginning of the technological world. Steve Jobs had just gone back to Apple to change the way we would see mp3 players and phones forever.

But, with such little technology, we were free.

People would actually communicate with each other in person, or at least call each other more on their house phones…until mom picked up from the kitchen and told us to go to bed.

We didn't text each other to catch up, and we didn’t have the drama of misunderstanding a Facebook post or text message because it lacks tone and emotion.

We didn’t think about what filter would look best on the sunset you’re watching with your friends because we didn’t worry about posting pictures.

We were able to enjoy the moment, live in the moment and not worry about sharing it.

We weren’t constantly checking up on everyone else, but instead, seeing if we could keep our Tamagotchis alive.

Life was simpler and free.

Since 2000, there have been a lot of things that have escalated into full-blown stages of paranoia.

In the 90s, people weren’t always scared to get on an airplane, with the fear of terrorism or missing airplanes.

Kids were playing outside more instead of being kept inside submerged in technology.

People knew who their neighbors were, and even said hello to them in the morning and when they walked their dog late at night.

Block parties were an actual thing, class parties for your birthday were the best days and everyone looked forward to the fun days of the summer so we can grab our Skip-Its.