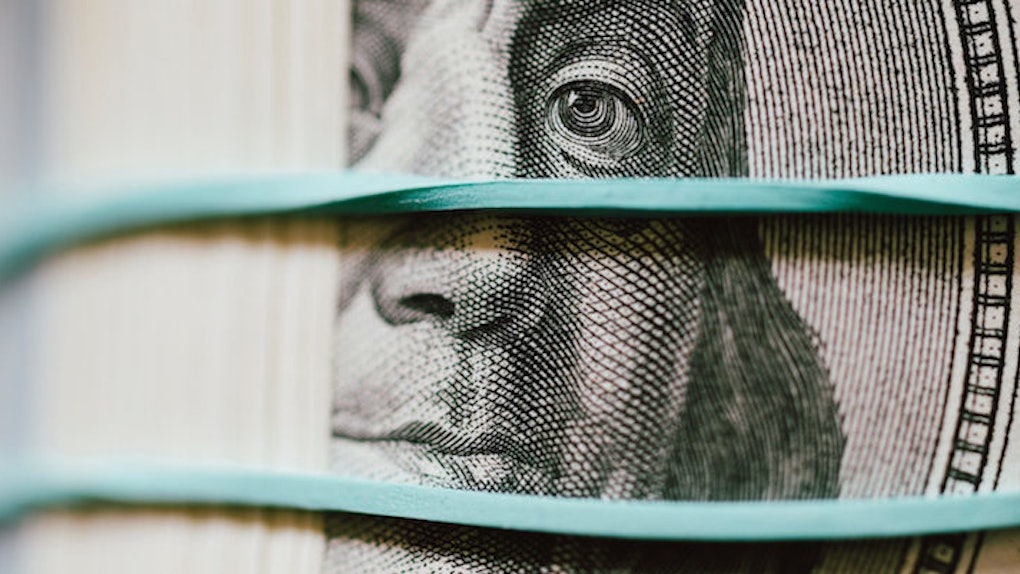 I mailed in my taxes on deadline day, I wrote almost every one of my college essays the night before it was due, and I made it through high school by doing homework for the next class during the class before at least 80 percent of the time.

I can recall my 2 am runs to the vending machine for Cheetos and Coca Cola. I've since graduated to tea and whisky, but let's face it: I'm still procrastinating.

Despite my best attempts to plan ahead and avoid the stress of the last-minute rush, I've found that procrastination works. It gives me laser-like focus and clarity that I find nearly impossible to replicate when there's ample time to think things through.

As it turns out, procrastination can be a useful tool. But, there's a major caveat: The benefits of procrastination only apply when there's a definitive deadline. It's the sense of impending doom deadlines deliver that provide the otherwise elusive motivation for getting things done.

Unfortunately, many of the most important aspects of our lives don't come with deadlines. Our health, our relationships and most certainly our finances don't operate on a set timeline or within a school-like structure.

But without definitive due dates, the motivational, clarity-producing panic of the last-minute rush doesn't set in. This leaves the procrastination to linger on and on.

That's when things get dangerous.

Within the framework of personal finance, procrastination results in reactionary responses. This means, we fail to engage with our finances until sh*t hits the fan.

A 2015 study found that the top catalysts for rethinking financial planning are unexpected windfalls and financial emergencies. Only 12 percent of people have a written financial plan.

Without deadlines to incite proactive financial planning, it's dangerously easy to default to doing nothing and accepting the disempowering notion that our financial lives are happening to us. But you should know that you're the driver of your own financial choices.

Every time we engage in financial procrastination, we bring the self-fulfilling prophecy of the former into being.

As a procrastinator, I get it. There are at least 10 things on my to-do list I've repeatedly pushed back: dental cleanings, driver's license renewals and donating my latest round of closet clear outs. But remarkably, my personal finances are no longer on that list.

Here are the three strategies I've used to become proactive and combat the strong pull of financial procrastination.

Most of us walk around with a sense of the things we want. But the specifics, for the most part, are fuzzy and far away.

When we fail to get specific, we allow ourselves to remain comfortable with our current course of action. This enables further financial procrastination because there is no sense of clarity or urgency to do otherwise.

But when we move from something general like “I need to build up my short-term savings” to “I need to save up $100,000 for a home down payment in the next five years,” the definitiveness incites proactivity.

Why? Because we hate failure, and by forcing ourselves to be specific about our goals, we create tangible ways of measuring our failure and do what we can to avoid it, even if that means something as difficult as putting an end to financial procrastination.

Move away from vague, big picture goals and get grounded in concrete, tangible action items.

Specificity alone isn't enough. Saving up $100,000 for a down payment, for example, seems so insanely daunting, it can feel nearly impossible to get started. So, you might not start at all.

Instead of defaulting to delay or defeat, break down each action item into a manageable next step.

In the case of the $100,000 down payment, the next step would be calculating the monthly or weekly savings target needed to reach $100,000 in five years. There's certainly nothing daunting or impossible about using a calculator.

Whatever your big idea or vision is, make it manageable by breaking it down into as many individual components as possible. Then, tackle them one by one.

It's far more manageable to say, “Contact the HR department for the 401(k) benefit explanation” than it is to say “Save $2 million for retirement.”

By breaking down your big picture goals, you create opportunities for daily, weekly and monthly victories. Build a lifestyle of small wins that generates the forward momentum you need to keep financial procrastination at bay.

As motivating as your goals may be, behavioral economists have found that the pain of losing something is nearly twice as powerful as the pleasure of gaining something. In other words, the most powerful force in combating your financial procrastination may not be what you stand to gain by being proactive, but what you stand to lose by doing nothing.

I know I'm not. That's enough motivation – even for me – to stop procrastinating.