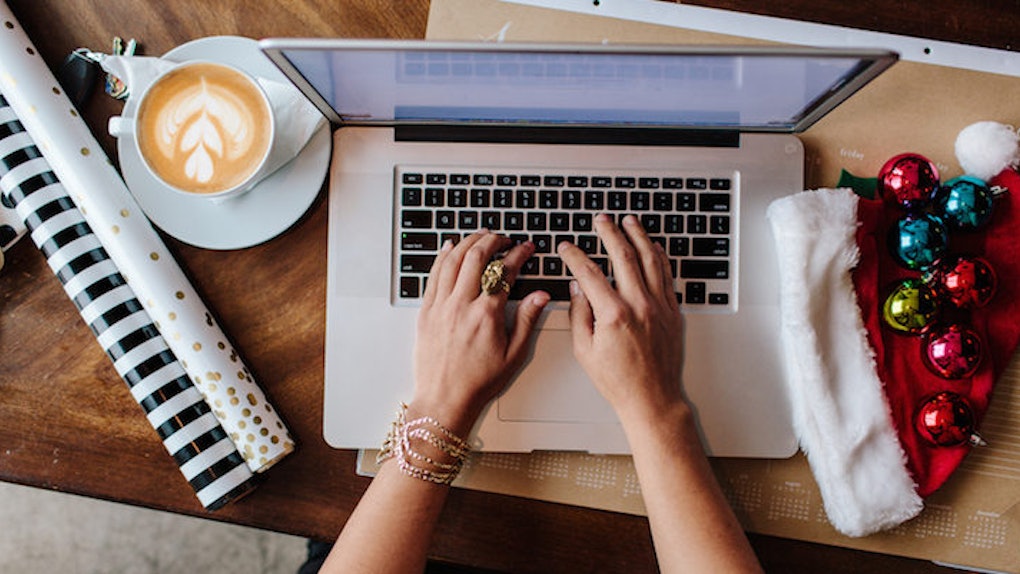 3 Ways To Stick To Your 2017 New Year's Resolutions

Ah, 2016. The year I think we can all collectively agree can't end soon enough.

But aside from all the news we're fed from endless sources, now should be used as a time to reflect so that when December 2017 rolls around, we don't find ourselves in the same spot we are currently in.

Things like, did you start that business you always talk about? Did you quit your soul-sucking job you can't stand? Did you cut all the toxic people out of your life? Did you end the friendships and relationships that no longer bring you value?

Rather than setting New Year's resolutions, here are three things you can do now to make sure you're on the right path in 2017.

1. Write out all your goals with concrete numbers and/or dates you wish to accomplish them by.

If you ask someone what their New Year's resolutions are, nine times out of 10, someone will likely say, "I want to lose weight."

Getting healthy and staying in shape is a wonderful idea, but how do you quantify "losing weight"? If you're looking to slim up before summer, are you going to be happy you've lost half a pound since the start of the new year or are you looking to shed 10-15 pounds?

If you plan to lose weight, start a new business, quit your job, etc., set concrete dates and numbers (if applicable) that you must achieve these feats by.

This way, you hold yourself accountable and it gives you something to look at every morning and evening to make sure you're moving in the right direction and not just coasting through life.

2. Stop talking and do something about it.

Yet they wake up at the end of the year and haven't formed an LLC, are still afraid of dating, haven't attended one comedy class and are still eating fast food.

If this sounds familiar, it's time to actually do something about it. I've been there, and it sucks.

Rather than telling people about your grandiose plans, take a couple of days, shut yourself off from the world and put together a plan.

After this plan has been put together, take action. Get the paperwork done to form an LLC, actually put yourself out there and go on dates, enroll in acting classes, join a gym, etc. Take a step, even if it's the smallest of steps, to get your momentum heading in the right direction.

Most importantly, start now, before the new year. When you make a decision, the more time you allow before actually taking that action, the less desirable that action becomes.

For example, if you have aspirations of writing a book, start now. Because if you wait until mid-January rolls around to start, the excitement and fire you have now will likely have dwindled away.

So when it's January 15 and there's snow piled up, it's going to be a lot more convenient to watch Netflix and bundle up on your couch than it will be to start that new book.

3. Do something that gets you excited first thing in the morning (if possible).

Tell me if this sounds familiar. Wake up, shower, get dressed, work, gym, TV, bed?

Unless you love your job, it's likely you're not doing anything that gets your blood pumping with excitement.

That's why it's important to do this first thing when you wake up. It'll set you up to have a better day because you've already accomplished something and it made you happy.

The morning is the best time of the day because people are usually still sleeping and you're not likely getting bombarded with texts, calls and emails.

This is your time to do whatever you please before the rest of the world wakes up. It gets your day started on the right foot before distractions start coming in from every direction.

This can be something as small as reading a chapter in a book, listening to uplifting music or going to the gym. The key is to do something uplifting and enjoyable to break your original problem.

With all of the distractions (holiday parties, family, friends) that are about to occur, it's not easy, but it's imperative to start now if you want direction in 2017.