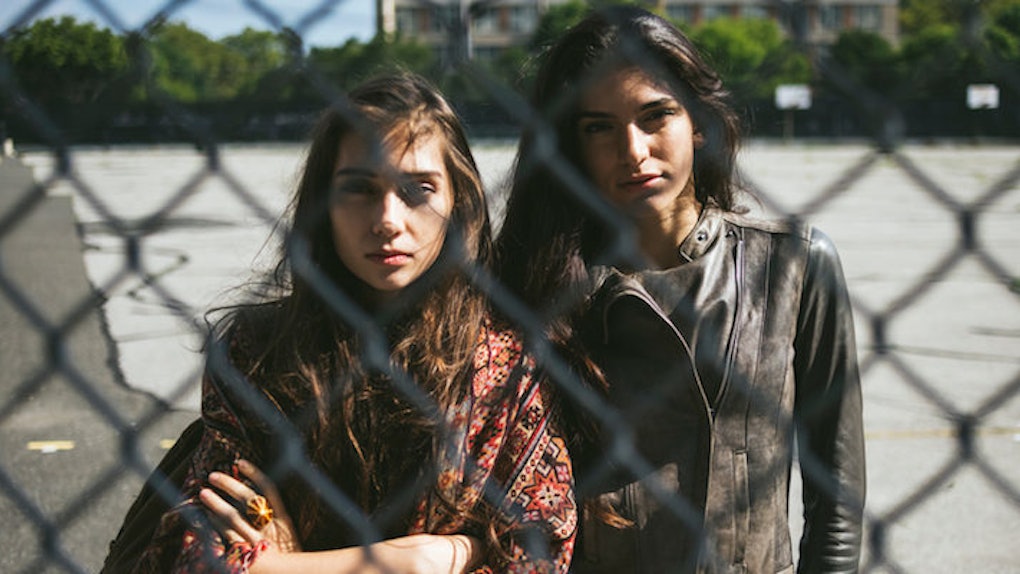 Don't be mad 'cause I'm doing me better than you doing you.

I’m sure everyone knew that before opening this post.

Everyone is also entitled to not like something. I’m also sure you've heard that before.

Despite knowing both of these things, we come across people who truly embody negativity.

These people come in the form of haters.

Everyone knows at least one hater, and some of us might even have them.

Some of you might even claim to love your haters.

Haters are annoying to be around and associate with.

They bring down the energy and create a bad atmosphere. In other words, haters f*cking suck.

There’s a lot of different types of haters, but there are three that everyone has had at least once in their lives.

This type of hater is the one you'll encounter most in your day-to-day life.

To demonstrate, here's a scenario:

Person A: "The Patriots are the best team in the NFL, and Tom Brady is the GOAT."

Person B: "Meh, he's not all that great. The Panthers are looking good this year. Cam Newton is the best QB in the league right now."

Person A: "What the f*ck?! You think Newton is better than Brady? You're such a hater, dude."

A closed-minded hater is one that gets angry at you for having your own unique opinion opposite of his or hers.

These people are the ones who believe their opinions are absolute fact, and anyone who disagrees is a moron, or rather, a hater (the irony).

Their mindset consists of them thinking anyone who disagrees with their views doesn't have a rational and solid argument as to why.

Instead, they believe the reason as to why there is a difference in opinion is because there's a disliking or biased view toward the topic.

You could have absolutely no problem with Tom Brady, but you enjoy watching Cam Newton more.

But because you don’t agree with this person, this person accused you of hating Brady.

I'm positive you know at least one person like this in your life, and you are well aware of how annoying a debate with him or her can be.

Having a conversation with someone you have opposing views with is basically impossible.

He or she will shut down your opinion really quickly.

Not only that, but you also might not feel comfortable sharing your opinions.

Either way, this person sets up a pretty unenjoyable environment for you and others around you.

These are the people who go out of their way to publicize their hatred of a celebrity.

She is absurdly famous with a large following, but it's pretty apparent most of the general population doesn't like her, myself included.

Why would we if she doesn't interest us? Ask the celebrity hater.

They’re the ones who hate Kim Kardashian with such a passion that they fill their time with hating her.

They're constantly tweeting about her, sharing articles with captions outlining their hatred for her and taking time out of their days to show the world they hate her.

This makes no logical sense.

If you dislike something, you naturally try to avoid it as much as possible.

The people who hate Kim Kardashian or any other celebrity spend more time focusing on them.

The simple explanation is these people love to hate.

They find enjoyment in sharing their hate of something to everyone else in the same way the rest of us love sharing things we actually like.

It’s unusual to me how they find amusement in this, especially since these people are actually helping the celebs they hate.

The more you post about the Kardashians, the more publicity they will get.

For someone who hates them so much, you’re aiding them in becoming more successful.

Sounds a little counterproductive to me.

You worked hard for three months dieting and exercising to lose 15 pounds, and you look fantastic.

You've done the work, and you've earned the results.

The jealous hater is the person who looks at your progress, and instead of feeling happy for you, hates you for it.

The phrase, "They want to see you do well, but not better than them" sums this up perfectly.

They hate you because they’re not doing as well as you.

These are the same people who vocally undermine your success in front of others.

They say nasty things to make themselves feel better.

It’s like when your exes start talking smack about your new man or woman.

They do it to make themselves feel better about losing you, or to silence the feelings of loneliness they experience.

Either way, they hate on you for being able to move forward in your life at a much faster rate than them.

Here's why it frustrates me: Hating on someone for his or her success is unproductive.

You can be angry and hate on someone for working his or her ass off and accomplishing goals, but it will almost never make you any closer to success.

So, what's the point?

Hating on someone's success is wasting the time and energy you could have used to help get yourself further.

If you found that any of these haters sound like people you know, please send them the following advice:

To The Disagreeing Hater:

Stop being so closed-minded and realize that many people have well-formulated and logical opinions.

Maybe if you took a second to hear out why they think the way that they do, you could learn something new.

Even if you don't, having a conversation where everyone agrees with each other all the time sounds painfully boring.

Conversations with opposing viewpoints are interesting and fun.

They let you get to know the other person better and possibly become a little closer.

Next time someone doesn't agree with you, hear what he or she has to say before attacking that person.

To The Celebrity Hater:

I don't mean to be rude, but it has to be said.

When you love to hate on something or someone and spend all your time talking about it, you're filling the room with negative energy.

It's no fun hanging with someone who only wants to talk about how much something sucks.

It's your own choice to love to hate someone, but understand that it's not the most enjoyable situation for the rest of us to be in.

Ease up on the hate talk, and talk more about things that radiate positive vibes.

If you have someone like this in your life, and he or she doesn't see an issue with this, just tune the person out on your social media accounts and spend time with other friends.

That should definitely help.

To The Jealous Hater:

Like I said before, hating someone's success almost never brings you closer to your goals.

You hate on other people's success like there isn't enough room for everyone.

Newsflash: You both can be successful.

Stop undermining someone's hard work and concentrate on your own goals.

Enjoy that someone is moving along in his or her life, and use that as fuel to move forward yourself.

You have the same 24 hours in a day as everyone else does.

The only difference is how you choose to spend that time.

If you’re a hater, you don’t have to stay that way. You have the power to change.

In doing so, you’ll find that more people will want to be around you.

When you’re not spreading negativity all the time, people actually have fun being with you.

No one is saying you shouldn’t have your opinion.

Actually, it's the opposite.

You should have your opinion, but you should also be able to understand others and not be so negative.

If you spend time respecting people’s opinions and talking about something besides what you hate, you’ll find you’ll be a much happier person.

Give it a try, and see how much you can gain.