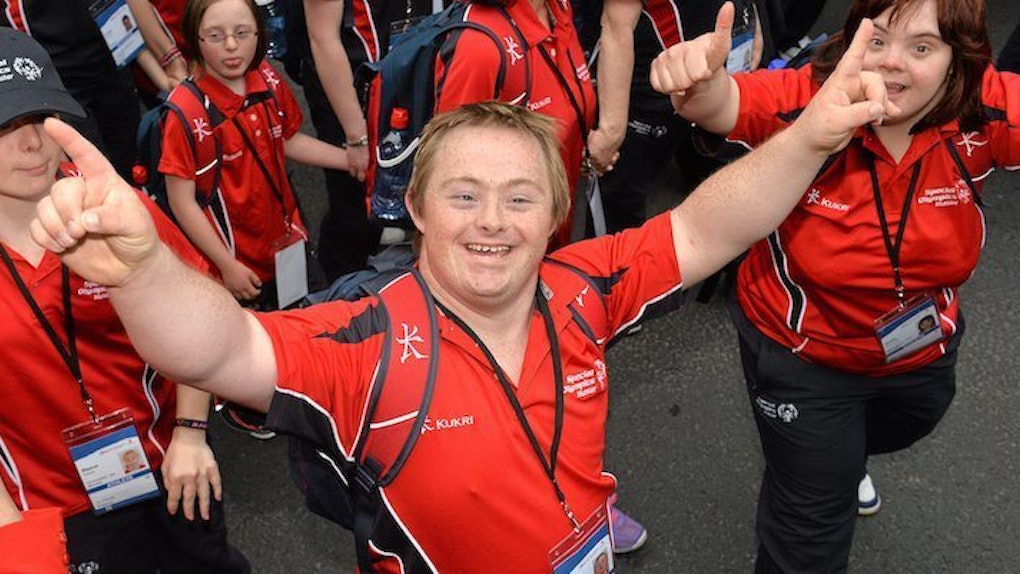 3 Ways Volunteering For The Special Olympics Changed My Life

The Olympics have always had a special place in my heart.

Going back to when I was a little kid, I would fill my house with VHS tapes that would record competitions on multiple television sets.

I would collect newspaper clippings and magazines articles for all my favorite athletes, and use my handy dandy glue stick to organize them all in my Lisa Frank spiral bound notebook.

I looked up to these athletes and wanted so badly to participate one day, but of course, as I grew older, my chances grew slimmer. Plus, I learned  you actually have to be good at a sport. Go figure.

With my chance of being an Olympian demolished, my dream then became to attend an Olympic games ceremony — especially the summer events.

I have wanted this so much, I even wrote it on "The 30 by Thirty" bucket list challenge I have for myself.

I still have every intention to somehow attend the 2016 Summer Olympics in Rio, but I've realized with this being the last opportunity to check that item off, I need to start being a little realistic.

That is when I started to see all of the commercials advertising for volunteers for the 2015 Special Olympic World Games. I figured, why not give it a shot?

Little did I know, that decision would have a lifelong impact on myself that I am not sure would have happened in any other circumstance.

Two weeks after applying for a volunteer position, I was hired to work the softball games, not knowing what was just around the corner.

So far this week, I have had the great honor of witnessing the most sincere sportsmanship.

These Special Olympians could teach the majority of our professional, highly-paid athletes quite a lot on what being a good sport actually means.

Many of these teams congratulate each other when they have played well, even if it means their team lost.

There is something to be said for encouragement and support within this athletic community, and the world of sports could learn a little from these amazing individuals.

With faith in humanity dwindling, I have firsthand knowledge that good people are out there.

From the volunteers who take time out of their busy lives to help make sure the event is executed smoothly, to the coaches of the athletes who dedicate a large chunk of their time to make sure teams are properly prepared for competition, good people are everywhere.

My favorite moment was when the Australian head coach comforted his crying athlete before he nervously took his place in the batter’s box. After wiping away his tears, the entire group of fans in the stands chanted to cheer him on through his at bat.

The athlete swung and made contact with the ball, hustling to first with a base hit.

The site of pure joy on his face when he realized what he just did will never escape my memory.

The Bond Is Indescribable

I learned just how much these families sacrifice for their loved ones to participate in this amazing opportunity.

Not only is the travel expensive, but the commitment to make it to the Olympics is a two-year-long process with qualifications.

To hear about a family's journey is both heartbreaking and heartwarming.

The first time I cried (yes, there were many times), an excited dad came running over to his family, beaming with pride in the fact that he was able to catch his 34-year-old son’s first at bat on video.

The entire family shrieked with excitement. I know my job is to explain these visuals with words, but sometimes, words just can't do a moment justice.

After that initial cry fest, I knew it was going to be an emotional week and I was going to need a lot of Advil.

I can only hope sharing my experience has inspired you in some way to check out how to make a difference in your local Special Olympics chapter.

After speaking to a few of the coaches, it became clear the organization is always in need of individuals ready and willing to volunteer.

I challenge you to visit the Special Olympics website, take that step and see how these athletes will change your outlook on life forever.