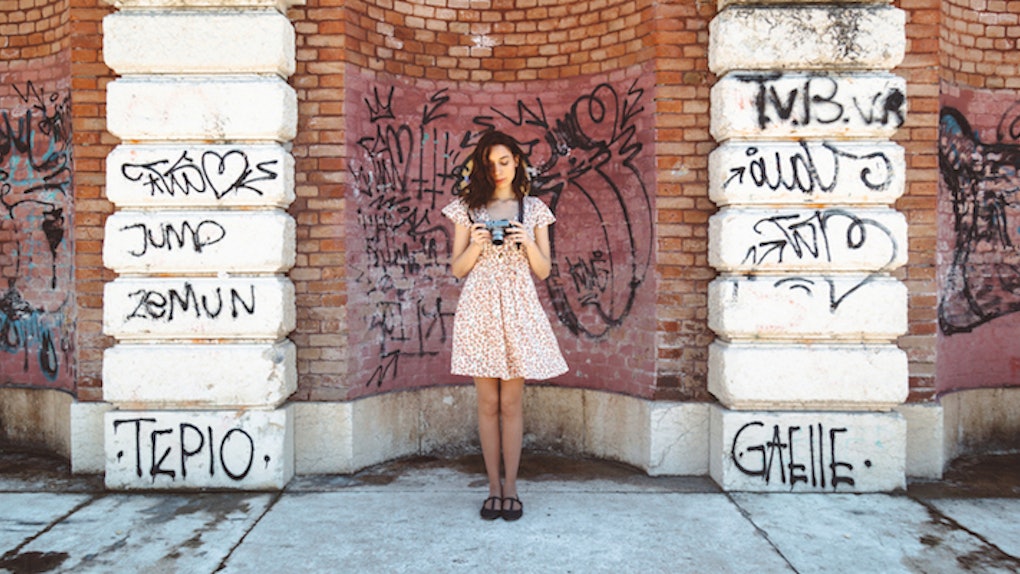 There’s a city so enchanting it’s nearly impossible to leave. I visit it frequently. You don’t need a passport to come and go. Everything is free. There are all kinds of people and even more kinds of things to do and see.

Oh... did I mention that this city is an imaginary place I invented in my head?

I spend a lot of time alone. People often ask me what it is I’m doing in my moments of solitude. More often than not, their curiosity begins to seem accusing:

“You think too much,” they say.

And: “What do you do with all your time?”

I end up needing to explain myself, even though I don't feel I should. Apparently, my habits are interesting enough to be the eighth world wonder.

But why should I apologize? Time spent being a hermit implies neither laziness nor weirdness.

Okay, f*ck it. I am weird. The truth is, I enjoy being a recluse. (Once I accepted the depths of my weirdness, life became much easier. Weirdos and loners, unite!)

But seriously, think about it. Do we ever ask social butterflies to express remorse for being raging extroverts?

Do we reprimand them for being able to converse with a bunch of people and not having to take mental breaks?

No, we don’t. There seems to be a double standard that tips in favor of the party animals. They’re the ones who are apparently living their lives, scraping up and soaking in every precious minute.

The ones who prefer peace and quiet are supposedly not. I won't deny that the wild ones do know how to live life to the fullest -- and sometimes I wish I could be more like them --- but they aren’t YOLOing any more than the introverts are.

The introverts know their time is precious, too; they just prefer to experience life in a different way.

There are two types of people in this world: The people who like to be surrounded by other people constantly, and those who relish in reflection through introspection.

The former are praised for their flashy ways, and the latter are told they’re serial killers in the making.

Don’t feel weird for enjoying being alone. You’re not alone in being alone. If you don’t hear about others taking trips to Loner City, it’s because the person who is spending time bound by a good book in her bedroom isn’t the type to make a scene about it. Besides, just because you’re alone doesn’t mean you’re lonely.

Don’t take it personally when I’m just getting personal.

Different people learn differently. Some of us learn from doing, some learn from watching, and others can learn from just being on their own. They dissect the past and anticipate the future in order to live more fully in the present.

Friends take this personally, but it isn’t about them. It’s about me. Just because I have the tendency to crawl into myself doesn’t mean I’m crawling away from you.

The quiet is just as much my friend as you are.

You are loud, crazy, ruthless, fearless and, in short, incredible. I love you for being you, so never change.

But I also love quiet. Sure, it can be intimidating. But it’s also enlightening. Moments of peace and quiet are complementary forces in my life that I hold near and dear.

They’re few and far between. I’m allowed to have all kinds of friends, aren’t I?

I love you because I spend time with both you and in solitude.

Know that when I make plans with you, I’m seeing you for the right reasons.

I make plans with you because I genuinely want to see you, not just because I’m trying to fill an empty time slot in my schedule.

You're a friend, not a filler. I’ll be there for you when you need me. But sometimes I need to fall off the map.

Our friends depreciate when we hang out with them too much. "Too much of a good thing" is real.

Staying in makes me appreciate going out more.

Have you ever spent a couple of consecutive nights bar-hopping? Three nights of mediocrity mesh into one big haze.

You end up unable to distinguish one night from the night before it, and eventually, you end up forgetting what you even did on any of those nights.

There’s beauty in taking breaks from the bar. Sometimes it’s just not a good night to go out -- and it shows.

We’ve all been the friend who slows down the rest of the wolf pack at the club out of sheer misery.

My alone time is what made me the person you call your friend.

I’m me because of you and me. We’re shaped by the people with whom we choose to create memorable experiences.

But we’re equally molded by the memorable experiences we create on our lonesome: through the literature we read, the thoughts we think and the roads that we travel -- not on foot, but in our heads.

Fear not, friends. Even in Loner City, I'm thinking of you.