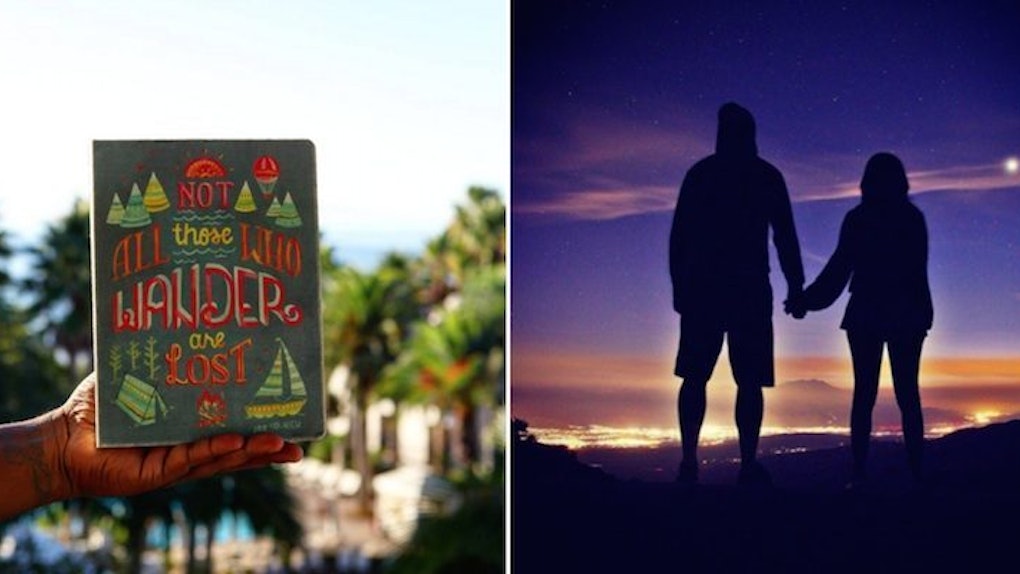 It Started With A Tweet: How Social Media Led Me To A Life Of Adventure

Not too long ago, my colleague, Shannon, fell under the 64 percent of Americans who don't own a passport.

He counted his visits to three US states as a solid traveling effort.

Today, he's one-half of our travel blog, and boasts a passport rich with stamps from around the globe.

This dramatic change is all because of two things: Hurricane Katrina, which forced him out of New Orleans, and a tweet that led him to me: a photographer, writer and Los Angeles native.

I was already on my third passport and fourth language when we met.

He grew up in the 13th ward, which was completely destroyed by the hurricane. He lost his home and belongings.

Surviving in the Super Dome for six days was a life-changing experience. He is currently working on a documentary-style video about his experience in the hurricane.

He says so much of it was untold by the media, and he wants to expose a side of the story, which was not touched on at all.

After losing everything, he was relocated first to Dallas and then to Las Vegas.

While both of us were in Las Vegas for very different reasons, I simply tweeted about cooking Indian food. He responded, and the rest is history.

We moved together to Los Angeles, where we tried to settle in and get 9 to 5 jobs.

But we both weren't happy.

He says if it weren't for the hurricane, he would never have ventured out of New Orleans.

I, on the other hand, have moved 28 times since I've been born.

Settling down just wasn't an option, and sitting in a cubicle seemed unnatural.

We both quit our jobs and decided to take our love on the road.

This is the part where I introduced Shannon to the thing he now loves most: travel.

Nearly five years later, we are full-time travel bloggers, sharing our adventures via our blog, Power Couple Life, and our social media accounts.

Together, we travel the world exploring new places, sampling local cuisine and documenting it all online.

We look for things to do in every city outside the norm. We rode horses in New Orleans, taught English in Germany, worked on fundraising and gathering donations for schools on a trip to Punta Cana and went brewery hopping in Denver.

As a photographer, I sell my photos to generate income as we travel, and Shannon works as a digital nomad, managing social media accounts for businesses that aren't Internet-savvy.

Our blog serves as a memory bank for us and as inspiration to those without passports.

We try and give unbiased reviews of places we stay at, and tell our readers about the memories we make in each city. We share the good and the bad.

Not all of our travel adventures have gone without a hitch.

We were arrested in Prague for crossing the border between Germany and the Czech Republic without passports.

We wrote about that too. The good isn't great unless you have the bad to compare it to.

Trust me, sitting in handcuffs that day in Prague really made the time we bought train tickets to the wrong city not seem like a problem at all.

Watch one of our videos, as Shannon and I enjoy a day away from our blog and social media in upstate New York.

We share more of our incredible story, his journey and life after the hurricane.