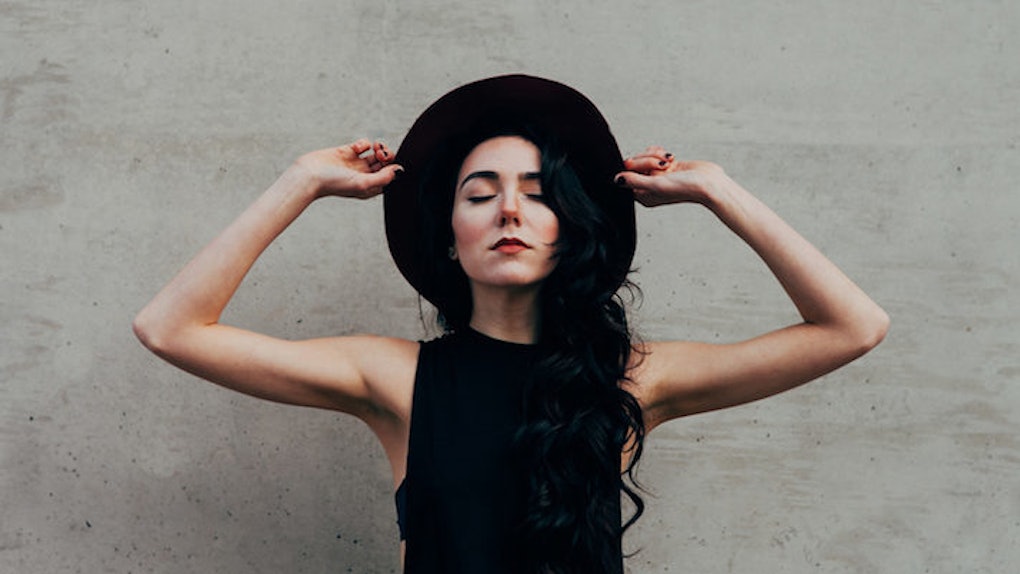 I know what you're thinking: Do psychics really exist? Is what they say genuine? Scientifically, how can someone know these truths about you?

These are all things I've wondered while I've watched TV shows such as “Hollywood Medium With Tyler Henry,” which are extremely popular in this day and age. To be honest, it's what we're all wondering while we watch these jaw-dropping shows. It triggers our intrigue. We want to know how and why these people do this.

Well, a couple of weeks ago, I got my answers to all these questions. I was attending a consultation with my naturopath. We had been working together for years, and she's been my savior while I've been fighting my health battle.

This woman has always been a calm spirit. On my darkest days, she would always make me feel as though I could get through anything. Ultimately, we wanted to reach the goal of gaining my health back.

But, this consultation was different. We began talking and conversing so freely and openly, we realized we had gotten completely sidetracked from the goal of the session. We lost all sense of time.

She began to tell me exactly how I was thinking and feeling. These were all things I had never opened up to her about. As I broke down, she started to elaborate on how she saw my life panning out. She told me that out of all the people she had met in her life, something about me stood out to her.

I sat there, stunned. It blew my mind how someone I had been working with could tell me things I barely knew about myself. She went into detail about the battle I was fighting not only physically, but also mentally.

A part of my spirit was tired. I was tired of fighting for my life back for the fourth year in a row. I was doing everything everyone had told me to do. I was eating and supplementing correctly, but I still felt as if I was standing still and suffering.

She explained, “There is a missing puzzle piece in your wellness journey. You need to ask the universe to heal you, and you need to allow it.”

I thought to myself, "This is crazy. Of course I want to heal and get better. It's all I've ever wanted."

She said, “No. There is one key difference. Don't tell the universe that you need to get better. Tell yourself you're getting better, and you will get better.”

She continued to apologize as she repeatedly told me, “Something is telling me you need to hear this.” I told her I did.

I needed to hear every word because it was exactly how I had been thinking and feeling for quite some time. She went on to tell me about my future successes. She told me she sees incredible amounts of success for me in the future and unlimited potential for my creative and spiritual pursuits.

For a moment, I wondered if she was telling me all these things to simply be nice or make me feel better about my situation. She wasn't. She began to go into detail about what she saw for me.

Then, she stopped and said, “There is a small part of you that doubts what you're good at. Don't doubt anymore because you are going to find out you are great at what you do. You need to trust that.”

Being the sweet, considerate person that she is, she continued to apologize for what she was telling me. She said she was sorry if it wasn't what I had come into the session expecting.

I was overwhelmed. I was feeling a million different emotions at once. But strangely enough, it was what I needed. I needed to hear that this agonizing ordeal was happening for a reason that was bigger than myself.

I needed to open up my heart and make peace with the trial that life had given me, rather than constantly fear it would never end. I needed to realize that this fear was inhibiting my body's ability to heal. I needed to know that eventually, it would end.

I will know peace, happiness and health once more. As emotional and overawed as I was, I left my consult with her feeling revived and full of hope.

I felt hopeful because I knew in my deepest self that I was meant to hear everything that she had told me, as honest and raw as it was. I realized she had a gift.

It was a gift from the universe, and she had used it to single-handedly change my outlook on my experience and ultimately, on my life. For that, I am eternally grateful.