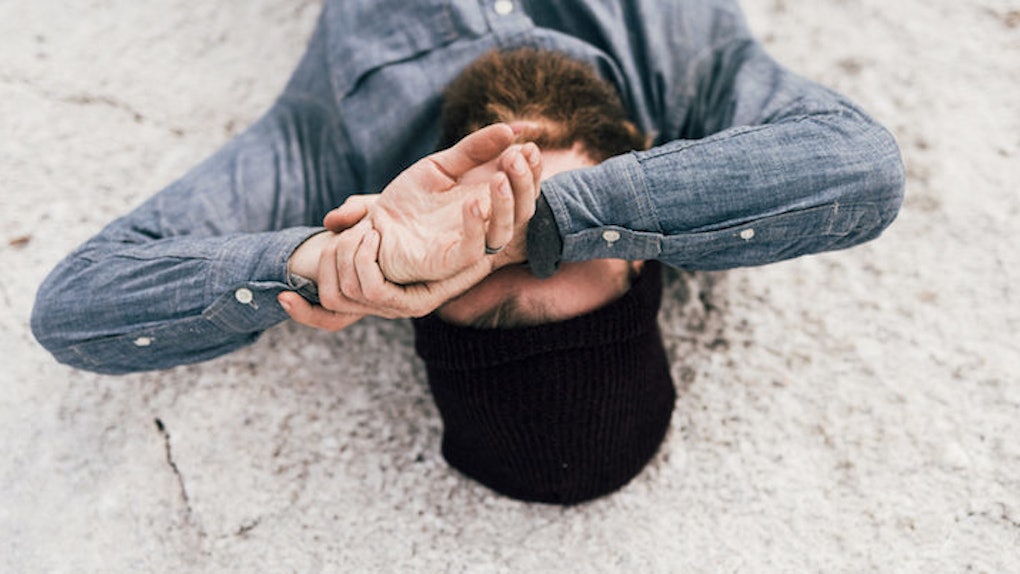 As I take a look back at my childhood, memories constantly flood my mind.

In a way, it is extremely overwhelming to realize it has been 20 years since I was born.

It is scary to notice I am currently in my second year of college, working on an English degree.

I cannot wait to explain that one to my parents this summer.

There is one slight problem about this upcoming break, though: My grandmother passed away last November.

Do you ever think back to the time you first found out that one day, you will no longer be on this planet? Can you even remember that moment?

Unfortunately, my imagination had to take some time to realize and grasp the idea that one day, I will die.

Not completely understanding the idea of death, I never paid much attention to my parents when they told me that one day, my grandparents will not be here either.

As a kid, you tend to not think about issues like death. It was not just when I was a kid though; that was the start of my guilty conscience.

My grandmother, Joan Krzysiak, had a scheduled time to call my dad every Sunday morning.

This was a routine that lasted for years. Sunday mornings were more of a tradition between them since we lived in Georgia and she was back home in New York.

While I was a kid, this phone call seemed more a present than just a phone call.

I was given the gift to talk to someone who loved and supported my wild imagination.

Growing into my teen years, this phone call became more of a chore to answer.

I ended up making excuses up as to why I could not talk to her.

These excuses would be as pathetic as simply saying I did not have time to talk on the phone because I was busy playing Xbox with my friends.

Slowly, I started to lose connection with my grandmother, as father time did not ease up on her aging process.

Later on in my late teens, my grandmother started to develop cancer. It is sad I cannot even recall the type of cancer that slowly drained the life from her.

While she was suffering, I continued my life in Georgia as if nothing was going on.

Phone conversations were very brief. The few times I did talk with her, she would always tell me how much I meant to her.

She would always end her conversation with one very sincere line: "I love you, Jacob." I would reply with a brief, "Love you, too," and give the phone back to my father.

I would continue my day without a second thought about her.

This became a pattern. There were brief phone calls and that one annual visit in July for the family reunion.

Seeing her in that cancerous state made me feel awkward when it came to small conversation.

I felt uncomfortable with it, to the point of trying to avoid her.

My mother started to realize the motives behind my actions and constantly reminded me that she might not make it.

I still refused to listen, thinking everything would be okay in the end.

I graduated from high school in the year 2013. With this accomplishment, although it did not feel like one, came time to celebrate.

I received a graduation party from my other grandmother along with the annual family reunion.

The festivities lasted about a week before we were packing up to fly back to Georgia.

In the final hours before our flight, my mother wanted my brother and me to visit our grandmother one more time before we left New York.

We were not able to see her much that week because the cancer affected her mobility. She was not able to get out much at that point.

We arrived at her house and the silence began. There was small talk here and there, but I just remember the oxygen mask around her face that was helping her breathe.

I should have realized at this time that there was not much time left for her.

Our flight was approaching fast, and my time with my grandmother was once again up.

Before we left the house, she asked if I would stay an extra moment.

I agreed as my brother left the house to get inside the car. "Please take this, get your dorm room something nice," is what she told me as she struggled to breath. An envelope was handed to me.

Based on what she said, I could already figure out what was inside it. Not to be rude, I told her I would open it when I get home.

She then struggled to tell me one more thing. She said, "I won't be here much longer. Please take care. You are very special. Do something special."

I was speechless and that is when it hit me. I have been abusing my relationship with my grandmother.

I hugged her tightly and told her to hang in there because I promised to see her again soon. Little did I know at the time that would be the last time I ever saw her.

I started college at LaGrange College the following year. My first semester started off as a very positive and rewarding experience.

I joined many organizations and clubs while slowly making my mark on the campus as a freshman.

This positivity continued as my dad asked if I would like to join him on a trip to New York for Thanksgiving.

Realizing the severity of my grandmother's condition, I would not have missed it for  the world.

The closer I got to the day we were supposed to fly out, the worse she started getting.

My father was forced to fly in a week early because of her condition, as I was left behind to finish school until the break.

In the middle of the week, my dad flew out. Then I received a phone call from him. I stepped outside of work to answer his call, and just like that, she was gone.

My chance was gone at this point; I was too late. She was the first person I knew to have passed away.

Mixed emotions started to enter my head as I ended up crying in front of everyone at work.

A couple of my friends pushed people out of the restaurant to give me some space to breathe.

It was comforting, but it did not change what I have done.

I did not respect or realize the relationship I had with this person. Twenty years with my grandmother, and I have never felt like such a stranger to someone.

I started attacking myself for all the times I did not take the chance to see or talk to her.

I have abused our relationship for years, and when I finally realized I was the problem, the answer was gone.

My grandmother passed away the day after Thanksgiving with my father and his sister at her bedside.

I was asked if I still wanted to fly up to New York the following week and I said yes.

I needed to get away from everyone in Georgia. I needed to talk to her.

Unfortunately, due to the blizzard hitting Buffalo at the time, I missed her funeral.

When I finally arrived in New York, all I could remember was the bitter cold and the feeling of guilt traveling through my nerves.

My dad and I spent the week cleaning out the house. I found some pretty neat treasures as we searched the home from top to bottom, but the whole time, I was thinking about all the times I could have picked up the phone and called her.

I thought of all the times I had a chance to talk to her, but did not take it.

The storm started clearing up around the end of that long, depressing week, and I was given the choice to see the grave or to not see it.

I had to visit her, so my father took me to the cemetery where she was buried.

After brushing off snow from graves for about an hour, we found where she was buried.

My dad then told me to take my time. I fell to my knees and constantly apologized to her as the snow lightly fell around me.

I ended up curling into a ball and crying as I tried to have a conversation with her.

After about an hour of laying in misery, I felt it was time to say farewell.

I have not been back since, but this upcoming summer I will have to face that tombstone again, and be reminded about everything I could have done.

As I look back at my memories now, I am reminded daily about how I mistreated my relationship with my grandmother.

I loved her to death, but I will never be given the opportunity to show her how much I truly did.

I sometimes cry myself to sleep at the thought of my grandmother and everything she has done for me.

I figured out that you do not realize what you have until it is no longer with you, and I sincerely apologize to my family for my ignorance.

My most sincere apology goes to Joan Krzysiak, though. Grandmother, I have learned from my mistakes and I want to say I am sorry.

I would do anything to be given one more hour to tell you how much I love you.

No one is in your life forever. Immortality is simply a fantasy to those who do not live in the moment and hope for a better future.

Take time out of your busy schedules to reconnect with your loved ones. Tell them how much they mean to you. Have a conversation with them.

You never can guess how much time a person has left on this beautiful planet.

Learn from my mistakes and make sure you make everyone who is important in your life feel loved.

Do not live your life with a mind like mine, a mind that feels guilty on the daily.