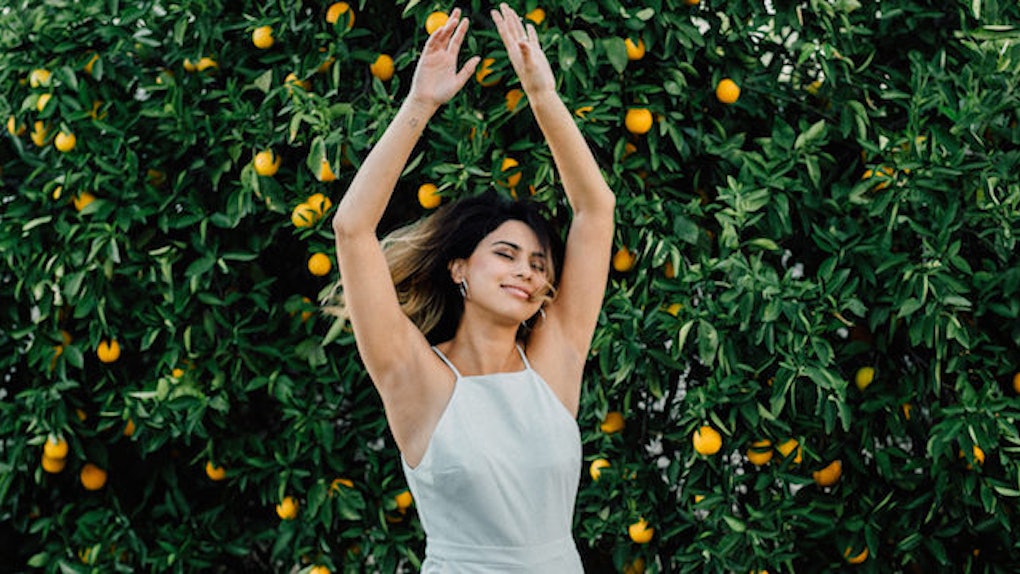 The Secret To Achieving Happiness Is Letting Things Go

Life: It's one of those things we don't think about, kind of like breathing.

We just wake up, day in and day out, make plans per usual, go to school or work and try to make time for the things that matter.

All is well until one day, shit hits the fan.

You wake up, in disbelief, not understanding where you went wrong.

When did you take that wrong turn on the road known as life? Seriously, what the hell happened?

Sometimes, even though we plan continuously, life might have another idea in mind.

So, life has handed you a curveball. Now what?

The things you never expected to happen have happened. What's next?

The shock hits you. You're in denial. You're angry. You bargain. You're depressed.

Finally, you begin to accept the new cards that you have been dealt. It's almost like the stages of grief, as described by Elizabeth Kübler-Ross.

It's all very hard to believe because you don't expect certain things to happen. You plan in a way so that these things can't happen.

But, it's important to remember life only hands you things you are ready to handle, even though it may not feel that way.

This year was a particularly difficult one for me, as my life took many unexpected turns. Initially, I didn't understand why all these things were happening.

Why me? How did this happen?

Once I was able to accept the changes and embrace them, I learned to appreciate my experience. It's not just about where life lands you; it's really about the lessons learned along the way.

I know, it's so clichéd, but I'm a living and breathing example of the importance of enjoying the ride, even if it's down a dark and windy road.

So, what's the lesson? I came to find the lesson was about trusting the process.

I had always kind of understood that you will get from the universe what you put into the universe. This could be karma or good deeds, but I came to find it's really about positivity and being able to let go and let life take its course.

When I was able to accept this, everything changed.

What I had initially thought was bad for me ended up being the best thing that could have happened.

It was as if the puzzle that made up my life had finally fallen into place.

When I look back now, the most important part was what I learned. When life handed me lemons, I initially threw them against the wall, stomped on them and finally threw them out the window and then hid under my blanket.

But that obviously got me nowhere. So once I decided to make the best out of an undesired situation, I made lemonade.

Sometimes the bad things have to happen before the great ones come along, whether that's because we need to experience something terrible in order to see the value in the life-changing, great thing that's on the way, or because we need to wake up and change our outlook.

Maybe we just need to learn more about ourselves and what it is that we want. Regardless of what it is, know that it's happening for a reason. This is all tied to your happiness.

It ultimately comes down to one thing: timing.

If something in your life is going to change, it's going to be when you least expect it, when the timing is just right and when you're just right.

As mentioned above, the universe will only hand you the things that you're ready for.

So again, what's the lesson? To let go, to allow life to teach you the things that you need to learn and to just let life happen.

So, what do you do in the meantime?

Enjoy what life has already handed you. Smile, laugh, love, explore and live. Do all the things that you want to do and enjoy every single second. Life is too short to spend even one moment upset.

Yes, we are all allowed to have bad days, and feel those crappy emotions. But eventually you throw it behind you, stand up tall and remember all of the amazing things life has provided.

You are breathing. You are able to read this article right now.

Many people may not be as lucky, so count your blessings and enjoy whatever it is that the world has handed you.

Because at the end of the day, it's yours. And even if it's not ideal, it's yours, and it's awesome.