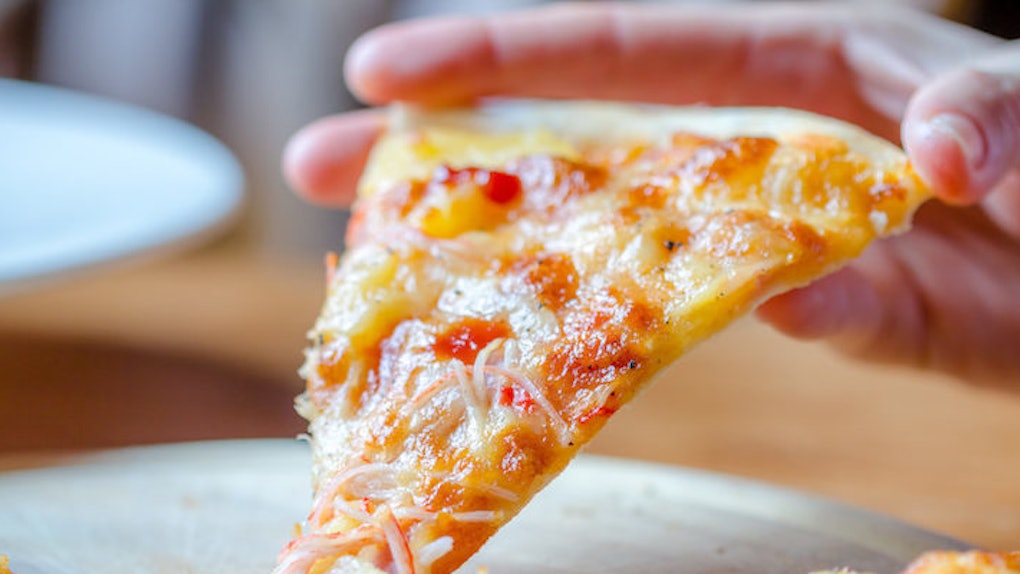 This Is Why You Keep Reaching For All That Junk Food

Hey, I have good news about that pint of ice cream you ate last night: It's not your fault, it's science's fault! Damn you, science!

According to a recent study, people are quite literally drawn to food -- unhealthy food in particular -- so much so, they physically move toward it.

The study involved 57 people who were given a task to draw a line on a tablet from one dot to another. In the middle of the task, distracting photos of both unhealthy and healthy foods popped up in different locations on the screen.

The participants were not all that hungry at the time, yet researchers found participants' hands were often drawn to the food pictures. The strongest pulls occurred with the photos of processed food and items they perceived to be unhealthy, like pizza.

Why? Well, researchers already know the sight of food stimulates a strong reaction in the human brain, whether a person is hungry or not. They're not entirely sure why that reaction is particularly strong when you see a picture of a warm, gooey chocolate chip cookie fresh out of the oven, but they do have a theory.

The theory is people feel negatively about unhealthy food on a subconscious level, and this negative association actually results in a stronger physical pull when confronted with the unhealthy food culprit.

Yeah, doesn't make much sense to me, but apparently this is because humans perceive unhealthy food as dangerous, and therefore we pay more attention to it.

All I know is, danger or not, I'm having pizza for dinner.

Citations: How Unhealthy Food Pulls You Toward It (New York magazine), A bait we cannot avoid: Food-induced motor distractibility (ScienceDirect)