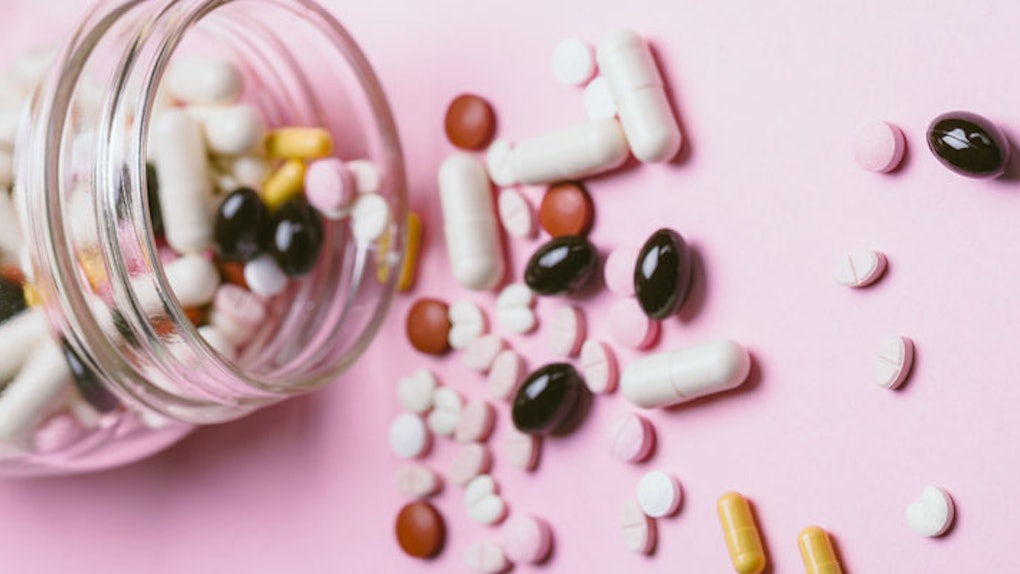 When people think of drug addicts, they often envision Hollywood clichés of people who are somehow minor versions of what addicts truly are.

But the truth is, addicts are all around you.

We are your friends, your siblings, your colleagues, your mailman, your plumber and you don't even know it.

This is because it's supposed to be an anonymous battle, but to hell with anonymity.

When addicts admit to themselves what they are, they become self-aware, spiritual and brave.

By admitting it, you have made the choice to stop using, and you would rather acknowledge it than continue living life denying your disease.

I used to scoff at the term disease until I realized I became a part of something I never wanted.

You wanted to believe you were okay; you just needed relief, or numbness or excitement in your life. You don't need to use right?

If you get the urge to use and don't do it, then okay stick to that belief. But if you give into that temptation whenever it is arises, then you have a disease.

For over a decade I tried to justify my actions and behavior. I was so good at it I even convinced myself I was okay.

But let me tell you something, no healthy human has to convince his or herself of anything.

My loved ones called me a free spirit, rebellious and a wild child.

But I was really sick, and filled with a pain and burning desire that only grew as I denied its existence. It became uncaged when I fed into it.

It wasn't until very recently I realized I don't know who I am without my active addiction. I am the most healthy and most lost I've ever been.

For years, I let my past traumas haunt me and tried like hell to hide from it through this purchased relief instead of using the energy to fight through it.

I let myself become a victim instead of a survivor.

Any time someone tried to tell me I needed help, I just used more. I felt more ashamed and alone by their suggestions.

I believed nobody understood me or my pain, and in my infinite loneliness, I sought out excessive numbness through my using to hide from it.

I battled with suicidal thoughts every single day, and even attempted it a couple of times to no avail when using didn't numb me enough.

I still have these thoughts when I feel depressed, but that's because I am not used to feeling depressed.

I'm not used to feeling anything at all.

The day I realized I had a problem was unfortunately after experiencing another trauma. I treated myself like an animal for so long that I allowed other people to treat me like that too.

My rock bottom was putting myself in a situation where I got attacked because I put myself in an unsafe place.

I just wasn't getting high enough anymore so I started seeking validation in other places and the combination of the two was a recipe for disaster.

After the attack, instead of making excuses, for the first time in my life I realized it was my pattern of bad decisions that ultimately led me there.

I wanted to die in a way that frightened me.

It wasn't over a boy, or childhood issues or family drama. I allowed myself to be used like a piece of trash, and I hated myself so much, it made me sick.

I went out to hide from the brewing storm of emotions telling me to end my life, to call it quits and throw in the towel because I allowed myself to believe I was a victim again.

Instead of giving in to my negative thoughts, I realized I would die if I didn't tell someone immediately.

I was scared to die, but I was also terrified to keep living life the way I was.

I needed to be saved or at least, held accountable, so I went home and was brutally honest to my loved ones in the hopes they could make me stop.

They told me they loved me, they knew my actions were self-destructive and ruining my life and they would support me. But even that wasn't enough.

After a couple of short weeks, I convinced myself it was a single bad night, that I didn't have a problem. I went out and used again.

Weirdly enough, a simple night out with some friends, in which I shattered a vile of my choice of abuse all over the bathroom floor of a club, was enough to bring me to my knees in shame.

I saw the disgust on their faces; their judgment blatantly obvious.

I gave up and gave in because didn't want to be "that girl" anymore.

It was only upon choosing to completely surrender and acknowledge that I was, in fact, an addict, that I found my first chance at recovery.

This is the hardest fight of my life. It's like a toddler learning how to walk.

I was so far into my active addiction that I forgot simple human feelings like being hungry, tired, sad, angry or happy without something to ease or enhance it.

I don't know if I am good at my job, or even a decent writer anymore. I can't tell you what kind of music I like or who my best friend is anymore.

My loved ones tried many times to have interventions and force help onto me, but even if they strapped me down and sent me away, I would have found a way to use because I wasn't me.

I was the animal my addiction created, one who survived by sucking the life out of myself, absorbed by the self-destruction I needed. I wanted nothing else.

What I can tell you now is that I'm all in.

It wasn't until I was ready to seek help that I could recover because you are unable to fight this disease. Unless you surrender to it, nobody can make you surrender to something that lives inside of you.

I am not saying to let people struggle with addiction and continue to hurt themselves, but be mindful of the fact that unless you are an addict, you do not know what it's like to live with this disease.

The urge to use never goes away. No one else can fight a life-long battle for another person.

Addicts need to become strong enough to fight it themselves with the help of other addicts, a belief in a higher power of their choosing and the undeniable desire to change their lives.