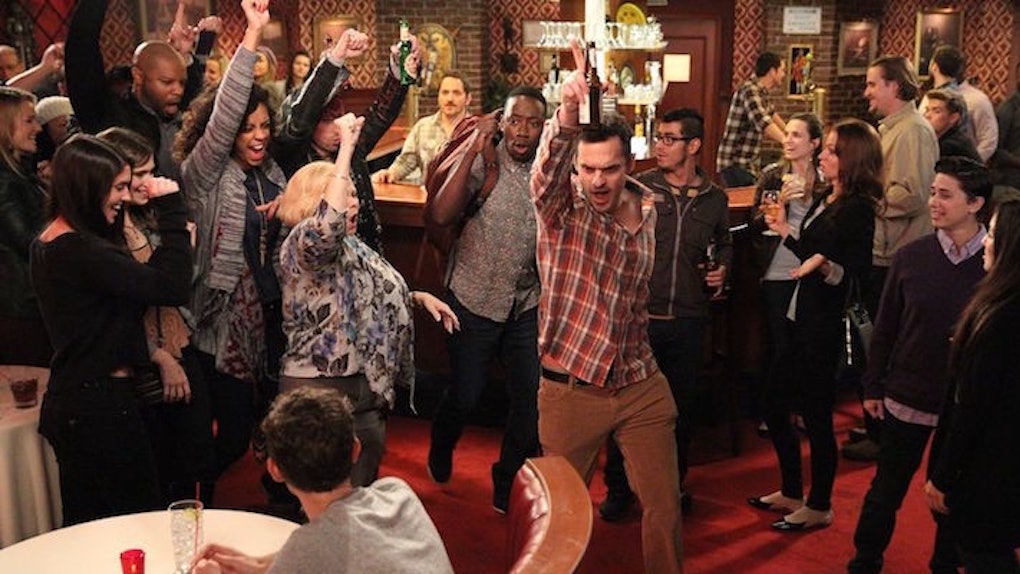 We're all familiar with the basic bitch, are we not?

She loves fall, UGG boots and unabashedly discloses her location through daily selfies on Instagram — no matter how crushingly ordinary her location may be.

Most importantly, though, a basic bitch subsists on PSLs for the brief promotional period they're available at Starbucks. This is, without a doubt, a basic bitch's most recognized trait.

A basic bro, however, is a less culturally-established figure. But there is one thing I know for sure: Like a basic bitch's unrequited love for pumpkin spice, a basic bro LOVES him some buffalo wings.

But since any generalization can't be taken seriously unless there's ample proof, I've provided some strong arguments for this case:

According to the National Chicken Council (which is an entirely legitimate thing) Americans consumed 1.25 BILLION chicken wings during the week of Super Bowl XLIX.

That's more than 100 million pounds of meat. If you laid it out end-to-end, those wings would stretch across the entire circumference of the earth. Twice.

Honestly, I'm not even sure how that's possible or how there are that many chickens slaughtered in any given week.

But one things for sure, bros like their wings.

A study published in Food Quality and Preference found that our love of spicy food can be  actually be broken down by gender: Men were more likely to prefer it than women.

The research found that men are likelier to be “daredevils” with spices — sacrificing their own taste buds for the thrill of the heat.

And nothing brings the heat quite like a flaming orange buffalo wing.

Fact: 33 percent of a casual dining restaurant's orders are chicken wings, according to the National Chicken Council.

On Thursday nights in my neighborhood, men storm through bars'  and restaurants'  doors with an insatiable hunger to demolish pounds of half-priced wings.

Why? Because wings, bro. Oh, and sports — another beloved interest of the basic bro — are endlessly broadcasted on 10 screens from every conceivable vantage point.

4. NOTHING else goes better with beer.

My fiancée prefers beer to everything, so I'm not an ignorant or sexist guy when I say that beer has been the designated dude drink since its inception.

And throwing a few back on a Friday night, as we all know, encourages hunger.

And what does a man order when he's drinking beer? That's right, chicken wings. But make 'em spicy buffalo, because that will only encourage more beer.

And round and round we go...

A basic bro's interests can be narrowed down to two things: boobs and buffalo wings. If this weren't true, Hooters would have gone out of business a LONG time ago.

Understanding their basic bro market, Hooters dared to ask their audience which type of wing they preferred: flats or drums.

The vote was close (proving a man's love for wings cannot be diversified), but the flats beat the drums by less than 200 votes.

OK, so I've probably done way too much research into chicken wings at this point, but Buffalo Wild Wing has been voted the fairest chicken wing restaurant of all.

They've built their business on the basic bro market in colleges and universities, amassing giant televisions that broadcast sports all day long, while offering 17 different signature sauces for their chicken wings.

They base their strategies on what they call, the "regular male."

And in case it needs clarification, a "regular male" is corporate jargon for "basic bro."

But let's move on to the tangible proof...

Yeah, so this exists.

And these are promoted by a basic bro's favorite comedian, no less.

In 2013, two storage facility employees almost pulled off the ultimate basic bro heist and by trying to steal $65,000 of frozen Tyson chicken wings.

Oh, the heights a basic bro will go for his beloved buffalo wings.