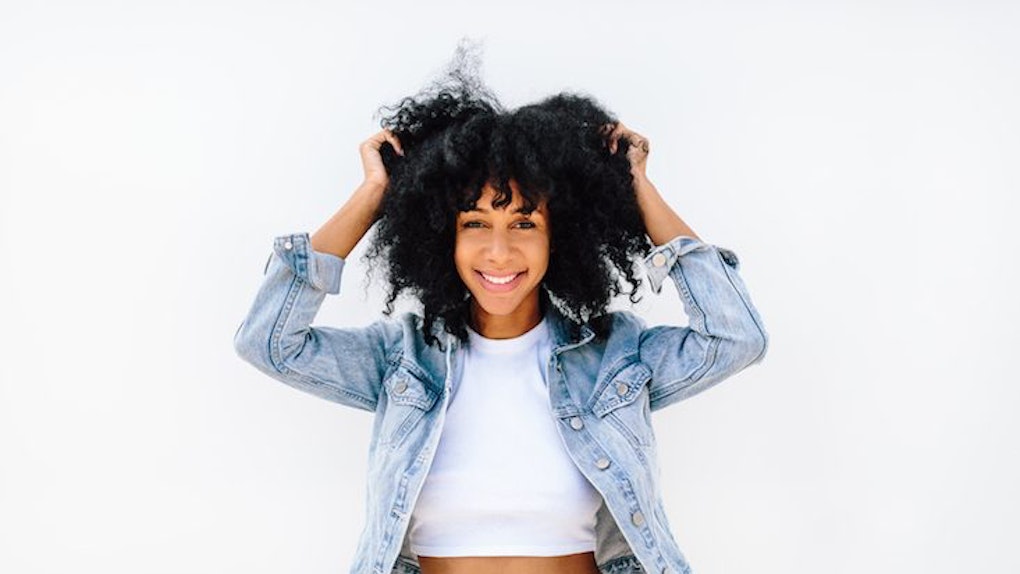 Positive People Aren't Naive — They Just Focus On The Good

There's a good chance that at some point in your life, you've been sorted into one of two buckets: a glass-half-empty person or a glass-half-full person. Vast generalizations aside — everyone's got an opinion! — most people do tend to gravitate more toward one side of the wide spectrum between optimist and pessimist.

Don't get us wrong: Human beings are complicated creatures and there's no such thing as a perfect personality type.

But we happen to believe that choosing to open your eyes and actually see the good in life (instead of always focusing on the bad) will give you a totally new perspective that just might make you feel happier. And since daily ups and downs are inevitable, opportunities abound to improve your outlook and your life.

Let's be real, though: Not everyone strives to be an optimist. In fact, they're sometimes judged harshly by those who don't quite understand their mindset. When optimists' way of thinking doesn't make sense to you, it's easy to assume they're naïve, ignorant, and not in touch with the real world.

But in reality, positive thinking doesn't signify a deficit in intelligence. Instead, those who look on the bright side make a conscious effort to focus on the good in life instead of dwelling on the bad. And while it's far from easy to maintain this attitude through everything life throws your way, it's ultimately a worthwhile pursuit.

That being said, we think it's time to set the record straight once and for all. Keep reading to see how we dispel the four biggest misconceptions about optimists.

1. They're not in a constant state of ignorant bliss — they're just focusing on the positive.

A lot of people assume that optimists maintain their positivity by blocking out all the bad things that happen in the world and in their lives. Aside from being totally impossible (especially in the digital age), this is no way to live!

Optimists react to the bad stuff just like everyone else, but they choose not to dwell in frustration and sadness, but rather to redirect their gaze to the good stuff.

Even in the midst of a personal hardship, taking a moment to stop and look at the sun shining and the clouds floating by can make a huge difference in your overall perspective.

2. They're just as smart as cynics — being an optimist doesn't mean you're naive.

Why do some people naturally assume that pessimists trump optimists when it comes to intelligence? It's easy to perceive cynics as realists and optimists as having their heads in the clouds.

But this stereotype has been proven wrong over and over again. Sure, there are intelligent people of all personality types, but it's incorrect to think that optimists are uninformed about the negative facts of life.

They acknowledge negativity like everyone else, but more important, they make the choice to focus on the positive instead of obsessing over things they can't change.

You can do this too — when you find yourself bombarded with an unsettling news cycle, don't disconnect yourself from the facts. Instead, make an effort to look for brighter (often overlooked) stories of goodwill. Trust us, you'll see them if you look hard enough.

3. They're not constantly disappointed — they know how to set expectations.

Since optimists are inclined to expect the best in people, they must be constantly disappointment when those around them inevitably fall short, right? Wrong.

Positive people aren't living under a rock, refusing to admit that there are flaws in human nature. Even though people and circumstances let them down sometimes, positive people never stop hoping for the best.

Armed with the knowledge that things may not turn out their way, optimists try to approach all situations with open minds. And when a loved one does something unsavory? They refuse to lose sight of all the good traits that they've seen the person exhibit in the past. We're human, after all, and sometimes we make mistakes. It's what we do after those mistakes that really counts.

4. They don't settle for less than success — they're incredibly ambitious and motivated.

PSA: Choosing to see the good in life does NOT mean settling for less than the best. In fact, it's often quite the opposite. For instance, while most people might look at a college rejection letter as a personal failure, optimists see opportunity — both for self-improvement and to exceed others' expectations.

Optimistic people strive for goals that may seem out of reach and they bounce back quickly from failure — two qualities that are correlated with success. So when it comes to everything from your career to your love life, trust us: It pays to be an optimist.