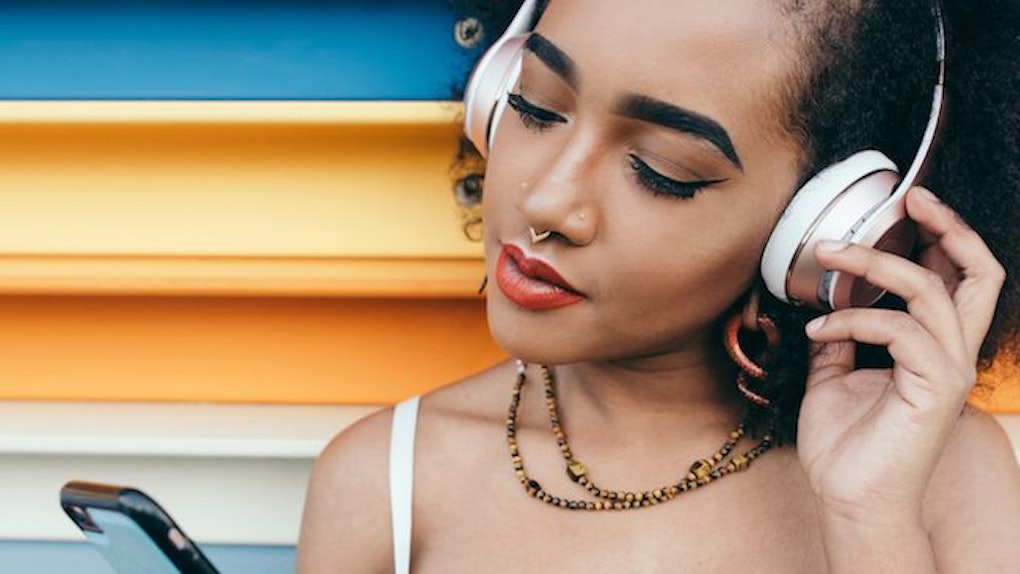 I've been writing a lot lately about yesterday's eclipse, and as much as that was a fun time, I'm happy to have the song, "Total Eclipse of The Heart" out of my head. Although, it seems, having that song stuck in my head happened for a reason, and in this case, it ended up serving as the inspiration behind this article. This article, my masterpiece, my opus, if you will, wherein I describe the '80s song for your zodiac sign.

The '80s were definitely an interesting time for music -- and you can most notably tell that from their song titles. I mean, the sheer amount of drama packed behind them speaks for itself. Titles like "Tainted Love," and "Don't You Want Me?" show the real emotions being felt that were most often masked by loud dance music. Nevertheless, the time will be immortalized in history forever, and now, since we're in the 2010s, will be forever referred to as "oldies." See if your '80s song makes sense for your sign.

Sorry Aries, but you guys are a rag-tag bunch of impulsive tramps if ever there was one. You need excitement, you need adventure, and most of all, you need the freedom to seek them. Let this be a message of empowerment for you and your Aries' brothers and sisters.

Well, you guys like to eat, you're a sensual bunch, ruled by your desires. And you have a hunger that goes deeper than one thousand leagues under the sea. I'm trying to be honest here.

Gemini: "You Spin Me Round," by Dead or Alive

Hey look, Gemini! It's a song that perfectly depicts your attention span at any given moment, no matter what you're paying attention to! A loved one, a potential job opportunity, an internet video... whatever it is, it reminds you of something else, something that spins you "right round, baby, right round..."

Cancer: "Total Eclipse of The Heart," by Bonnie Tyler

You thought I wasn't gonna include this 1980s classic, when it literally mentions your ruling planet of the moon, and is as emotionally sentimental as you are Cancer? Be serious for a minute. This song is the soundtrack to your life.

Leo: "Don't You Want Me?" by The Human League

I had to pick this song because it's how every Leo introduces themselves to strangers or begins conversations with old friends.

Virgo: "What's Love Got To Do With It," by Tina Turner

Seriously though, Virgo. What does love have to do with it? I mean the world is an emotional place for logical people such as yourselves. Enough with all the whining and tears. Let's get on with it, we all have work to do and everyone is embarrassing themselves with all these "emotions," they love to talk so much about.

Might as well face it, Libra. You, above any other sign in the zodiac, you are addicted to love. Spend an afternoon going to the movies by yourself just one time. You'll probably end up putting the popcorn in the seat next to you just to feel like you're reaching into someone else's lap.

If you don't know, now you know, Scorpio. Whether you're a man or a woman, gay or straight, when you finally decide to love, you practically eat the soul out of your lover. You practically absorb them until there's nothing left. But hey, you're not crazy, "you're just very passionate."

Sagittarius: "Walking On Sunshine," by Katrina and The Waves

Well, you are the most optimistic sign of the zodiac, ruled by the expansive planet of luck, Jupiter. You keep a bounce in your step and you try to keep things light; there's nothin' wrong with that. Forget the haters; they need to lighten up.

Capricorn: "Everybody Wants To Rule The World," by Tears For Fears

Actually Capricorn, not everyone does, you just think they do. The truth is, you're mostly in competition with yourself, but hey, whatever gets you up in the morning.

Aquarius: "With or Without You," by U2

Aquarius is a sign with a lot of friends, a lot of friends who they believe don't really and truly understand them, and frankly, they're OK with that. They're generally busy with their own ideas, their own inventions, and plans. They have everything they need, "with or without you."

Pisces: "Beat It," by Michael Jackson

Maybe the reason you Pisces always go after unavailable people who don't want them back is cause they subconsciously just want to be left alone to daydream about them, you ever consider that, you sad sacks? Just accept it. You want to be alone.