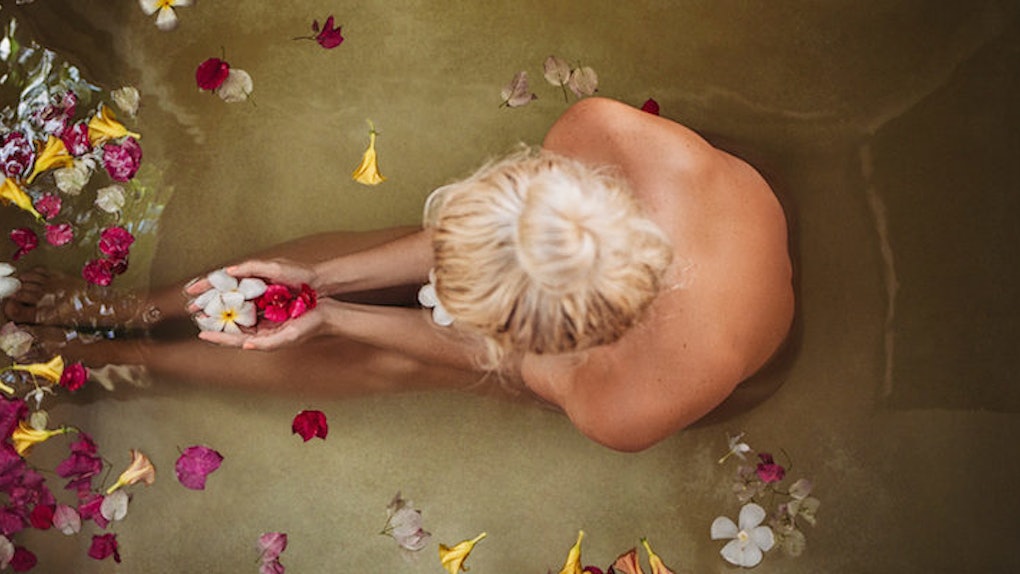 If I hadn’t recovered from anorexia two years ago, you would probably be the girl staring out from my reflection. I imagine that girl is quite different from the girl standing right here today.

For one thing, you might be dead. Even if you weren’t, I know you’d be a girl who hates herself. You'd be a girl who cries broken, ugly tears every night, who runs to escape the pain of existing and who doesn’t believe she’s worthy enough to be valued or to value herself. You wouldn’t see your potential. Alone, you dream of a future you won’t reach.

If I hadn’t recovered from anorexia, you’d be the girl who never faced her demons. You'd be a girl who bought into a lie of fear so heavy and deep that she never stepped outside what she believed was possible. You wouldn’t be planning a future filled with bright lights because you’d be too focused on the curve of your arm or the thinness of your thighs.

You, potential me, wouldn’t know what it feels like to embrace true joy. You might not even know the agony of college: its first semesters, second semesters and nights of second-guessing. More importantly, you wouldn’t have experienced these many things because you’d still be convinced you were right about everything, and you wouldn’t have allowed yourself to be proved wrong.

I know you would have stopped writing because you might not have survived this disorder. If you hadn’t, you wouldn’t have gone on to experience the life-changing effects of realizing how personal tragedy can be used to impact the lives of others.

You wouldn’t have had a reason to write. You would have remained stuck in the land of fairy tales and terrible Prince Charmings because you wouldn’t have met all the people who changed your mind.

Individuality wouldn’t have been important to you. Potential me, you would have a lot more loneliness bottled up inside you. You would have wrapped that dead fur coat of sympathy and self-pity around your neck until you choked. Unhappiness would be your constant companion. You would question everything because there wouldn’t be people beside you to remind you not all life’s questions have answers, and for that matter, not all questions are worth asking anyway.

Dear potential me: I imagine you’re a lot like the girls I see all around me, the girls I’ve met through my writing. They're the girls who are broken, lost, confused and alone.

I see you. I understand.

Please, don’t stop believing life will get better. Because I almost did. I was so close to convincing myself life wasn’t worth it that it brings tears to my eyes.

You had a lot of potential. Why didn’t you see that before it was too late?