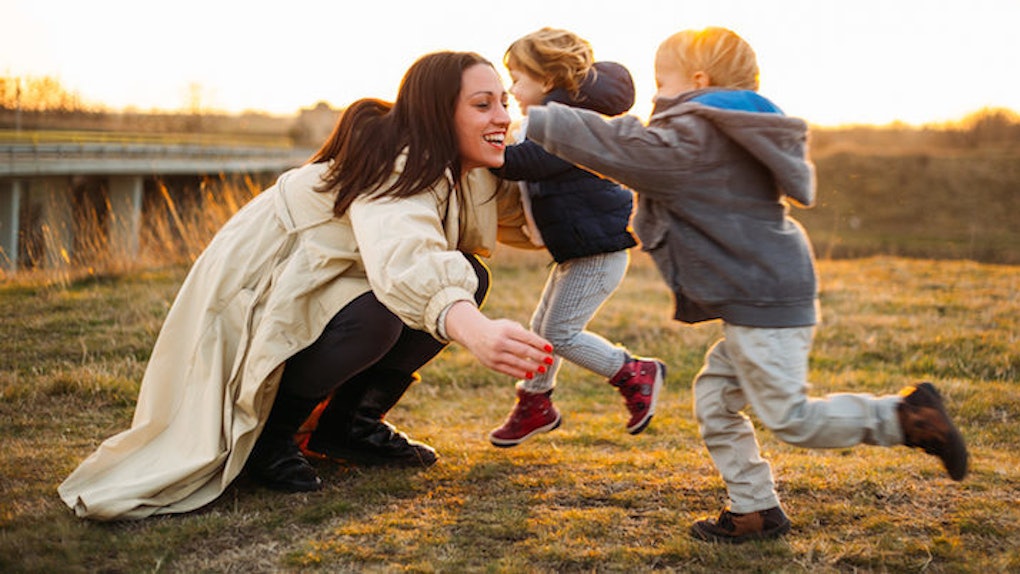 As an older Millennial, I grew up in the 90s, when helicopter parenting was de rigueur, and the concept of letting kids get hurt as a way to let them learn about life was thrown out the window.

My mom was not much different from other parents when it came to the constant hovering over kids, and to a point, she did try to soften the blows and slings of life.

That’s where the similarities between her parenting and what other kids experienced with their moms stopped.

Growing up in a rich, highly privileged little town back in the day meant that, as a kid, you were a first-class citizen. Parents were expected to sacrifice everything, even their financial stability, for their kids.

They were, to a point, expected to keep the kids young and as inexperienced to pain as possible.

So, parents in town began to incorporate a lot of little tactics to keep their kids from feeling things such as rejection, “poverty” or anything else that would have been considered negative.

My mom was an exception to the rule when it came to cushioning reality’s hits, and to a point, it gave me the perspective of an outsider looking in. It’s a good perspective to have.

Looking at the results of what happened with a lot of my friends back in the day, I feel like it’s my duty to Millennial moms to warn them of what happens when kids become over-coddled and over-sheltered.

Why? Because what I saw come out of many examples of this hyper-cushy parenting is nightmarish.

The Problem With Depression

A very wise friend of mine once told me we cannot experience happiness without first understanding sadness, pain and loss.

It doesn’t take a rocket scientist to see that people who have everything handed to them don’t get the same amount of joy and satisfaction a person who fought for it does.

Despite it being somewhat common knowledge, parents in my town thought giving kids everything they wanted would make them happy. Instead, what ended up happening was they always wanted more.

Kids, including myself, are generally not the most grateful of beings, naturally. It takes having to work for things to have kids understand the value of a dollar and how much effort goes into putting food on the table.

In my town, lavish birthday parties, designer clothing and the latest gadgets were the norm among kids. Because many of them never had to earn anything, they often felt worthless or like something was “missing” in their lives.

The problem with depression that stems from having everything and accomplishing nothing is it is very rarely noticed until it’s too late.

I learned that the hard way – at a friend’s funeral at the start of freshman year in high school.

Another problem with “wanting for nothing” as a kid is there are going to be some tragedies from which parents can’t protect you. For example, parents cannot protect you from a breakup with your first boyfriend.

To think we can protect a person from 100 percent of the damage dealt by life is ludicrous.

However, I will say there were some parents who managed to do a bang-up job of it, until the kids reached high school and began to date. Up until then, their kids had led perfectly charmed lives.

Parents positioned their kids in honors classes, made sure other parents brought their kids to their super luxurious birthday parties and also made sure their kids were decked out in designer A&F clothing.

Some parents in my school even sealed modeling contracts for their daughters so they’d be more popular. It was the ultimate charmed life.

So, these girls and boys led charmed lives until high school. Usually, they had no idea how to react when they were dealt a really bad hand at life.

Some girls who had their boyfriends break up with them took it out by taunting, hitting or stealing from the less popular girls.

Boys who noticed their girlfriends weren’t the perfect Barbie dolls they expected often abused them or just broke up with them, not knowing what to do.

Some, when they faced tragedy, froze up and clammed up. Others indulged in drugs as a way to escape. Others still lashed out in anger and threw tantrums.

Who could blame them? They never learned how to cope with problems earlier on in life.

This may be one of the biggest problems with my generation, or at least the groups with which I grew up.

Because they were raised in a magical bubble world where everything was handed to them on a silver platter, they believe they are entitled to that throughout life.

When reality hits, many are shocked to find that people are not helping them out, agreeing to date them or even giving them the time of day.

The concept of a healthy relationship is lost on both women and men, simply because they were so used to having people cater to their every whim.

Among men who expect to get a girlfriend just because they were sheltered from rejection by their parents, it’s common for them to verbally insult and abuse women who reject them.

Among girls, they expect guys who are flat broke to pay for everything. In a normal relationship, it’s a 50/50 give and take.

The thought of not having things their way all the time is totally lost on them until it hits them in the face with an eviction notice and a starving tummy.

When you are so used to a cushy lifestyle, it’s hard to ween yourself off it in favor of self-reliance.

When I hear of parents who come with their kids to job interviews, all I think of is how those kids are totally addicted to their parents’ help and coddling. Without it, they can’t survive.

But really, why would they ever leave if they are comfortable in their situations? They won’t. That’s like telling a heroin addict to leave his mountain shelter made of black tar.

A former friend of mine was like this. She refused to get a driver’s license until 23, and after that, her parents still didn’t want her to drive.

Instead, they hired someone to drive her to and from school because the “streets are too dangerous.” She’s too naïve to actually start a relationship with someone who isn’t trying to take advantage of her, and as a result, she rarely ever leaves her house.

She was given a job by her father, so she never even figured out how to land a job. The job, to make matters worse, pays her a lot more than standard industry rates.

She and I parted ways after a while, but every so often, I can’t help but think she’s charging straight into a wall covered in writing. The writing on the wall, at least from what I saw, is “certain doom.”

She’s totally crippled in terms of social interaction, completely inept with dealing with problems and totally unable to survive on her own. No one seemed to notice or care.

Admittedly, I was sheltered in a number of ways, but the lack of coddling on my mom’s part meant I still had to deal with things, which I dealt with by rebelling.

Unlike others who were sheltered, she didn’t rebel. Ever. The problem with people who choose to stay sheltered is there’s no good coming from trying to get them to be adults.

At best, you will have a person who rebels and is a hot mess for years, then turns into a reasonable adult. At worst, you will have someone who constantly prefers to stay nestled in her little ivory tower, a drug overdose or a complete meltdown.

After a while, I even capitulated and let her stay in her perennial youth, knowing full well that when real life hits her, it will make her crumble.

Speaking as someone who has had to overcome a lot of problems in her past as a result of living in a society where kids were happily sheltered from any damage, danger or nuance of reality, seeing the trend of sheltering and coddling kids is terrifying.

If we continue to be so risk-averse as a society, we will have millions of adults who cannot handle their own lives.

We will have myriads of socially inept, entitled and ultimately weak kid-ults who will need more help than we can give. It scares me. It really, truly does.

So parents, please, I’m begging you. Give your kid the opportunity to fail a test. Don’t argue with a teacher in order to inflate your kid's grades. Give your kid the experience of not getting everything he or she wants. Let your kid work for reward.

Give your kid the opportunity to hurt, because it’s the only way he or she will learn to deal with life later on.