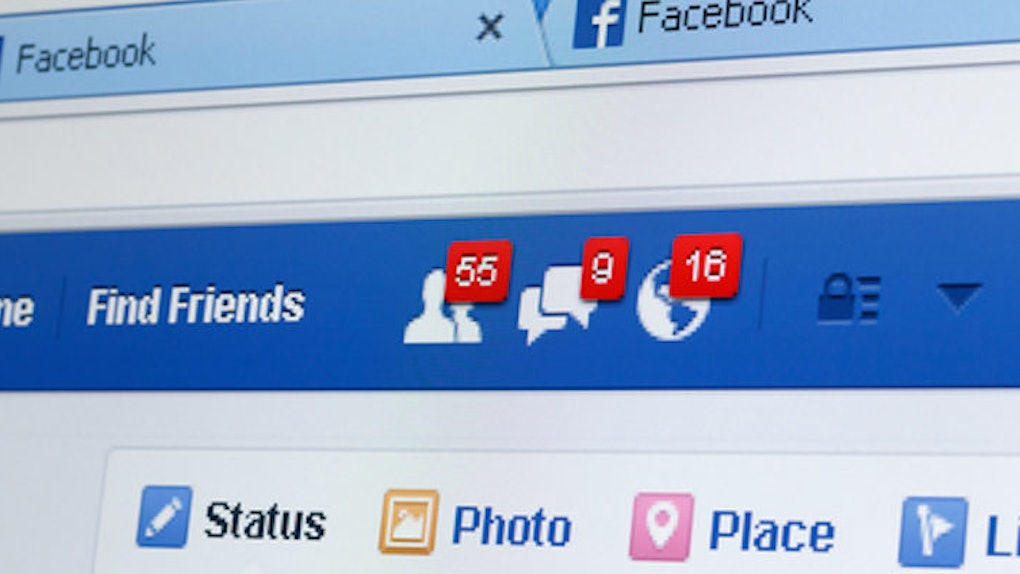 Get this: New research suggests people who don't use Facebook are happier than the average person who uses the social networking site regularly.

Can you believe it?

According to data presented by the Happiness Research Institute, outright quitting the social media site will leave you feeling more satisfied with your life.

It's revolutionary to think removing all the newborn baby photos, engagement pictures, wedding announcements and vacation albums from your daily observations would benefit your tragically mundane life.

The study, intend to observe how Facebook use affects our subjective wellbeing and general happiness, included 1,095 participants from Denmark.

Of the sample size, 94 percent used Facebook in their daily routine, and 69 percent of users admitted to posting photos of their most brag-worthy experiences.

At the end of one week, the participants reported on how the change in routine affected their life perception, with results showing the treatment group feeling significantly happier and more satisfied with their lives sans Facebook.

On the last day of the experiment, researchers also asked participants to report on their moods, with the treatment group eliciting markedly more positive emotions as a result of quitting Facebook.

Sixty-one percent of non-Facebook users felt enthusiastic, while less than half (49 percent) of Facebook users reported feeling the same way.

When asked if they enjoy life, 84 percent of the treatment group said yes, while 75 percent of Facebook users claimed the same.

And, when it comes to the ugly green monster that is envy, we all know what it feels like to be overcome by social comparison.

Thanks to social media, we get a filtered view at what seems like the "perfect" lives of everyone else and subsequently compare ourselves to their careers, relationships and daily routines.

The study showed that the effect of such comparison leads Facebook users to feel 39 percent less happy than their friends.

So, what do you say, guys? Is it time to throw in the towel on our social media profiles once and for all? Or is the twisted temptation of envy too good to give up?

According to the generals of happiness over at the Happiness Research Institute, saying "au revoir," "adios," "aloha," "GOODBYE" to Facebook is exactly what the doctor ordered.