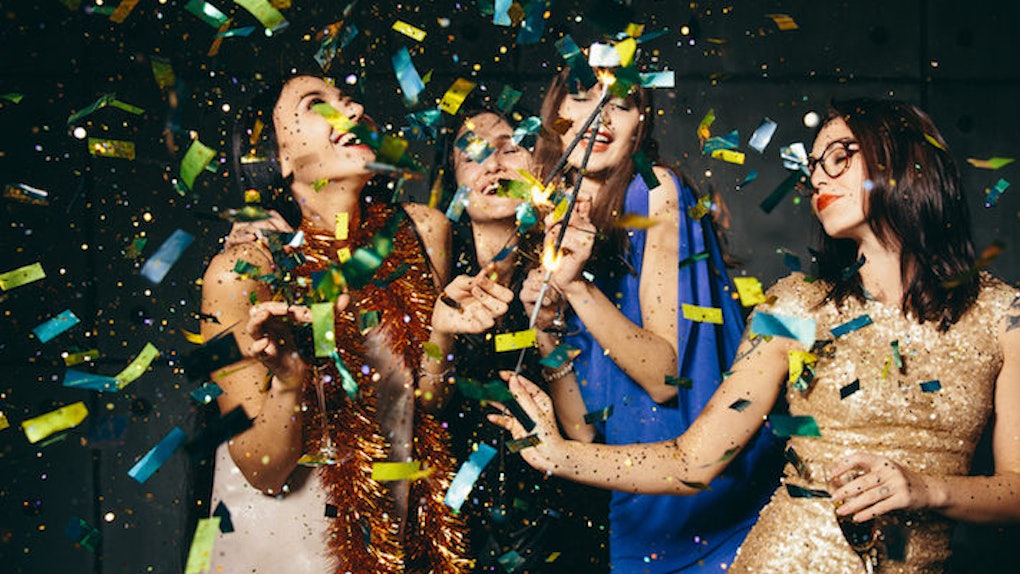 Avoid These NYC New Year's Eve Hotspots At All Costs

Growing up, I would stay up late to watch only two programs.

One was "Saturday Night Live," the other was the New Year's Eve Ball Drop from Time Square.

New Year's in NYC is the worst. Forget Times Square, the bad vibes that radiate out of the epicenter ruin the holiday all over the city.

New York is the best city in the world on literally any other night. And while any New Year's Eve in New York will probably suck, here are the ones to avoid at all cost.

I grew up in California, so what I didn't understand about those legions of people gathered under the effigy of Dick Clark on New Year's was that New York is cold as fuck in December.

And trust me, being crammed with thousands of other people into the same five-block radius in NYC is so 1910. Back then, it was called the Lower East Side and trust me, it was also miserable (but it was cheap and full of cool Europeans and by Europeans, I mean Jewish factory workers).

They were much better than the thousands of midwestern tourists drunk enough to finger their wives on the 1 train, not realizing they're actually supposed to be on the A train.

You may think you're so smart, avoiding the cold and having a large man sandwiched into your back, but still staying close to all the holiday action. Sure, this might seem like a good idea. Just remember you're paying $200 for Ruby Tuesday.

So you're young and hot and in NYC, the city that never sleeps, and tonight, neither are you. Well, hate to break it you, but if you thought Ruby Tuesday was pricy, you're in for a shock.

Have fun paying $30 for watered-down vodka crans as you're crammed in with so many white people trying to dance to music they don't "get" that you'll feel like you're in Times Square anyway.

Maybe there isn't a cover (although, this is the one night there probably will be), but you still have to share a tight space with some horrible, drunk people. This is their night. They only have three nights a year -- New Year's Eve, SantaCon and St. Patrick's Day.

Go out tomorrow, and they will all be gone. No one knows exactly where they go, but I suspect it's just Long Island.

Why you wore a dress to this is beyond you. This is Manhattan, so everyone's apartment can fit about seven people in it. Still, your host has decided to put in about 30, and you know none of them. Good luck returning that dress spill-free to the store tomorrow.

Maybe you've decided to just hang at home with your roommate and a bottle of champagne. Sounds cute, but you're a millennial, so you probably don't have a TV.

Instead, you'll just scroll through Instagram looking at all the glitzy fun everyone else is having.

This will give you type of FOMO  you will never be able to get over -- well, maybe until next year.

So, uh, that pretty much covers it. Realistically, New Yorkers, you're going to want to just head out of town. New Year's Eve is a night best experienced not in NYC. Sorry, guys!