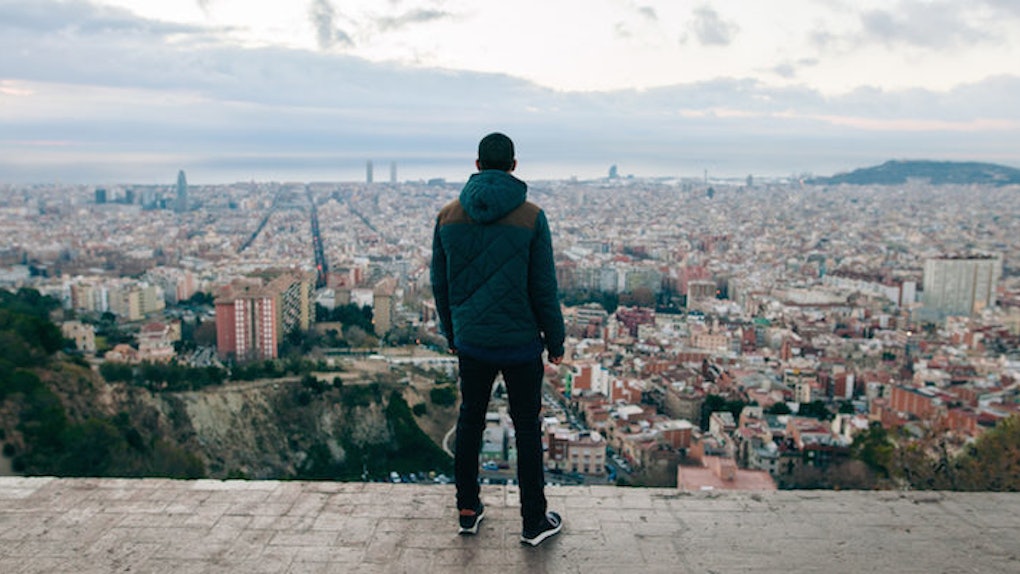 The mass of men lead lives of quiet desperation. What is called resignation is confirmed desperation.

My mom graduated from high school a year early. She graduated from college and got her master's degree in five years. She did everything "right." She got the grades, worked hard and climbed the ladder.

She spent the next few decades as a highly paid consultant. She achieved the proverbial American dream. She had the trappings of success: The brand new car, the wardrobe and the credit card with a limit so high she could go on as many shopping trips she wanted to.

Everything went smoothly for a long time. She rarely experienced regret. Then 2008 happened.

She lost her job and was unemployed for 18 months. She found work again, but it wasn't a six-figure gig. When an employer has to decide between a seasoned employee with credentials and a younger person who can do similar work for half the money, they always choose the latter.

She did a hell of a job raising two delinquent sons. She was amazing at her work. She's had the opportunity to travel and have interesting experiences, but I don't know if she ever found her calling.

She always mentioned wanting to start her own business. She was an Avon representative for a while, and she loved it. She was great at sales and enjoyed owning her little empire. She gave that up to spend more time with us.

I can't help but think she'll have to look back on her life with a bit of regret. It's not a bad life, it's just an incomplete one.

Many of us end up living "good lives," but there's still a hint of the "quiet desperation," Thoreau mentioned. We have dreams that slip away, ambitions that fade and we develop resignation for our situations. It's not completely our fault. We've been brought up in a society that encourages us to throw our dreams in the garbage.

The Quicksand That Swallows Dreams Whole

We live in a society built on carrots and sticks. You're taught early on to seek validation outside of yourself. Regardless of your uniqueness or individuality, you're all measured and processed the same way.

The carrots are the good grades and comments on your assignments from teachers. Like a part to a machine, you're processed through the education factory until you're an adult who can't help but respond to the carrot. Why do you think people work at six-figure jobs for faceless corporations?

It's not because they love what they do. It's because chasing the carrot is all they know. Keeping up with the Jones's becomes more important than being ourselves and doing what we truly want.

We buy things we don't need, with money we don't have, to impress people we don't like.

You learn to avoid eye contact with the teacher when she asks a question you're unsure of. You learn that falling below a certain percentage on an assignment makes you less than your peers. You learn to fear the judgement of those around you.

The conditioning continues right into adulthood. Instead of taking initiative at your job, you do what you can to not get fired. Instead of starting that business or writing that book, you choose the "safe" option of going to a meaningless job.

An Unconventional Approach to Finding Meaning and Happiness

Positive thinking alone won't get you far. In fact, some research shows that visualizing your success too much can make you feel like you've already accomplished something, even though you haven't.

You're feeling stuck. You're working in a meaningless career. You feel like the dreams you once had have slipped away. You could say "oh well," and continue to live your life this way, or you could be a little tough on yourself and decide you're not going to give into a mediocre life.

Maybe you don't need to "love yourself" if you're not being the "you," you want to be. Maybe you shouldn't pretend life is rainbows and roses because your situation is "OK." Maybe it's a good thing to have relentless drive and always want to push a little bit more.

There was a time when I seriously considered becoming a full-on Zen Buddhist. I read a few books by the Dalai Lama and Thich Nhat Hahn. The thought of having no stress or worries appealed to me. I did yoga and meditated for hours every day. I was on the verge of moving to Tibet and living in a cave.

Thankfully, the phase didn't last. The tenets of eastern philosophy are helpful for finding peace, joy and meaning. But personally, a life of "nothingness," isn't what I want.

Gratitude and contentment can be foundations, or they can be masks. There's a difference between building an action-filled life on top of these emotions, and hiding behind them to avoid doing uncomfortable work.

Living a "normal" life because that's what other people do is the equivalent to sitting on the couch. You don't feel stress in the short term, but the life of quiet desperation causes an ongoing mild stress.

Then, one day, it hits you. You're 50 years old. You look back at your life and say to yourself, "What have I done?"

The biggest regrets of the dying include not doing what they truly wanted to do in life, being like everyone else and playing it safe. But they can't get the time back once it's gone.

I've had comments to previous posts I've written saying something along the lines of, "That's great, but some people have to earn an honest living. They have kids and responsibilities. If everybody went after their dreams, who would pick up the trash and serve us our food?"

I understand where they're coming from. There are roles in society that currently need to be filled. A percentage of the population will always work in jobs they don't like and suffer through monotony.

If you continue working where you're working and living how you're living, what will the next decade look like for you? Expand that out to the end of your life. Maybe you'll have gotten a few promotions, won an award and received a gold watch for your retirement. But will you have lived?

I write because I believe in freedom. Freedom for you and I both to live the lives we deserve. Not in terms of money or fame, but in knowing we got to share our gift as much as possible.

What gifts are you hiding? The world needs something from you. When will you make the decision to give it freely? When will be the right time for you to start living life on your own terms?

One day I'll buy my mom a brand new house, and give her seed money to start her business. She'll be in the "Forbes 60 Under 60."

If this post resonated with you, subscribe to my blog. You'll receive the first chapter of my bestselling book, "The Destiny Formula," plus tips, tools and resources to help you live your dream life.