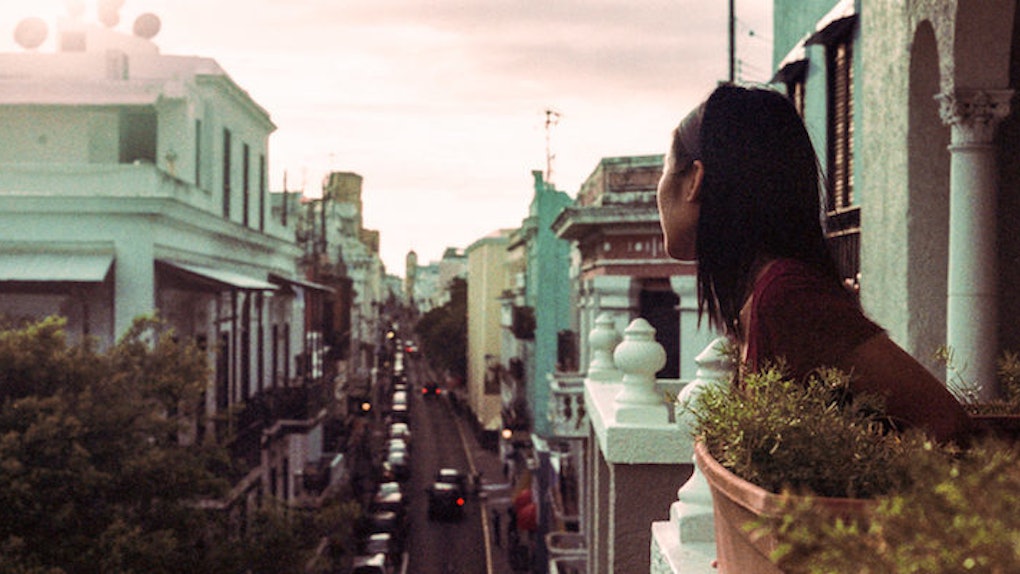 What does the word “hostel” bring to mind? The answer probably depends on whether or not you've actually stayed in one.

If you have, then you may have the fond memories that hostels are supposed to build. You may have found one that was tucked away in that oh-so-perfect part of the city. You might have met an amazing cast of characters and earned friendships for life.

But if you haven't stayed in a hostel before, then my guess is, you have an image in your head of what a hostel is. And it's probably off the mark.

There are certain misconceptions about hostels that come with the territory. There aren't many areas in which I claim to be an expert, but as the owner of a top-rated hostel and as an enthusiastic guest of 150 (and counting) hostels across the globe, I'm probably better informed than most. By this point, I've heard, seen, read and done it all.

That short preamble is necessary for what I hope will be a useful bit of hostel myth-busting. No, every hostel is not a horror movie waiting to happen (thanks Eli Roth). But it also isn't “Eat, Pray, Love” all the time.

Here are the most common misconceptions about hostel travel:

1. Hostels are only for young people.

Hostels aren't just a young person's game. I write this while sitting across from Helen, probably the most entertaining and beloved guests I've met, who also happens to be 71 years young.

In my travels, I've come across hostel guests of all ages. Like Robert, my 60-year-old bunkmate in Leticia, Colombia, who was boating down the Amazon River and had been doing similar adventures for the past 10 years straight after selling his house in the UK. He told me he had enough money to travel for 15 years if he did so frugally.

When I asked what he would do after his travels, he responded, “Well, I guess I'll figure that out in five years.”

Or Elaine, the 64-year-old grandmother of three who hiked Pacaya (an active volcano in Guatemala) with me and five other hostel guests. She even had the foresight to bring marshmallows for us all to roast on the lava at the top. She said hotels had always bored her, and hostels were her “fountain of youth.”

This is probably the biggest misconception about hostels. Yes, hostels were originally marketed to a young European demographic, but the term “youth hostel” is a bit antiquated. The truth is, both the affordability and the camaraderie of hostels have made them hugely attractive options for older travelers, many of whom are traveling on a budget.

You add to that the fact older travelers can often be less encumbered. Their kids may have left the house, they may be traveling alone and they may have no particular itinerary in their heads. All of those things make hostel travel not only an option, but a preferable one to the more sterile and drab accommodations offered by hotels.

Don't let movies and media fool you: Hostels can be a dream come true for older travelers and a welcome adventure for people looking for something a little different.

2. Hostels are all party, all the time.

Although some hostels position themselves as “party hostels,” the vast majority do not encourage partying within their walls. There's a simple reason why. Most hostel owners — myself included -— want nothing to do with the chaos, crying, broken furniture and general unpleasantness from a hostel that's known for partying.

The social atmosphere within a hostel is a huge part of what makes the experience, but that experience doesn't necessarily have to involve getting boozy. In fact, the best hostels don't use alcohol as a crutch. They create an atmosphere organically that leads people to explore the city, cook meals together and trade stories long into the night.

If you're worried about your would-be hostel turning into a frat party, check to see if they enforce a “lights out” or quiet time each night. Read the most recent reviews, and see what people enjoyed most about the hostel. Odds are, it's probably the fellowship of the people who were there, not the drinking.

3. Hostels are all basically the same.

This is a personal point of frustration: All hostels are not exactly alike. Just as hotels can span the gamut from Motel 6 to the Four Seasons, hostels can be just as diverse and different.

Don't let one hostel story color your view of all hostels. For one thing, as hostels grow in popularity, a natural segmentation will occur. But until then, understand that not all hostels are marketed to the same demographic.

Take, for instance, the most widely accepted categories of hostels, such as “poshtels,” which are a growing market of luxury hostels with amenities that rival any boutique hotel; “adventure hostels,” which specialize in excursions and exploring the outdoors; “hacker hostels” or co-working/co-living spaces, which cater more towards the start-up crowd; and, of course, the infamous “party hostels,” which cater to those looking to get wild.

In between, there are a dozen other varieties, all of which provide unique and different experiences for guests.

The first hostel I ever stayed at was geared toward families (I was unaware). The early curfew, children playing and general family vibe didn't mesh well with 22-year-old me who was traveling solo. Had I allowed that to determine my outlook on hostels as a whole, I may have never stayed in another and almost certainly wouldn't be writing this article.

If one hostel doesn't fit your style, there is bound to be another which does.

4. Hostels are a cottage industry.

Hostels can sometimes be viewed as the amateur younger brother of hotels when it comes to the behind-the-scenes operations.

While some of the best hostels are still one-off locations run by eccentric former backpackers, the industry as a whole is extremely sophisticated.

In Europe, there are established chains such as Generator Hostels, which manage over 12,500 beds across 15 properties. Another is A&O Hostels, with 27 locations across 18 cities. Hosteling International has over 4,000 locations worldwide.

In the United States, the billionaire Ron Burkle dedicated $250 million in 2011 to open hostels across the US. His “Freehand” hostels have since seen great success in Miami and Chicago, so much so that he recently announced an investment to create a new hostel in downtown LA. That all seems fairly professional to me.

The growing investment in the US hostel scene is creating a market in which institutional money can make a play. This means that over the next decade, we're going to see a variety of well-established operators making hostel plays and bringing the industry even more into the public's eye.

My cousin thinks hostels are “a frat house with a language barrier.” This same cousin has never been to a hostel or traveled outside her state of birth, but she is convinced hostels are dirty. I can understand the logic, if we assume all the other misconceptions. How can something stay clean with a dozen 20-somethings funneling beers in every open corner?

In reality, you'll often find the best hostels have a more regular cleaning schedule than your favorite hotel. Since the concept of shared space is emphasized, hostels have very regimented cleanings to ensure everything is kept nice and tidy for the many coming and going guests. The guests themselves generally take it upon themselves to clean up a bit for the same reasons.

Sure, there have been more than one occasion where I was afraid to take off my sandals in the bathroom or go under the sheets when checking into a new hostel. And I don't think I'll ever forget the smell of a certain hostel in Brazil. But that was the exception, not the norm. The same thing can be said of hotels or Airbnbs.

To ensure a hostel meets all your hygienic needs, you can always look at a hostel's cleanliness rating and see in real time just how clean those hostels are kept.

6. Hostels are for cheap people.

I've never encountered someone staying at a hostel because they had no other options. Hostels aren't homeless shelters, and people stay there because of a love of travel and a passion to experience the community atmosphere. They know they can get an almost hotel-standard accommodation with the real possibility of making lifetime friends and memories.

I've met guests who have been venture-backed CEOs, best-selling authors, Grammy-winning musicians and dozens of other interesting people, all of whom could have afforded any hotel in town. Why do they stay in a hostel? Easy: To take advantage of the communal atmosphere and avoid the boredom of a stay at a traditional hotel. Think about it: How many people have you ever met at a hotel bar?

“Surely all these poor people in the hostel will rob me.” My cousin didn't say that, but I can imagine her and others who have never stayed in a hostel saying something similar.

Another poorly conceived concern that comes with shared accommodation is theft. When you first arrive, there are strangers anywhere and everywhere. Lessons from our parents about "stranger danger" come flooding back.

To ease this concern, most — if not all — hostels provide lockers for any valuable items within the rooms. There are also door codes, CCTV cameras and other security measures. In reality, none of these are necessary, the stranger in your room is there for the same reason you are -- to explore a new city, meet some new people and generally have a good time.

Almost every day for the past two years, my MacBook has lived unguarded in HK Austin's common room (and many times my cell phone, keys and wallet). I'm still typing on it now, and the only times it has ever disappeared is when a guest has put it away in a locker for me.

If hosting over 4,000 guests has taught me anything, it is that people across the globe are generally good. Keeping this frame of mind and your valuables in the locker should be more than enough to keep yourself secure

8. Hostels only have bunk beds.

If the thought of someone sleeping above you keeps you up at night, fear not. The vast majority of hostels offer private rooms as well as dormitory bunks. Hostel owners understand that sometimes, you just need a little more privacy.

When you're looking at a hostel booking site, you will be able to narrow down your search to see hostels that provide private rooms. If you still want to share a room with a friend, you can get semi-private rooms, but not with five other strangers.

That way, you'll be able to enjoy the atmosphere of the hostel, while still having a quiet space to relax, sleep or whatever else you want to do without an audience.