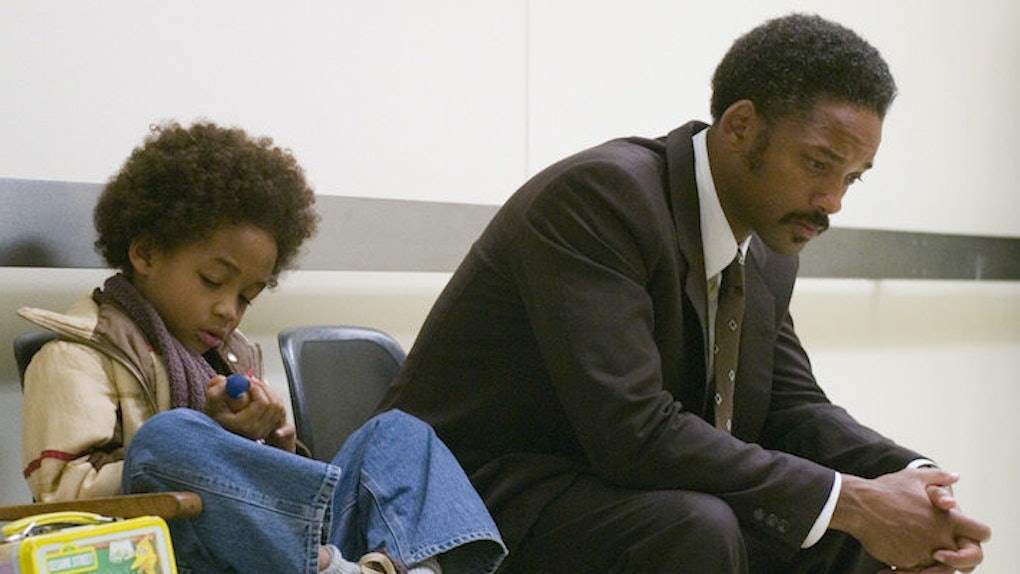 I recently came across a quote from the movie, "The Pursuit Of Happyness." It was a good quote, full of inspiration, wisdom and determination. It was about fighting for your dreams, never letting anything get in the way.

As a millennial currently working to find my place in the world, I felt a special connection to this quote and an overwhelming urge to learn more about the story of its owner, Chris Gardner. I had seen "The Pursuit Of Happyness" in theaters when it came out in 2006, and maybe one time after when Blockbuster was still around, but hadn't revisited it or really even thought of it in seven years; so I decided to reexamine the story of Chris Gardner.

You got a dream... You gotta protect it. People can't do somethin' themselves, they wanna tell you you can't do it. If you want somethin', go get it. Period. -Chris Garnder, "The Pursuit Of Happyness"

The story of Chris Gardner first appeared in his autobiography in May 2006 and became the number one New York Times best seller for 20 straight weeks. Later translated into over 40 languages, his book took the world by storm with its honest portrayal of a man's quest to better his life. The book was an inspiration to millions, shocking people with this once homeless man's determination to become a millionaire. It was so good they didn't even wait a year to make a movie based on his life; it was released in December 2006.

In an interview with Chris Garner after the release of the film, he stated that the film was an honest and accurate depiction of his life. He was on set for the filming of it, making sure nothing was distorted or given false representation. Thus, we really can take from the film the true story of the inspirational homeless man turned millionaire.

In the movie, Will Smith plays Chris Gardner at the point in his life when his wife has just left him and he is now a single father, struggling in poverty. Unable to sell many of the bone density scanners he invested his life savings into, he finds himself struggling to pay rent. Within one year, he manages to become a stockbroker at a top firm and goes on to run his own multimillion dollar firm.

People gravitated to the story of Chris Gardner because it's the ultimate success story: the story of the underdog. It's about perseverance, determination and hard work. It's a true testament to the idea that if you work hard enough and long enough, you really can achieve anything. In honor of one of the greatest success stories of our generation, here are the life lessons we can take from Chris Gardner and his "Pursuit of Happyness."

"The Cavalry Ain't Coming, You Got To Do This Yourself."

While trying to sell one of his bone scanners downtown, he meets Jay Twistle, a manager for Dean Witter, whom he impresses after solving a Rubix cube puzzle in a taxi ride. After securing an interview with Dean Witter to become an intern stockbroker, he is arrested for unpaid parking tickets. After spending the night in jail, he must decide between showing up for the interview in his clothes from the day before or not going at all.

After sucking up his pride, Chris shows up to the interview in sweatpants and a wife beater. However, this doesn't stop him. He rises to the challenge, and presents his reasons for candidacy with such strength, determination and passion that his employers were forced to look beyond his appearance.

"Ready Or Not. Tell Yourself To jump."

Chris must struggle with finding a place for him and his son to sleep while maintaining the illusion at work that he is the most put together, normal candidate for the possible job at the end of the internship. He must maintain that he is just like everyone else, he is not destitute. At one point he even has to go so far as lend his last $5 to a coworker for a cab, just to maintain the illusion.

Every day he must run from work to secure a place in line at the shelter so he and his son can have a bed at night, thus putting himself at a serious disadvantage with the other candidates for the job. Due to his limited time, he must find a way to make his sales calls at work more efficient, even going against protocol when he reaches out to very high level prospective clients.

Even at the lowest point of his life, when he was sleeping with his son on the restroom floor of a subway station, he maintained the illusion that he was just as much a viable candidate as the other interns who had homes and all the luxuries of modern day businessmen. He proves that perception really is everything, and how you make people perceive you is a major part of the recipe of success.

"Do something that you love. Whatever you're going to do is going to be tough. Find something that gets you so excited that the sun can't come up early enough in the morning because you want to go do your thing."

Chris Gardner never let anything stop him from his dream, his one true passion. He knew how hard and special it was to find something he not only loved doing, but that he understood. He pursued that goal with everything he had, every fiber of his being. Because what else is there in life if you aren't pursuing your dreams? What's the point of it all? We have one life, one shot, to do what we love and to make the most of our lives.

You must find your path, your focus. It's important that you keep your dream alive and keep a clear eye on the end goal. It's not about the failures and missteps along the way, but how they help to make you stronger on your journey to the end.