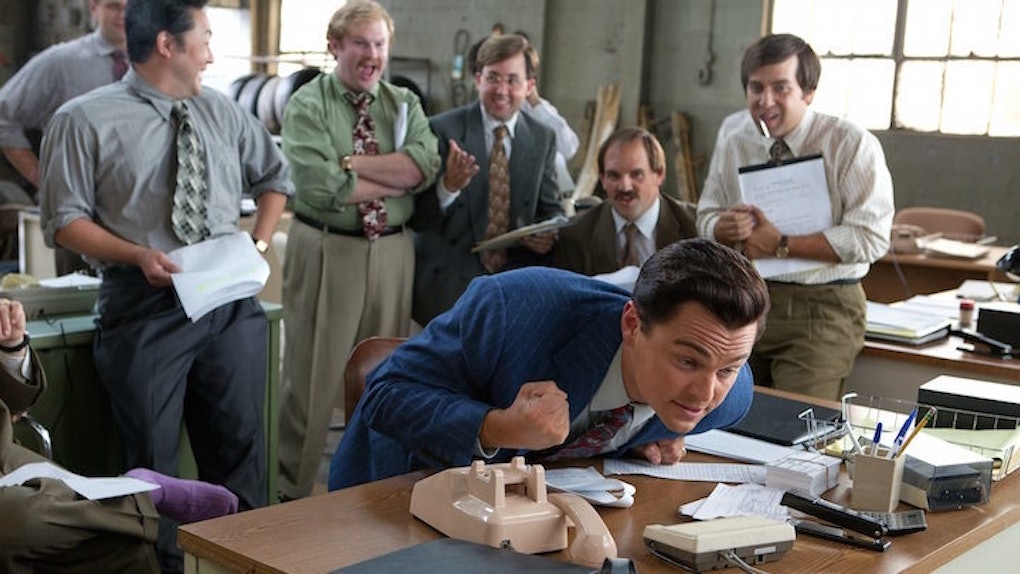 When I entered consulting after college, I set a goal for myself. I would be promoted from analyst to consultant as fast as possible.

I quickly realized each of the following had to happen in order to achieve this goal:

1. I must perform at a higher level than my peers. 2. The company must have an opening at the consultant level when I become eligible for early promotion. 3. I must get assigned to projects attached to long, high-paying contracts.

That meant I could outperform the other 10,000 plus analysts at the company, wow my managers and clients and ultimately fall short of my goal.

Or, I could accomplish my goal, but make sacrifices to my long-term professional and intellectual development. This would occur by working 24/7 with people I don’t respect on uninteresting projects, without learning meaningful things.

Either way, I was doomed.

My goal was too self-oriented: I was the only person whose long-term satisfaction rested in my ability to earn an early promotion, so I was the only one fully committed to achieving this accomplishment.

From a young age, we learn to pursue arbitrary, borderline superficial goals with blind focus, rarely stopping to think about the true significance of the pursuit itself.

Ace the test. Get the grades. Get accepted to the top college. Get the prestigious job.

Sure, predetermined milestones like these teach us how to channel our ambition and develop strong work ethics. They help us organize our lives and establish destinations, but they also ignore the importance of cultivating our own values. We don't stop to think why we want the things we do.

Instead, we chase expectations set by others, and we follow the paths of people who often have no idea how they ended up walking the roads they did.

Amidst these so-called standards for success, I always found one pursuit far more motivating than the rest: team sports.

Unlike tests, which were fleeting, and college acceptance letters, which were subjective, success on the soccer field had long-term meaning for me.

I knew why I was playing, and it wasn’t because it seemed like the right thing to do. On the contrary, early-morning workouts and heartbreaking losses often made me second-guess my commitment. But surprisingly, that uncertainty motivated me even more.

I was motivated because I had teammates who shared those doubts, but they understood facing them as a group would ultimately make us stronger as individuals.

I also realized our work together far outweighed what any one person could achieve on his own. I gravitated toward this grandiose vision of team success even when we weren’t together.

Ironically, these days centered around teams marked the pinnacle of my ability to self-motivate.

Years later, I now value and emphatically embrace the overlooked idea that forged my uber-focused soccer-playing days. It’s the idea that we should always pursue team goals over personal ones.

At first glance, this mantra is ripe with shortcomings:

How can I do what’s best for me when I’m focused on the goals of a group? What if the teams I commit to lack purpose and vision? Won’t team dependence diminish my personal independence?

In light of objections like these, it’s important to clarify two key qualities to look for in life-changing teams. First, you must genuinely believe in the team’s mission.

If you do not feel the mission at hand is bigger than you and is worth fighting for, you will struggle to commit to, learn from and be accountable for your individual obligations. Example: I know why I’m doing X. This work will meaningfully impact our team’s ability to do Y.

Try completing that sentence with your individual contributions and your team’s underlying mission. If things sound “off” or even boring, you’re likely selling your dreams short.

Example: I know why I’m helping an energy company reduce its budget. This work will meaningfully impact our team’s ability to sell more work to this energy company.

Thoughts like that didn’t motivate me, so I left consulting to find a team whose mission did.

The second quality to look for in a team is your ability to learn from fellow teammates. This may seem obvious, but it highlights a glaring pitfall of personal goals, which make it difficult to grasp lessons and skills not easily accessible on one’s own.

It’s challenging to find people who are not only willing to commit themselves to the same projects you are, but who are also willing and able to teach you along the way. Do not take this challenge for granted; passion and apathy are both contagious.

The types of people you surround yourself with plays a critical role in your ability to self-motivate, which is an extremely valuable skill. I alluded to this concept earlier, but NFL legend Bill Walsh explains it better in his autobiography, "The Score Takes Care of Itself":

The challenge of “becoming a winner” is so broad that most of us define it prematurely before stopping to think, “Am I climbing a ladder against the right wall, or the wrong wall?”*

Instead of fitting yourself into the mold of a person you aren’t certain you want to be, take Paul Graham’s advice, and embrace values that stimulate the team pursuit: (1) Learn a lot about things that matter, then (2) work on problems that interest you (3) with people you like and respect.

These steps won’t guarantee your success, but they will provide you with the confidence to chase the goals others will continue to view as mere dreams.

And if and when you fail, at least you’ll have committed team members by your side at the bar, encouraging you to get back out there and chase again.

*This question sits at the heart of Stephen Covey’s success Bible, "The Seven Habits of Highly Effective People." His second habit encourages people to always begin with the end in mind, explaining: If the ladder is not leaning against the right wall, every step we take just gets us to the wrong place faster.