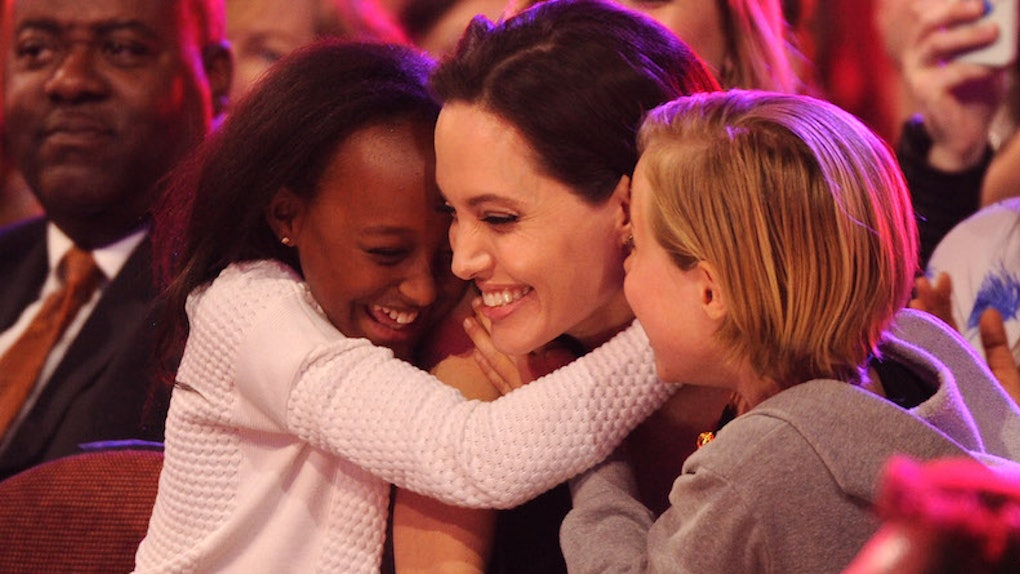 People Who Don't Want Children Need To Read This Letter

I know there are a lot of parenting cynics out there. You guys come in a variety of packaging. I get it: You don't want children.

One dude I knew, years ago, said he wasn't sure about having kids because “the research” suggests parenthood doesn't make you happy. I think he was referring to this, or this or this.

For more on the truth, but also BS of this, read on.

I also had a friend who is a philosophy fiend, and he told me he just couldn't risk it. He did not know for certain he would be a great dad.

So how could he, in good conscience, bring an innocent, helpless life into the world, only to royally screw said kid's life up with his own mess of baggage?

I have girlfriends who don't want kids because it might interfere with their careers. Or they grew up in a dysfunctional household are were witness to and victims of terrible mothers and fathers.

Occasionally, you stumble across those who lament the lack of “tests” for procreation. These tend to be inveterate snobs, but underneath that upturned nose is perhaps genuine sympathy for kids whose parents don't take very good care of them.

I get it. Plus, being single is fun. It just is. I remember the days often and fondly (for the most part).

Even if you have an SO, being kid-free leaves millions of doors open. Everything from spontaneous midnight movies to hitting up Hotwire's last-minute flight deal. If a new restaurant opens, you're there. If a friend invites you over for a Netflix binge-fest, game on.

None of this is remotely possible with kids. So, full disclosure, up front: You will be saying buh-bye to lots of fun and freedom when you become a parent.

You will be saying buh-bye to lots of fun and freedom when you become a parent.

But “fun” is not the only measure we should apply to our lives. And prep yourselves, because my next proposition is perhaps more radical: simply achieving “happiness” is also not, necessarily, indicative at all of a good life.

WTF are you talking about, Jess?!

Let me explain: When my daughter was born, all my friends were single. And we went out. A lot. To dinners, bars, films, concerts, festivals, coffee shops, wherever. I was kind of never really home, except to sleep.

And it had been really hard, adjusting to pregnancy. Limited coffee, zero alcohol, added exhaustion, plus total body change? That was hard.

But it was nothing compared to taking care of an infant. Add to this the fact that my husband had to move to another country for work, and I happened to live hundreds of miles and multiple states away from family, and you know…

Those first eight weeks of baby girl's life were not “fun” for me.

They were so, so much more.

I had never experienced that kind of euphoria, where I'd stay up just to watch her. It was love and bliss, and it was all-encompassing.

The world seemed like new, unrecognizable place — a place where the word “Mom” somehow applied to me, where a new soul now existed. And nothing would ever be the same.

Now, maybe that loss of independence sounds a little… awful. And there are times when it is.

There are times when that kind of dependence on the well-being of someone else while being simultaneously responsible for said someone else's survival is just radically difficult to bear.

But it also changes you in extraordinary ways. It makes you aware of other children, for one. It makes you notice them and think about their well-being. Which is to say, it makes you less selfish.

Being a parent makes you think of other children, which is to say, makes you less selfish.

It makes you value the gift of a smile, of a budding personality. You see your baby giggle for the first time or sob hysterically, and from then on, you see everyone you know differently.

Because you realize they were all babies once, totally dependent, totally tiny, totally adorbs. You have sympathy, in a new way, for friends, exes, siblings, teachers, whomever has hurt you.

Which is even more proof parenthood makes you less selfish.

You care about taking care of the environment, rescuing the children of Aleppo and ensuring peace, stability and a good economy, so they can have an even better planet to inherit.

This is all good, though perhaps not “fun,” and perhaps not the carefree definition of “happy” we tend to rely on.

Parenthood is so much more than "fun" and "happy."

So, yes, I hope you have kids.

(And in case you need “the research” to help persuade you, check out this article: “Does Having Kids Make Parents Happy After All?” The answer researchers found: Yes).